At the job more than 60 hours a week had most damaging effects on women's well-being, study finds 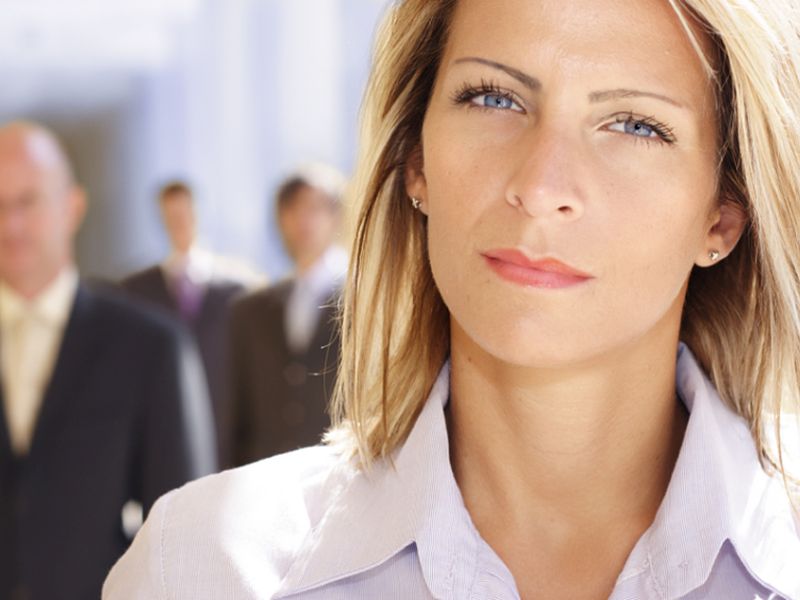 TUESDAY, June 21, 2016 (HealthDay News) -- Years of working long hours may help you climb the career ladder, but those hours may take a steep toll on your health -- and that's especially true for women, new research says.
"People who habitually put in a lot of long hours for many years, even decades, are really running an increased risk of potentially seeing chronic disease later in life," said study researcher Allard Dembe. He's a professor of health services management and policy at the College of Public Health at Ohio State University.
The link between long work hours and disease ''seems to be present a bit in men but is tremendously more evident in women," said Dembe. While the study cannot prove cause and effect, he said, the associations were strong in women.
When the researchers compared men who worked more than 60 hours a week to those who worked 30 to 40, they found those who worked the longer hours had more than twice the risk of getting osteoarthritis or rheumatoid arthritis.
But men's risk for other chronic or serious diseases didn't go up substantially. In fact, those who worked 41 to 50 hours had a lower risk of heart disease, lung disease and depression, researchers noted.
But when the study compared women who worked 30 to 40 hours a week to those who worked more than 60 hours a week, women who worked more had substantially higher rates of disease. Women who worked 60 or more hours had more than three times the risk of heart disease, non-skin cancer and diabetes, nearly three times the risk of asthma, and nearly four times the risk of arthritis, the study showed.
The risks for women began to climb when they worked more than 40 hours and escalated above 50 hours. The gender differences were surprising, Dembe said, as was the strength of the increased risks he found for women.
The study included information on the working habits of nearly 7,500 U.S. men and women over more than three decades. Most of the study volunteers were over 50 toward the end of the study.
The researchers then looked to see if there was any link between work hours and the diagnosis of eight different diseases. These included heart disease, non-skin cancer, arthritis, diabetes, chronic lung disease, asthma, depression and high blood pressure, the study said.
Twenty-eight percent of those in the study worked 30 to 40 hours weekly. Most people -- 56 percent -- in the study worked 41 to 50 hours a week, the study said. Thirteen percent put in 51 to 60 hours weekly, while 3 percent toiled for 60 hours or more a week, the study found.
Dembe could not explain why more work hours seemed to have such an impact on women's health, but believes that women's multiple roles are at the root. "My speculation is, they have to balance all these other roles, parenting, child care, domestic responsibilities, worrying about everyone's health care," he said.
Working the long hours can interfere with sleep and keep the body in a constant state of stress, Dembe said.
The study findings make sense, said cardiologist Dr. Nieca Goldberg. She's medical director of the Joan H. Tisch Center for Women's Health at New York University Langone Medical Center, in New York City.
"These women [who log long work weeks] are not taking care of themselves," Goldberg speculated. "Maybe they are not going to screening tests [such as mammograms].'' Working long hours and taking care of a family may leave little time to prepare meals, she said, so these women may be eating and serving their family fast food or other takeout that is unhealthy.
Women working long hours who are single mothers may have even more responsibilities and stress, she said.
So, what can women do to protect their health? "Obviously, people need to work and pay their rent," Goldberg said. However, she tells women who work long hours to step back and take stock. Is there something they can cut out? Perhaps doing less volunteer work until the work load on the job declines?
Goldberg said taking some time for yourself every day is crucial. That could mean getting some exercise, reading a book, watching TV or even just sitting doing deep breathing. "Clear your head," she said.
The study was published in the Journal of Occupational and Environmental Medicine.
SOURCES: Allard Dembe, Sc.D., professor, health services management and policy, College of Public Health, The Ohio State University, Columbus; Nieca Goldberg, M.D., medical director, Joan H. Tisch Center for Women's Health at New York University Langone Medical Center, New York City; June 2016, Journal of Occupational and Environmental Medicine.
HealthDay
Copyright (c) 2016 HealthDay. All rights reserved.
News stories are provided by HealthDay and do not reflect the views of MedlinePlus, the National Library of Medicine, the National Institutes of Health, the U.S. Department of Health and Human Services, or federal policy.