Will a Sit-Stand Desk Make You Healthier?: MedlinePlus

Will a Sit-Stand Desk Make You Healthier?: MedlinePlus

Will a Sit-Stand Desk Make You Healthier?

Study finds no evidence of that so far 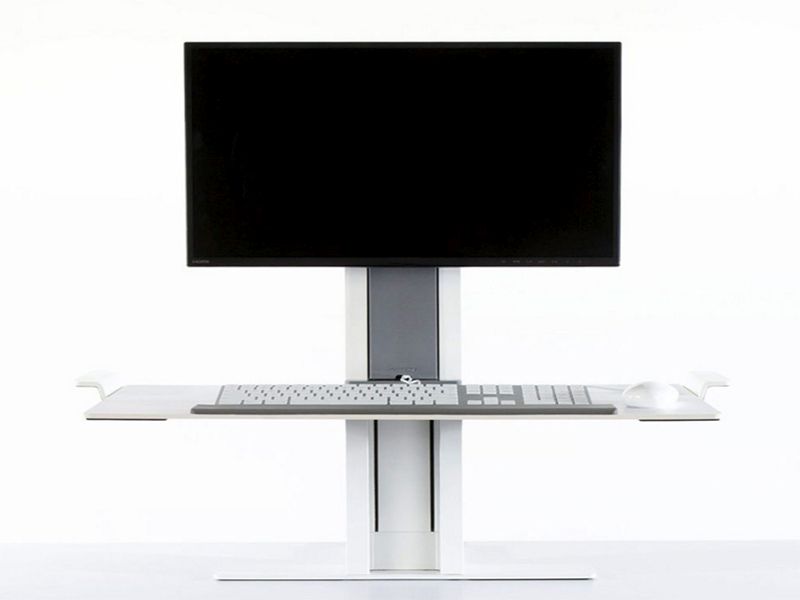 THURSDAY, March 17, 2016 (HealthDay News) -- Sit-stand desks are fixtures in many offices today. But new research finds little proof of health benefits associated with their use.
Experts warn that long periods of sitting can increase the risk of heart disease and obesity. Adjustable desks that let you stand or sit while working are among the approaches being tried to reduce time spent seated on the job.
"It is important that workers who sit at a desk all day take an interest in maintaining and improving their well-being both at work and at home," said study co-author Jos Verbeek, from the Cochrane Work Review Group in Kuopio, Finland.
"However, at present, there is not enough high-quality evidence available to determine whether spending more time standing at work can repair the harms of a sedentary lifestyle," he added.
The report was published March 17 in the Cochrane Library.
"Standing instead of sitting hardly increases energy expenditure, so we should not expect a sit-stand desk to help in losing weight. It's important that workers and employers are aware of this, so that they can make more informed decisions," Verbeek added in a journal news release.
The findings stem from a review of 20 studies that assessed sit-stand desks and other methods of improving health behaviors at work, such as taking walking breaks. Nearly 2,200 people were involved in all.
Six studies focused on popular sit-stand desks. People who used these desks sat between 30 minutes and two hours less during the work day than those who used conventional desks, the researchers found. Sit-stand desks also reduced total sitting time at and away from work, and the length of sitting sessions that lasted 30 minutes or more.
Additionally, increased standing did not lead to varicose veins, musculoskeletal pain or a lower productivity, the researchers said.
Based on these results, it's too soon to recommend buying a sit-stand desk, the researchers concluded.
"We think that people who are considering investing in sit-stand desks and the other interventions covered in this review should be aware of the limitations of the current evidence base in demonstrating health benefits," lead author Nipun Shrestha, of the Health Research and Social Development Forum in Thapathali, Nepal, said in the news release. "There is also low-quality evidence of modest benefits for other types of interventions."
For instance, taking a walk during work breaks was not found to lower the amount of time spent sitting at work.
Many of the studies reviewed were small and poorly designed, said the authors, noting more research is needed to draw firm conclusions.
SOURCE: Cochrane Library, news release, March 17, 2016
HealthDay
Copyright (c) 2016 HealthDay. All rights reserved.