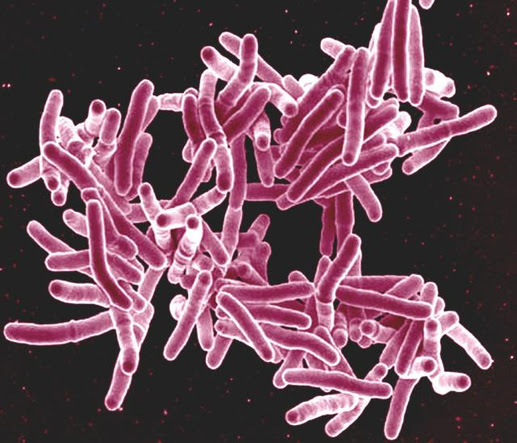 NIH-Funded Study Is Landmark in TB Research
​WHAT:
One-third of the world’s population is thought to be infected with Mycobacterium tuberculosis (Mtb), the bacterium that causes tuberculosis (TB), but just a small fraction ever develops symptomatic illness. Now, an international team of researchers has identified biological markers in the blood of latently infected people that may give doctors a tool they have long sought: a way to predict who is at high risk of developing active TB. If validated through additional clinical trials, a test based on these blood biomarkers would allow doctors to target therapies to at-risk people, thus preventing them from getting sick.


The decade-long research effort was led by investigators from the South African Tuberculosis Vaccine Initiative at the University of Cape Town, and the Center for Infectious Disease Research, Seattle. It was funded in part by the National Institutes of Health.

The biomarkers were identified in two stages. First, researchers collected blood samples for two years from more than 6,000 Mtb-infected but otherwise healthy adolescent volunteers in South Africa. Analysis of the samples revealed patterns of gene expression that differed between volunteers who eventually developed TB and those who remained healthy. This risk “signature,” confined to a set of 16 genes, could be detected in a blood sample as early as 18 months before the infected person developed active TB.

Next, the team confirmed the genetic risk signature’s predictive ability in a study of more than 4,500 volunteers in South Africa and The Gambia. Volunteers in this study were healthy but lived with people who had recently been diagnosed with active TB. The second study group was more varied in age, health status, ethnicity and exposure to locally common strains of Mtb than volunteers in the first study. Despite the differences, the same risk signature found in the first study was detected in the people who eventually developed active TB during the second trial.

Support for this research included a grant from NIAID (R01-AI087915) and from the Fogarty International Center (5D43 TW000231), both components of the National Institutes of Health.
NIAID conducts and supports research—at NIH, throughout the United States, and worldwide—to study the causes of infectious and immune-mediated diseases, and to develop better means of preventing, diagnosing and treating these illnesses. News releases, fact sheets and other NIAID-related materials are available on the NIAID website.
About the National Institutes of Health (NIH): NIH, the nation's medical research agency, includes 27 Institutes and Centers and is a component of the U.S. Department of Health and Human Services. NIH is the primary federal agency conducting and supporting basic, clinical, and translational medical research, and is investigating the causes, treatments, and cures for both common and rare diseases. For more information about NIH and its programs, visit www.nih.gov.