Published today, the latest Annual Report to the Nation on the Status of Cancer, shows an increasing number of Americans are developing and dying from liver cancer. But it doesn’t have to be this way – viral hepatitis, a primary cause of liver cancer, is both preventable and treatable.
Dr. John Ward, director of CDC’s Division of Viral Hepatitis and a co-author of the report, released a statement underscoring the importance of ensuring hepatitis testing, prevention, and treatment are reaching all who need them – including baby boomers, who represent the vast majority of Americans with hepatitis C.
Please see our new CDC fact sheet for additional information on today’s report and the link between viral hepatitis and liver cancer. Additional reporter resources are available on theNCHHSTP online newsroom.

Statement from John W. Ward, M.D.
Director of CDC’s Division of Viral Hepatitis
The nation’s annual report on cancer, released today, shows that while we are making substantial progress against cancer overall, a rapidly increasing number of Americans are developing and dying from liver cancer, despite the fact that viral hepatitis – a primary cause of liver cancer – is preventable and treatable.
We have the tools we need to reverse this alarming trend – vaccination for hepatitis B, and testing and treatment for hepatitis B and C. But we urgently need to do more to ensure that these tools are available to and used by everyone who needs them.
CDC recommends that all newborns should be vaccinated against hepatitis B as part of the standard infant vaccine schedule. However, only 70 percent of newborns are currently being vaccinated. Adults who never received the hepatitis B vaccine as a child should also be vaccinated.
For those who become infected with hepatitis B or C, testing, diagnosis and treatment can dramatically decrease the risk of developing liver cancer. Antiviral medications can reduce liver cancer risk by up to 80 percent in people living with hepatitis B, but fewer than 15 percent of treatment-eligible individuals are currently prescribed them.
Treatment for hepatitis C is equally effective at reducing the risk of liver cancer. Most hepatitis C infections can be cured in just two to three months, reducing liver cancer risk by 75 percent. However, at least half of the 3.5 million people living with hepatitis C in the United States do not know they are infected.
Like hepatitis B, hepatitis C infection initially has few noticeable symptoms – meaning it can slowly and silently damage the liver for years, even decades, causing progressive scarring, cirrhosis, and liver cancer.
The vast majority of people living with this silent killer are baby boomers, born from 1945 to 1965. They were unknowingly infected before hepatitis C was discovered in 1989 and are at greatest risk for and experiencing the greatest increases in liver cancer. Testing those born from 1945 to 1965 and referring infected individuals to care and treatment can prevent more than 320,000 deaths.
Rates of new hepatitis C infections have also increased in many parts of the country in recent years among young people who inject drugs, adding a new generation to those already struggling with this infection.
For these young people and the millions of other Americans living with hepatitis B and C, we must act now. Today’s report shows that liver cancer is one of the few areas where our nation is losing the battle against cancer – but it doesn’t have to be this way. Focused efforts to vaccinate, diagnose and treat viral hepatitis can drive back liver cancer and prevent other deadly consequences of these infections, saving hundreds of thousands of lives. 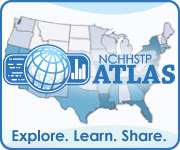