A Polio-Free U.S. Thanks to Vaccine Efforts | Features | CDC

A Polio-Free U.S. Thanks to Vaccine Efforts | Features | CDC 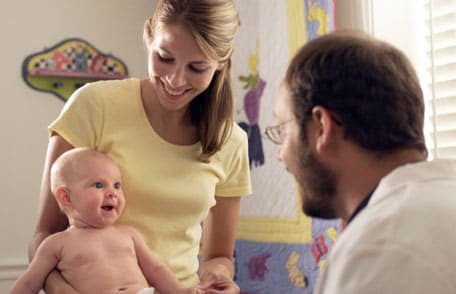 Thanks to effective vaccine, the United States has been polio-free since 1979. But poliovirus is still a threat in some countries. Be part of the success story and get your child vaccinated on schedule.
Polio, or poliomyelitis, is a crippling and potentially deadly infectious disease. It is caused by the poliovirus. The virus spreads from person to person and can invade an infected person's brain and spinal cord, causing paralysis (can't move parts of the body).
Thanks to the polio vaccine, dedicated health care professionals, and parents who vaccinate their children on schedule, polio has been eliminated in this country for more than 30 years.
It is crucial to maintain the success rate of U.S. vaccination efforts since the disease still exists in some parts of the world. People most at risk are those who never had polio vaccine, those who never received all the recommended vaccine doses, and those traveling to areas that could put them at risk for getting polio.

For best protection, children should get four doses of polio vaccine. This vaccine is given as a shot in the arm or leg and is extremely safe. Ideally, your child should receive a dose at ages
Inactivated polio vaccine (IPV) may sometimes be given in the same shot with other vaccines (in other words, in a combination vaccine), so discuss this option with your child's doctor. Getting the recommended doses of the polio vaccine is an extremely important part of keeping the United States polio-free.
For information about adults who may not have received sufficient vaccine protection, see the adult polio vaccination schedule.

Most health insurance plans cover the cost of vaccines. However, you may want to check with your insurance provider before going to the doctor. If you don't have health insurance, or if your insurance doesn't cover vaccines for your child, the Vaccines for Children Program may be able to help. This program helps families of eligible children who might not otherwise have access to vaccines. To find out if your child is eligible, visit the VFC website or ask your child's doctor. You can also contact your state VFC coordinator.

Even if you were previously vaccinated, you may need a onetime booster shot before you travel anywhere that could put you at risk for getting polio.

Traveling to Another Country?

Polio has been eliminated from most of the world, but the disease still exists in a few countries in Asia and Africa. Even if you were previously vaccinated, you may need a one-time booster shot before you travel anywhere that could put you at risk for getting polio. A booster is an additional dose of vaccine to ensure the original vaccine series remains effective.
Visit CDC's Travelers' Health website for timely travel health information.
Make sure you get your travel vaccination(s) well before your departure date to ensure complete protection. See your health care professional for more information.

In the late 1940s to the early 1950s, polio outbreaks in the United States increased in frequency and size; polio crippled an average of more than 35,000 people in the United States each year. It was one of the most feared diseases of the twentieth century; parents were frightened to let their children go outside, especially in the summer when the virus seemed to peak. Travel and commerce between affected cities were sometimes restricted. Public health officials imposed quarantines (used to separate and restrict the movement of well people who may have been exposed to a contagious disease to see if they become ill) on homes and towns where polio cases were diagnosed.