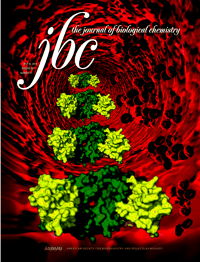 From the Department of Physiology and Biophysics, University of Alabama at Birmingham, Birmingham, Alabama 35294
1 To whom correspondence should be addressed. E-mail: jbubien@bellsouth.net.

Abstract
This minireview examines both the basic science and clinical observations over the past 20 years to show how and why overstimulation of the amiloride-sensitive epithelial Na+ channel (ENaC) expressed by epithelial principal cells of the renal collecting duct may be responsible for a large portion of hypertension in modern society. This idea is based on the finding that, in Liddle syndrome, a mutation of the β- and/or γ-subunits of ENaC produces an activated ion channel, in turn resulting in severe hypertension that is resistant to most forms of conventional antihypertensive therapy. ENaC can also be stimulated to conduct sodium by two hormones: aldosterone and insulin. These hormones are both often elevated in obese individuals with therapy-resistant hypertension. Thus, overstimulation of ENaC by metabolic abnormalities in obese individuals may be a likely cause of the hypertension that accompanies obesity. The molecular mechanisms underlying both Liddle syndrome and obesity-related hypertension are different (i.e. genetic and hormonal, respectively), but both have the same end result, namely increased ENaC activity.