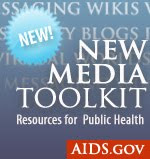 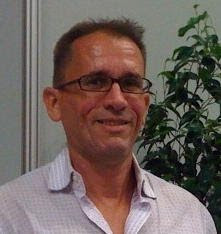 I’ve been fortunate to attend international HIV conferences for many years. Several of those conferences stand out in my memory for the results they produced. In Vancouver (1996), researchers first announced the results of the highly active antiretroviral therapy (HAART) clinical trials—changing the future for millions of us living with HIV. In Durban (2000), delegates to the conference made an urgent call to ensure access to treatment for people in Africa and other regions of the world heavily impacted by HIV. Now the XVIII International AIDS Conference which recently concluded in Vienna joins that list for memorable results. On Monday, July 19, researchers announced a significant step forward in the development of microbicides that may one day be widely available to provide critical protection from HIV and herpes.

It was an amazing few days with scientists, service providers, clients, and advocates talking and debating about what we need to do for those living with, and at risk for, HIV. Some of the highlights for me include:

For many years, scientists and communities have been testing new products that combine antiretrovirals (ARVs) with prevention products to stop transmission of HIV. Microbicides are one of those products. In the CAPRISA study (PDF, 263 KB) that was featured at the conference, the investigational vaginal microbicide gel contained the antiretroviral drug tenofovir, and women in the study were instructed to use the gel before and after sex to protect against HIV transmission.

The study results found that the gel was 39% effective in reducing a woman’s risk of becoming infected with HIV during sex and 51% effective in preventing genital herpes infections in the women participating in the trial. Additional clinical research is needed to further confirm the effectiveness of this gel, but these initial results are great news. An effective microbicide gel could help women protect themselves against HIV infection and could prevent millions of new HIV infections.

Children and adolescents living with HIV: Studies in the U.S., Europe, and Africa further demonstrated that children and adolescents living with HIV have unique needs and need specific and tailored support as they mature to help them develop and deal with their HIV disease and related issues (e.g., disclosure, healthy relationships, body image), as well as to help them maintain treatment adherence and to plan for a productive future.

HIV Treatment:The question of when to start ART was a key topic for discussion. The International AIDS Society–USA Panel released new recommendations calling for patients to begin receiving treatment earlier in the course of infection. The guidelines also emphasized that clients need to be ready to start therapy and willing to adhere to lifelong treatment.

Another important treatment discussion focused on selecting HIV meds for people co-infected with HIV and hepatitis C. Studies presented at the conference showed that people with co-infection who took nevirapine as part of their ARV regimen responded better to hepatitis treatment using interferon.

There is no way I can do justice to all that I learned in Vienna. These findings are my highlights—but you can learn more from AIDS.gov and other websites about the advances we have made and the challenges ahead. I left Vienna excited about the way forward and honored to be part of the HIV community!

Andrew Fullem, MSPH, is an advisor to AIDS.gov and serves as the Director for John Snow, Inc. (JSI) & World Education's Center for HIV and AIDS. In 2007, he was appointed to the Global Fund’s Communities Living with HIV and TB Support Delegation.
Blog.AIDS.gov
Publicado por salud equitativa en 6:25