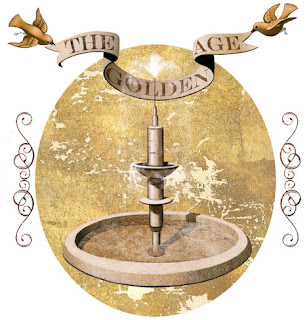 One night in 1961, William Schaffner, MD, was called to a New York City hospital to assist with an emergency lumbar puncture on a child critically ill with Haemophilus influenzae type b meningitis.

At the time -- before a vaccine was developed -- Hib disease was the leading cause of bacterial meningitis among children younger than 5. It infected about 20,000 U.S. children and killed nearly 1,000 annually.

In the nearly 50 years since Dr. Schaffner, an infectious disease specialist, saw that child with Hib disease, he has seen vaccine developments that have changed medicine and saved scores of lives.

"My comment used to be that pediatric residents read about [Hib] disease, but they don't see it anymore. Now they don't even read about it," said Dr. Schaffner, professor of medicine and preventive medicine and chair of the Dept. of Preventive Medicine at Vanderbilt University School of Medicine in Nashville, Tenn.

During the past two decades, the number of diseases that can be prevented by vaccines has doubled, according to the Centers for Disease Control and Prevention.

Researchers are using recombinant genetics to find ways to put vaccine antigens in edible plants. Since 1990, the Food and Drug Administration has licensed immunizations for Haemophilus influenzae type b, varicella, human papillomavirus, rotavirus and shingles, among others.

Experts say the 21st century holds even more promise for new vaccines.
Application of genetic engineering, an increased understanding of the immune system and new immunization delivery technologies have created what some call the golden age of vaccines.

Scientists are exploring new frontiers where vaccines can be developed in plants. Other possible advancements include using a patch to immunize patients, and treating drug addiction with a vaccine. But such advancements take years or, in some cases, decades to develop and be licensed.

The upswing in vaccine development, after a slowdown in the 1970s and 1980s, has not been without stumbling blocks. The advanced technology used to develop new vaccines has made them too expensive for some physicians to purchase, store and administer. Outdated manufacturing systems have struggled to keep up with demand.

And even the success of vaccines can have negative effects -- some parents choose not to immunize their children, in part, because they no longer think there is a need.

The anti-immunization movement has led to the resurgence of potentially fatal diseases such as mumps and pertussis. California, for example, is on pace to have its highest number of pertussis-related illnesses and deaths in 50 years, according to the state's public health department.

Vaccine developments
Dr. Schaffner views the HPV vaccine as one of the most exciting recent advancements because it demonstrates the potential for vaccine development in the 21st century. One reason is because of the role genetic engineering played in the vaccine's creation.

Research for the HPV vaccine, which was first licensed in 2006, began in the early 1990s, according to Douglas Lowy, MD, an HPV researcher for the National Cancer Institute. He said the NCI lab was the first to show that if a single HPV gene is expressed, it could self-assemble to create virus-like particles. GlaxoSmithKline's Cervarix vaccine and Merck's Gardasil are based on this development, he said.

The number of diseases vaccines can prevent has doubled in the last 20 years. Cervical cancer was considered a vaccine priority, in part, because of the high number of women diagnosed with the disease, Dr. Lowy added. The American Cancer Society estimated that 11,270 new cases of invasive cervical cancer were diagnosed in 2009. About a third of those women will likely die from the disease.

"The HPV vaccine could be one way, in the long run, to try to address this disparity," Dr. Lowy said.

There are, however, some ethical concerns with the immunization, said Ruth Faden, PhD, MPH, director of Johns Hopkins Berman Institute of Bioethics in Baltimore. Faden said the HPV vaccine is too expensive for many poor nations to purchase. That means the people who need the vaccine the most often do not get it.

A more immediate public health benefit has been experienced with the two rotavirus vaccines, Merck's RotaTeq, licensed in 2006, and GlaxoSmithKline's Rotarix, licensed in 2008. Before the development of the vaccines, rotavirus led to the hospitalization of 55,000 to 70,000 U.S. children each year and caused an estimated 20 to 60 deaths, according to the CDC.

During the 2008-09 rotavirus season, the number of positive rotavirus test results decreased 60% from the pre-vaccine period of 2000-06, the CDC reported in October 2009.

Vaccines of the future
AIDS is one area of focus for tomorrow's vaccines. Experts agree that greater research into the human immune system, and how it works, has contributed to recent advancements in the quest for an AIDS vaccine. HIV/AIDS infects about 50,000 new Americans each year, said James Kublin, MD, MPH, director of the HIV Vaccine Trials Network, an international collaboration of scientists and educators searching for an HIV vaccine.

Globally, about 33.4 million people were HIV positive in 2008, and an estimated 2 million died of AIDS, according to the World Health Organization's most recent data.

HIV/AIDS infects about 50,000 new Americans each year. "It will be very difficult to treat our way out of this epidemic," Dr. Kublin said.

In 2009, a six-year HIV immunization study in Thailand showed the first evidence of efficacy from an HIV vaccine. Researchers found that participants who received the combination of a priming vaccine and boosting vaccine were 31.2% less likely to get HIV than those who received a placebo, according to a study in the Dec. 3, 2009, New England Journal of Medicine.

Dr. Kublin said an HIV vaccine could be licensed within the next decade.

In July, scientists led by a team from the National Institute of Allergy and Infectious Diseases Vaccine Research Center revealed their discovery of two naturally occurring antibodies that can stop more than 90% of known global HIV strains from infecting human cells in the laboratory. Researchers said the technique used to find these antibodies could be applied to vaccine design for many other infectious diseases.

Some infectious disease experts are heralding the discovery as a significant step toward developing an HIV vaccine. But scientists still have years of research and clinical trials before a safe and effective vaccine is developed.

Research into the immune system factored into advancements made in the development of a cocaine vaccine that is being readied for national multisite study. Principal researcher Thomas R. Kosten, MD, chair and professor of psychiatry, neuroscience and pharmacology at Baylor College of Medicine in Houston, has been working on a cocaine vaccine for about 15 years. The vaccine provokes the body to make antibodies that bind to cocaine and prevent it from leaving the bloodstream. The result is an inability to experience the drug's euphoric effects.

The ethical question, according to Faden, of Johns Hopkins, is whether people who get the cocaine vaccine would start abusing another drug. She said such questions need to be addressed as vaccines for drug abuse are developed.

Other research is looking at more ways to deliver vaccines beyond the needle.

Work is under way to administer the influenza vaccination, along with other immunizations, using a patch lined with tiny micro needles that would be essentially painless, according to Dr. Schaffner. Using a patch also would reduce costs by eliminating the need to refrigerate vaccines, and it would eradicate the safety issues that accompany health professionals handling needles and syringes, he said.

Researchers are also, in various forms, combining work on genetic engineering, immune-system research and new immunization-delivery technologies. For example, Dr. Schaffner said researchers are using recombinant genetics to find ways to include vaccine antigens in edible plants, such as tomatoes and bananas. The idea is that when people eat the food, Dr. Schaffner said, they would receive a vaccine boost.

"That would be an incredible way to administer vaccines to large populations, particularly in the developing world," Dr. Schaffner said. However, the possible introduction of such foods is a long way off, experts said.

Researchers also are developing a universal influenza vaccine, which would provide patients immunity against the flu for multiple years, said Frederick Cassels, PhD, SARS and Influenza Vaccine Program officer for the NIAID. He predicted it likely would take at least 10 years for it to be licensed.

Closer to becoming a reality: adding adjuvant to flu immunizations, which could stretch the vaccine supply and elicit a broader immune response from those who receive it, Cassels said. Also on the horizon are therapeutic vaccines that could extend the lives of cancer patients.

Infectious disease specialist Dr. Schaffner is among those closely watching studies being conducted on potential vaccines. Like others, he is confident that today's diseases will fall victim to tomorrow's vaccine, following the path of Hib and polio -- out of doctors' offices and into the history pages of medical textbooks.

The print version of this content appeared in the July 26 issue of American Medical News.

ADDITIONAL INFORMATION:
Vaccine timeline
In the past two decades, the number of diseases that can be prevented by vaccines has more than doubled. Here is a time line of vaccine development from 1914 to 2010.

1991: Acellular pertussis vaccine licensed for use in children 15 months to 6 years old.

1998: First rotavirus vaccine licensed. It was withdrawn a year later due to adverse events.

Centers for Disease Control and Prevention on vaccines and immunizations (www.cdc.gov/vaccines)