By Sally Robertson, B.Sc.Feb 26 2019Reviewed by Kate Anderton, B.Sc.
A longer working week puts women at a higher risk of depression than it does men, according to a new study published in the Journal of Epidemiology & Community Health. 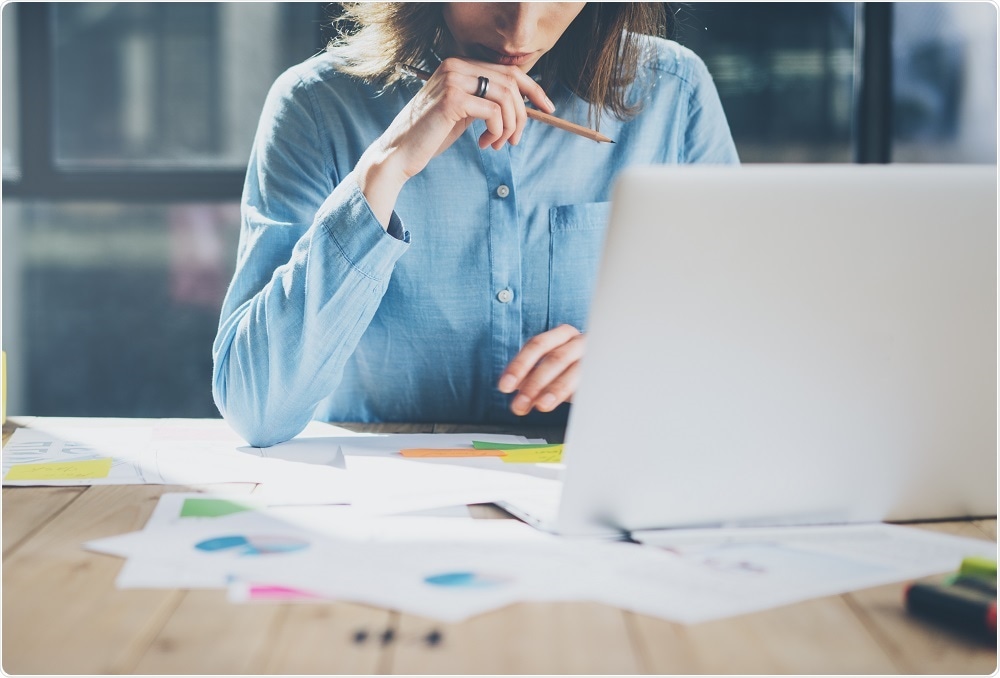 Women may feel the strain of greater time pressures and responsibilities of combining long or irregular hours of paid work with unpaid domestic and caring duties.”
Gill Weston, Lead Researcher

For the research, Weston and colleagues assessed data available for more than 23,000 adults participating in the Understanding Society: the UK household longitudinal study.
The team found that women who work 55 hours or more per week were 7.3% more likely to have symptoms of depression than women who worked a 35- to 40-hour week.
Compared with men, women were also at a greater risk of suffering debilitating low moods associated with weekend working, at 4.6% versus 3.4%.

Long hours can be symptomatic of insecurity and unrealistic expectations at work, which are known risk factors for poor mental health. So, the context in which a person is working long hours may be just as important as the time spent working.”
Andy Bell, The Centre for Mental Health

Weston says the findings highlight a need for women who work long hours to be supported in the workplace.
She hopes the research will help to persuade employers and policymakers to consider reducing burdens and increasing support for women who work the long hours, but without limiting their ability to work.
“More sympathetic working practices could bring benefits both for workers and for employers - of both sexes,” she concludes.
Source:
Weston, G. et al. 2019. Long work hours, weekend working and depressive symptoms in men and women: findings from a UK population-based study. Journal of Epidemiology & Community Health.
Publicado por salud equitativa en 9:37