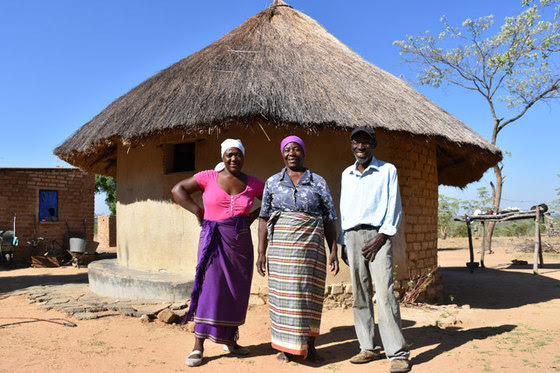 Message from the Coordinator

Hill Briefing Brings Together PMI, Global Fund, Gates Foundation, and Nothing But Nets
A February 13 briefing titled “U.S. Leadership in the Fight Against Malaria” provided the leaders of four key malaria fighting organizations the opportunity to share their visions with Hill staff. Read the full announcement.
FY 2019 Malaria Operational Plans Available
FY 2019 Malaria Operational Plans are now available on the PMI website. Developed in collaboration with national malaria control programs and with the participation of national and international partners involved in malaria prevention and control, the plans outline PMI’s support to national malaria strategic priorities and complement other partners’ investments to improve and expand malaria-related services. MOPs for Cameroon, Côte d'Ivoire, Niger, and Sierra Leone will be posted in the near future.

PBS NewsHour Recognizes PMI’s Contributions to Fighting Malaria in Cambodia
Special correspondent Fred de Sam Lazaro reports from Cambodia, where PMI support is helping to track and contain malaria outbreaks and stop resistant strains from spreading. The video captures how health volunteers like 61-year-old Soksam Sambath—who makes his living selling fried banana chips—are putting PMI-funded training to detect, treat, and educate fellow villagers about malaria to use. Despite the intensifying risk of resistance to malaria treatments, the country continues to push toward disease elimination thanks to valuable support from PMI and other partners.

My Net, My Life: Saving Lives in Hard to Reach Communities of Zimbabwe
An insecticide-treated mosquito net might not protect Fakero’s sweet potatoes from pillaging elephants, but it prevents prowling mosquitos from making him their main course while he guards his crop. Story here.
Check out our Country in Focus page for more stories and to learn about PMI’s work in Zimbabwe.

Training African Scientists to Monitor Drug Resistance
Equipping countries to do their own testing can lead to lower costs and faster processing. Tracking drug resistance can show when and where action is needed to stop resistance from spreading—and keep lifesaving malaria medicines from being lost. Story here.
Mobilizing to Combat Malaria During DRC Ebola Epidemic
How PMI joined forces with the WHO, Global Fund, and UNICEF to quickly address the spike in malaria cases caused by the Ebola outbreak. Story here.
GOOOOALLLLL! Using High Profile Sporting Events to Edu-tain
What if Super Bowl commercials did more than entertain us? What if they saved lives? Story here.
EXPLORE MORE STORIES FROM THE FIELD »
Click here to view the full version of this newsletter, including recent reports, publications, and stories from the field.