By Sally Robertson, B.Sc.Dec 20 2018Reviewed by Kate Anderton, B.Sc.
Six reports have been published as part of a series about infections. It is hoped that the reports will serve as a warning that falling asleep without removing contact lenses can lead to serious infections. 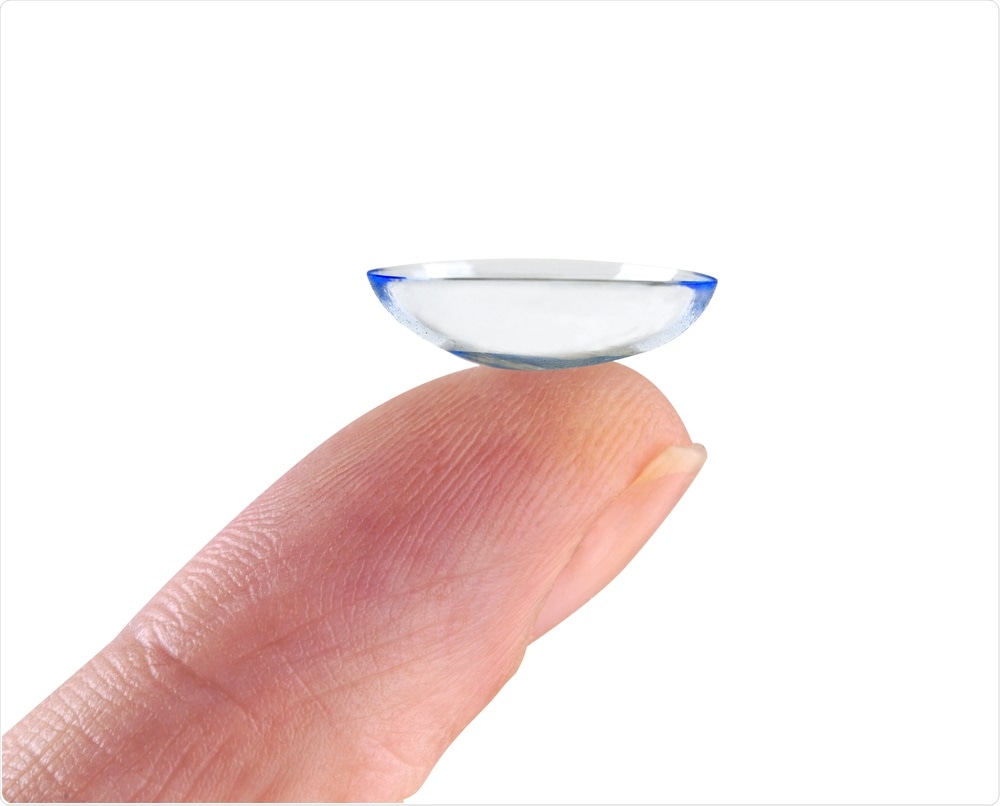 Chuck Rausin | Shutterstock
The CDC estimates that 1 million people visit outpatient and emergency departments every year due to keratitis.
The series, which has been published in the Annals of Emergency Medicine, was created through a collaboration between the Centers for Disease Control and Prevention (CDC) and an emergency-department based surveillance network called the EMERGEncy ID Net.

Sleeping in your contact lenses is risky and can lead to infections, or in some cases, permanent damage. Falling asleep, or even napping, without removing your contact lenses can significantly increase the likelihood of serious health problems."
Dr. Jon Femling, Lead Author

The series is based on the Morbidity and Mortality Weekly Report by the CDC and is entitled “Corneal Infections Associated with Sleeping in Contact Lenses.”
One paper described a man suffering from eye redness and blurred vision who reported sleeping in his contacts up to four times a week and also swimming without taking them out. This led him to develop bacterial and fungal keratitis, for which he received treatment.
In another example, an adolescent girl is said to have reported sleeping with contact lenses in that she bought without a prescription at a chain drug store. The result was a corneal ulcer that caused scarring.
One report describes a man who wore the same lenses over a two-week period, which resulted in a perforated cornea and a bacterial infection. Eventually, he needed to have a transplant to save his eye.

Sleeping in lenses is one of the riskiest and most commonly reported behaviors for adolescent and adult contact lens wearers. If you want to avoid infection and avoid a trip to the emergency department, proper eye care is a must.”
Dr. Jon Femling, Lead Author