By Kate Bass, B.Sc.Dec 20 2018Reviewed by Kate Anderton, B.Sc.
A new study published today has revealed that obese patients who undergo an x-ray are at a greater risk of developing cancer due to the higher dose of radiation that is required to obtain an adequate image. 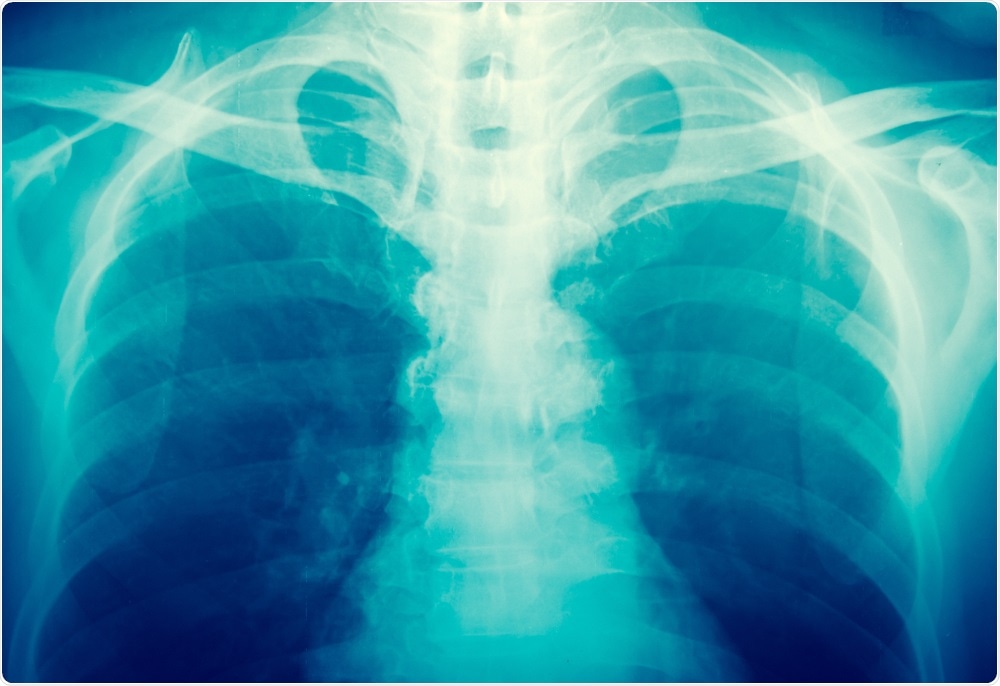 toeytoey | Shutterstock
X-rays are a form of electromagnetic radiation that provide the means for simple, cost-effective, non-invasive medical imaging.
X-rays are an invaluable tool for the diagnosis of a wide range of medical conditions, as demonstrated by the 22.6 million x-ray procedures that were carried out in England between 2015-2016.
However, the procedure is not without risk as imaging with x-rays involves exposing a part of the body to a small dose of ionizing radiation. The radiation excites body tissue and can potentially give rise to harmful effects.
The risk of damage increases with increasing dose of radiation applied. Thus, radiation doses are kept as low as possible whilst still achieving images of sufficient quality for diagnosis.
The dose required depends on the part of the body being imaged and the size of the patient. The further the radiation must travel to pass through the target area, the higher the dose required.
It therefore follows that a far higher dose of radiation is required for x-ray examination of an extremely obese patient compared with a patient of average weight.
Researchers at the University of Exeter and Musgrove Park Hospital in Taunton conducted a study to assess the impact of the increased radiation dose during x-ray on cancer risk.
The study evaluated more than 600 patients who had undergone surgery for weight loss and had an available history of the radiation dose used for x-ray imaging performed between 2007 and 2015.
All participants were severely obese with a body mass index of up to 50, indicating they were near twice the weight they should be for their height.
The analyses revealed that obese patients had received much higher doses of radiation during x-ray than normal. It was deemed possible that up to 280 of the cases of cancers amongst the study population could have been related to x-ray radiation.
The researchers calculated that the overall risk of cancer caused by the extra radiation was more than double (153%) that for people of average weight undergoing an x-ray.

X-rays are an extremely important diagnostic tool, and radiographers do their utmost to minimize the risk to patients. However, our findings highlight the implications of increased radiation doses in severely obese patients".
Karen Knapp, Associate Professor of Musculoskeletal Imaging, The University of Exeter

Patients should not be put off having the x-rays they need to investigate disease as they are often crucial in getting the right treatment".
Richard Welbourn, Co-author