Sponsored Content by EKF DiagnosticsAug 23 2017
Diabetes, also known as diabetes mellitus, is a common metabolic disease that is characterized by frequent sessions of uncontrolled high blood sugar or hyperglycaemia caused by poor insulin production or increased resistance to insulin. The World Health Organization (WHO) has reported that 8.5% of the global population was affected by diabetes in 2014, or roughly 422 million people.1 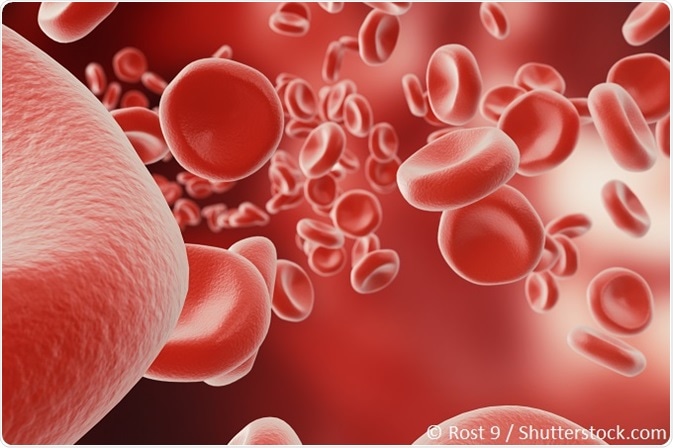 Diabetes is divided into two main types, type 1 and type 2. Type 1 diabetes is manifested by complete deficiency of insulin production, which results in uncontrolled blood glucose levels, type 1 diabetes is generally diagnosed in early childhood so is often referred to as juvenile diabetes.
While type 2 diabetes, the most common type, is characterized by the under production of insulin or the body’s cells becoming resistant to the action of insulin as a result of environmental and genetic factors which often present in adult life, so this type of diabetes is often referred to as adult-onset diabetes.

Previously, the measurement of two-hour plasma glucose through an oral glucose tolerance test (OGTT) or fasting blood glucose (FBG) was the main diagnostic protocol for diabetes.2 To diagnose a patient as diabetic via FBG or OGTT, the diagnostic criteria are:
While a good level of accuracy is afforded by both testing methods, these have their own limitations. For instance, the FBG test requires 8 hours of fasting as a minimum before the test can be administered. While, as part of a pre-test preparation for the OGTT patients are given a strict diet for three consecutive days as well as overnight fasting.
Standard glucose testing methods largely depend on fasting, which for some patients can hinder their compliance, especially for those already struggling with glycaemic control. In addition, some patients may consume beverages or food other than water within the period of fasting, assuming that the test results would not be affected by a small deviation, but in reality, this usually would mean that the test needs repeating.
With the OGTT, a patient’s must remember to not consume any food or beverages during the two-hour period and there is always a possibility that the patient may not return to the testing site in the correct time frame to get accurate results.

Haemoglobin is a protein present in red blood cells (RBCs). It bonds with oxygen to carry it around the body and can also bond with glucose in the bloodstream, which results in glycated haemoglobin (HbA1c). In this state, HbA1c remains in the RBCs for 8 to 12 weeks, for the lifetime of the red blood cell, as the bond is irreversible.
If there is a high concentration of HbA1c in the blood, the patient is more likely to become diabetic or face an increased risk for developing the disease.
The onset of diabetes, especially type 2 diabetes is often gradual, with blood glucose levels increasing slowly and in small amounts over time.3 In order to improve patient care, accurate and early diagnostic methods are very important.
Testing for glycated haemoglobin provides a better understanding of chronic hyperglycaemia, instead of simply testing glucose over a two-hour window or in a fasting state. This diagnostic tool instead tests the glycaemic index during the 120-day lifespan of the RBCs.4 Therefore, the HbA1c method may not only give a robust diabetes diagnosis but also stratify risk of developing the disease.
In 2009, the International Expert Committee proposed the diagnostic criteria of HbA1c be set at a threshold of ≥48 mmol/mol (≥6.5%).5 Both the American Diabetes Association and the WHO implemented the proposal of HbA1c for diabetes testing, citing that a 6.5% HbA1c is the threshold for a diabetes diagnosis.6
Further, the use of point-of-care-testing or POCT devices for HbA1c diagnostic methods was also approved by the WHO traceable to the International Federation of Clinical Chemistry (IFCC) reference method.
Learn More about EKF's Diabetes Care Solutions Here
For instance, Quo-Test® analyzer by EKF Diagnostics is a POCT analyser that can directly determine the HbA1c in minutes, requiring only a small amount of blood (4 μl) which can be obtained by pricking a finger.
Before the advent of POCT devices, HbA1c tests did not have a value or time advantage over standard diagnostic methods. However, with the use of systems like EKF Diagnostics’ Quo-Lab® A1c Analyzer investigators can quickly and easily obtain a better understanding of a patient’s risk for pre-diabetes and diabetes.
Rapid diagnosis allows for easier screening for diabetes and prediabetes, which in turn allows for earlier treatment, which could potentially lower long-term harmful effects, such as blood vessel damage and worsening glycaemic function.7
Since the HbA1c test involves minimal preparation, it can be used as a diagnostic marker for diabetes to ensure a higher rate of compliance in patients. This test requires only a single blood sample, provides accurate initial results, and removes the need for repeated testing.
In light of the fact that many individuals with prediabetes or diabetes remain undiagnosed, global morbidity associated with this metabolic disorder can be reduced with widespread POC HbA1c testing.10
However, there are a few patient groups who are not desirable candidates for HbA1c testing, including pregnant women, children, and patients with a history of acute pancreatic damage or pancreatic surgery.11

Read more about EKF Diagnostics’ approved POCT devices for Hba1c testing as well as their suite of glucose analyzers, including the Biosen C-Line glucose analyzer, Quo-Lab®A1c Analyzer, and Quo-Test® analyzer.

The EKF range of analysers is unique in their ease of use, accuracy and portability which is why we are a trusted brand in GP surgeries, pharmacies, blood banks, sports clinics, hospitals and laboratories for the measurement of glucose, lactate, hemoglobin, hematocrit and HbA1c.
EKF Diagnostics products' reputation for quality, accuracy and ease of use stems from our beginnings as a technology business founded in Barleben in Germany in 1990. In the following years we have invested in developing a portfolio of analysers and consumables for the near patient care sector that deliver laboratory accuracy and reliability without the high costs and maintenance associated with lab devices.
In 2010 EKF Diagnostics acquired HbA1c developer Quotient Diagnostics based in Walton-on-Thames, UK and Argutus Medical in Dublin, a specialist research and distribution company engaged in kidney and liver diagnostics. The following year the company expanded further through the acquisition of Stanbio Laboratory, a manufacturer and distributor of diagnostic products with a worldwide customer base.
Sponsored Content Policy: News-Medical.net publishes articles and related content that may be derived from sources where we have existing commercial relationships, provided such content adds value to the core editorial ethos of News-Medical.Net which is to educate and inform site visitors interested in medical research, science, medical devices and treatments.
Last updated: Aug 24, 2017 at 5:25 AM
Publicado por salud equitativa en 14:21