By Afsaneh Khetrapal BSc (Hons)
Similar to the human eyes, nose, and lips, the earlobes also have special features. Although the human ears look similar, there are minor structural differences that make each ear different from the other.
The major form of the gene that determines the shape of the earlobe is known as an allele. An allele is a gene which is found at a specific position on a chromosome. It has been established that all genes in our body have two copies; one from each parent. 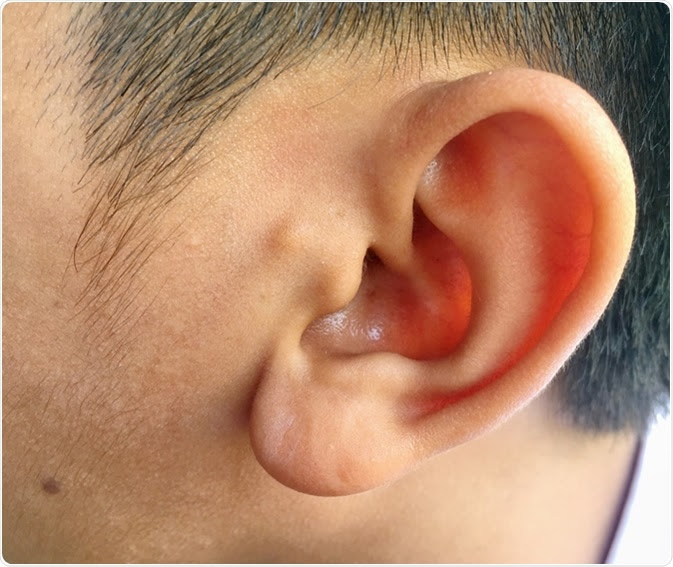 An earlobe is made up of connective tissues combined with a mixture of areola tissues and fat cells. Earlobes have a good blood supply which help in keeping them warm and maintaining balance. Majorly, there are two types of earlobes found in humans - free earlobes and attached earlobes.
Free Earlobes: Free earlobes are the most common form of lobes found. This type of earlobe is often large and hangs below the point of attachment to the head. This happens due to the influence of a dominant allele. If the genes from the parents get expressed by the dominant allele, then the child will be born with free earlobes.
In most cases, the allele is regnant to the free lobes compared to attached lobes. The free earlobe parents can also give birth to an attached earlobe child, depending on the reaction of the allele gene. If parents with free earlobes give birth to a baby with attached earlobes, it is certain that both of them had both a copy of the dominant and recessive allele.
Attached Earlobes: These types of earlobes are not rare, but are also not commonly found. Earlobes of such type are small in size and do not have hangs. They are attached directly to the side of the head. The structural formation of this kind of lobe is due to the absence of the dominant allele in the chromosomes. The recessive allele is expressed instead in the chromosomes to form an attached earlobe. It is not necessary that parents with attached earlobes should give birth only to the attached earlobe child.
Traits are the major factors that result from chromosome pairs and which, in turn, determine one’s overall physical appearance. When alleles combine, some exert ‘stronger’ influence down sythan the others. The stronger allele is responsible for the dominant traits. Dominant alleles are said to be found throughout an organism. If the dominant allele fails to show its presence, the recessive allele will be expressed. These are known as recessive traits.Although the traits vary, the size of the earlobes for both the traits remain the same. An average man’s ear measures 6cm, while for a woman it is about 5cm, in which the earlobe size measures about 2cm.

Genetic conditions play an important role in the birth of a human being. People born with abnormal growth of organs are considered to be affected by the traits before their birth. The major conditions that cause irregular or abnormal growth include:
Birth disorders may be minor or severe and may occur at any stage during pregnancy. Most disorders affect the baby while in the womb, before the formation of the organs; however, not all genetic defects are caused by the transfer of gene from the parents. In many cases, the baby may be born with genetic disorders that the parent’s gene does not contain. Some defects are considered to be harmless, while some may require prolonged medical treatment.
Publicado por salud equitativa en 14:41