7 Ways to Cut 50 Calories Every Day

Small adjustments can add up to diet success 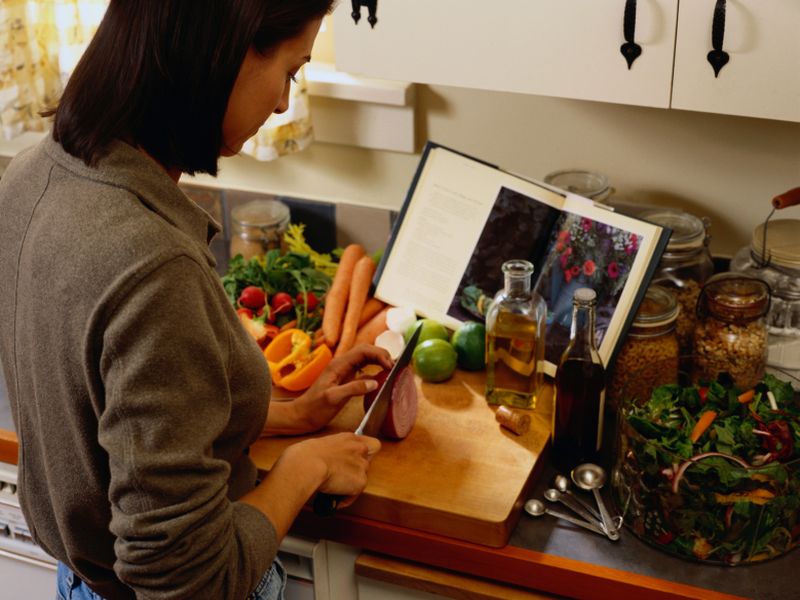 TUESDAY, July 4, 2017 (HealthDay News) -- Did you know that eating an extra 50 calories a day can sneak on about five pounds a year? But trimming the same number calories will put the trend in reverse.
Cutting out 50 (or more) calories a day isn't as hard as you think, says registered dietitian Rachel Begun. Start with your daily coffee. Skip the sugar, and flavor your java with vanilla extract or cinnamon instead. Replace that pat of butter on your morning toast with a teaspoon of jam.
At lunch, make tuna or salmon salad with low-fat vinaigrette instead of full-fat mayo. When ordering a salad, ask for a non-creamy dressing on the side, but resist the temptation to use it all -- about half is all you really need.
Downsize that glass of wine before dinner from 5 to 3 ounces. Add a splash of seltzer to extend it.
Cooking with olive or sesame oil is healthy, but go easy -- every tablespoon has 120 calories. Measure out a half-tablespoon instead so that you won't use too much of a good thing. Save even more by switching to an oil spritzer instead of pouring from the bottle, Begun says.
At 30 calories a tablespoon, barbecue sauce adds unwanted calories to meat. Instead, grill or roast meats with fresh herbs and spices for flavor. Use fat-free (and low-salt) broth when you need to baste.
And don't forget to drink plenty of water. Water keeps you feeling full and your metabolism running in tip-top shape.
None
HealthDay
Copyright (c) 2017 HealthDay. All rights reserved.
News stories are written and provided by HealthDay and do not reflect federal policy, the views of MedlinePlus, the National Library of Medicine, the National Institutes of Health, or the U.S. Department of Health and Human Services.