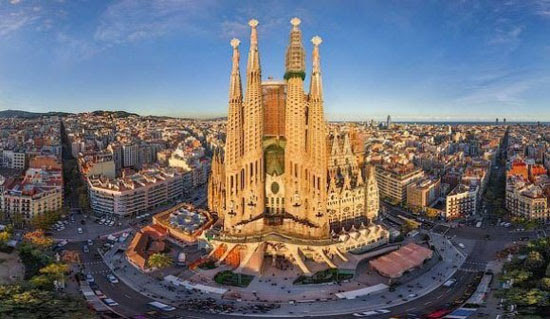 RDI’s 3rd Annual Meeting will be held on Sunday, June 4th in Barcelona, Spain.
Register to attend
Network with rare patient advocates from around the world, learn more about recent developments in international rare disease advocacy and get involved in RDI activities.
See the Preliminary Programme
Please note that from 9am to 11am there will be a closed session for RDI Members-only.
The meeting will also be live web streamed (details to come).
Venue & AccommodationThe Meeting will be held at the Hotel SB Bcn Events in Castelldefels, Barcelona. Once you register, you will receive information on how to book your hotel room as well as other practical information.
ExPRESS 2017 Expert Patient and Researcher EURORDIS Summer School (English and Spanish versions) will be taking place the same week as the RDI annual meeting from June 5-9, 2017.
There is no fee to attend this event. Please plan on covering your own travel and accommodation. RDI’s Annual Meeting was held on May 25th, 2016 – the day before and in the same premises as the European Conference on Rare Diseases & Orphan Products (ECRD 2016) in Edinburgh, Scotland.
At only the second annual RDI meeting following the launch meeting in May 2015, over 80 participants focused on: progress in RDI activity made so far; how to advocate for rare diseases to become an international public health priority; how international rare disease stakeholders can join forces to do this and also next steps and strategic priorities for RDI.
The event was also an opportunity for RDI members and those patient groups potentially interested in joining, to meet and discuss the advocacy agenda of the global alliance.
At the meeting, the new members of the Council introduced themselves and the actions planned. Yann Le Cam, Chief Executive Officer of EURORDIS and member of the recently elected RDI Council, presented a draft action plan for the next 3 years, which is open for consultation via the RareConnect RDI Discussion Group.
Durhane Wong-Rieger, President of the Canadian Organization for Rare Disorders and member of the RDI Council, opened the meeting by saying: “There has been great improvement over the last two decades, now when you mention rare diseases people know what you are talking about. Now our role is to ensure rare diseases are explicitly recognised as part of universal health coverage. RDI will create tremendous opportunities in the near future. Right now we all need to work together; we need to take a leap of faith to make RDI a success, to bring together the global rare disease community and to ensure rare diseases are recognised as a public health priority.”
She also spoke of the difference between rare disease communities and actions in developed and developing countries, “Not everybody is moving at same pace – we need to move as a global rare disease community to prevent widening this gap.”
The RDI meeting included presentations from Alain Baumann of the World Federation of Hemophilia,  who shared their model on sustainable national care programs in developing countries; John Forman, the President of the International Conference on Rare Diseases and Orphan Drugs (ICORD), with which RDI is collaborating on international conference activity; Emmanuel Chantelot, Chair of the International Federation of Pharmaceutical Manufacturers and Associations (IFPMA) Rare Disease working group; and Dr Iiro Eerola, who presented the International Rare Diseases Research Consortium.
Anders Olauson, Founder and Chairman of the AGRENSKA Foundation, also introduced the new NGO Committee for Rare Diseases, in which RDI will represent people living with a rare disease. The inaugural meeting for this Committee, which was established under the umbrella of the Conference of NGOs with Consultative Status to the United Nations Economic and Social Council (CoNGO), will take place in November 2016.
Rare Diseases International annual meeting May 2016: Presentations
Agenda
List of Participants

The first annual meeting of RDI took place in May 28, 2015 in Madrid, Spain, alongside the EURORDIS Membership Meeting.

Over 60 patient representatives from 30 countries gathered for the official launch and inaugural meeting and to adopt the principles of a Joint Declaration aimed at advocating for rare diseases to be an international public health priority.

Yann Le Cam, EURORDIS Chief Executive Officer, said at the launch, “The foundation of RDI is a historic moment, turning the rare disease patient movement into an international one. By coming together we are creating a critical mass that cannot be ignored. Joining together makes each of us stronger locally and together globally.”
He emphasised that globalisation is not a challenge for the rare disease community but part of the solution, commenting, “The complexity of the rare disease community can be united through RDI. Rare diseases are currently ignored on the international agenda. There is a long way to go, but we must look at our diversity as a strength, not a problem.”
Durhane Wong-Rieger, President and CEO of the Canadian Organization for Rare Disorders (CORD) added, “CORD has benefitted tremendously from its EURORDIS membership and RDI will be an even greater resource, especially for patient groups in countries that are just developing rare disease policies, by allowing them to draw upon best practices, support and a global patient voice.”
Peter L. Saltonstall, President and CEO of the US National Organization for Rare Disorders (NORD), said, “NORD is pleased to join Rare Diseases International and to collaborate with leading patient advocacy groups from around the world to help make rare diseases an important global public health priority.”