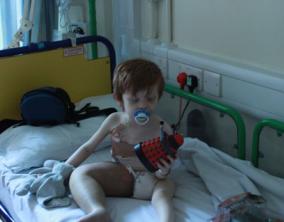 by RareConnect team published about 1 month ago
Aberdeen, Scotland, UK Diagnosed Age 18 Months Alfie was born on 10th June 2007, weighing a healthy 8lbs 9oz. He seemed like any other child for the first 8 months and then one day, almost overnight, we noticed that one of Alfie’s legs was fatter than the other.
We made an appointment with our local GP who then referred us to Royal Aberdeen Children’s Hospital. Alfie was examined and x...
READ MORE 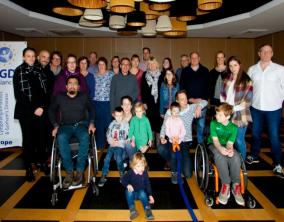 by RareConnect team published 2 months ago
A little less than a month ago the LGDA Europe held its first meeting in Leusden, the Netherlands.
A total of 11 patients and 31 family members got to meet each other, sharing their stories and listening to the sessions at the conference held in Leusden. Doctor Jochen Rößler provided us with a lot of very interesting information. More volunteers signed up to keep moving LGDA Europe forward. ...
READ MORE 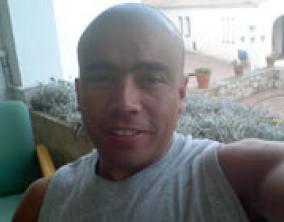 by RareConnect team published 2 months ago
I’ve been ill since I was born in 1974, but my Gorham’s disease has gone through different stages. I’m told that as a baby I had a lot of pain, crying and fever. What I remember is that the Gorham’s disease started to develop very fast when I was about 4 years. I fell a lot while walking and then I started to develop a limp. After several times complaining about pain in my legs, my parents took...
READ MORE 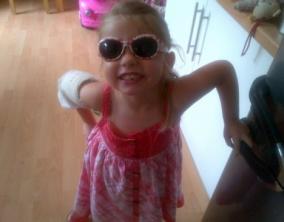 by RareConnect team published 2 months ago
Hollie was born on the 7 February 2009 and lives in the north east of England, she was a very healthy baby and the only thing different about her was that she was born with a neonatal tooth which was quickly extracted after birth due to being loose.
At 18 months Hollie developed a lump in the side of her neck which doctors believed was a thyroglossal cyst, this was removed and turned ou...
READ MORE

by Lymphangiomatosis and Gorham’s Disease Alliance published 11 months ago
Gorham’s Disease; Lazlo’s story (part of the TV-show 'Je zal het maar hebben' of BNN from the year 2012)
My name is Lazlo, I’m nineteen and I’ve got Gorham’s Disease. Right now, I’m the only one in the Netherlands that has it, but I am not worried, my problems will dissolve. Lazlo had a carefree childhood in which he could take all th...