Without early treatment, Chagas disease can cause heart failure 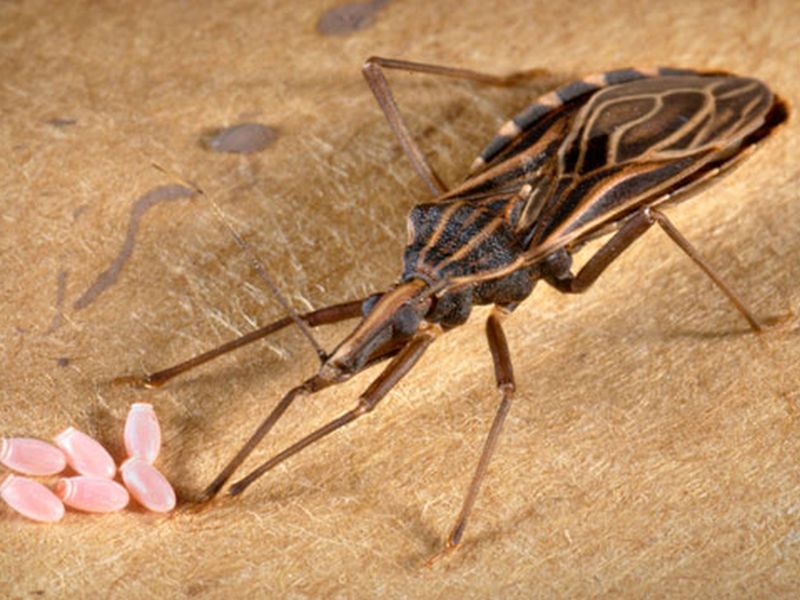 TUESDAY, April 18, 2017 (HealthDay News) -- It's spread by an insect that's often called the "kissing bug." And now, the parasitic infection know as Chagas disease is prevalent in the United States, new research shows.
Investigators tested nearly 5,000 Latin American-born residents of Los Angeles County in California. They found that 1.3 percent had Chagas disease, which can cause life-threatening heart damage if not treated early.
"Less than 1 percent with the infection are receiving treatment for Chagas disease," said study author Sheba Meymandi.
Meymandi is director of the Center of Excellence for Chagas Disease at Olive View-University of California, Los Angeles Medical Center.
Chagas disease is caused by a parasite called Trypanosoma cruzi, which is transmitted by the triatomine bug -- also called the "kissing bug" -- found throughout the Americas.
About 30 percent of infected people develop serious heart, digestive or neurological disorders, the researchers said in background notes.
The new study suggests there are about 30,000 people in the Los Angeles area with Chagas. It also supports a U.S. Centers for Disease Control and Prevention estimate that about 300,000 people in the United States are living with Chagas disease, the investigators said.
"Without treatment, many Chagas patients are at risk of a "silent death" due to heart failure. Our study demonstrates the need for similar research in other states, and underscores the critical importance of early detection and treatment to tackle this public health challenge in the U.S.," Meymandi said in a news release from the Drugs for Neglected Diseases Initiative.
"Although this study concentrated on Latin American-born residents of Los Angeles, Chagas disease has also been in the U.S. for centuries," said Colin Forsyth, an epidemiologist from the Drugs for Neglected Diseases Initiative and Doctors Without Borders.
The study was supported by the two groups.
"The bugs that transmit Chagas disease live in 27 states -- the whole southern half of the country, and we know they sometimes infect people, but we need further research to determine how often this takes place," Forsyth said.
SOURCE: Drugs for Neglected Diseases Initiative, news release, April 13, 2017
HealthDay
Copyright (c) 2017 HealthDay. All rights reserved.
News stories are written and provided by HealthDay and do not reflect federal policy, the views of MedlinePlus, the National Library of Medicine, the National Institutes of Health, or the U.S. Department of Health and Human Services.
Publicado por salud equitativa en 9:08