Know the facts about syphilis and how to protect yourself.

Syphilis Strikes Back in the United States

You might be thinking: “Syphilis? That problem was solved a long time ago.” Well, not exactly. At one point syphilis was almost eliminated, but that is not the case anymore. This persistent sexually transmitted disease (STD) is now on the rise again and it has reached a critical high: the current number and rate of cases is higher than it’s been in more than 20 years. In 2015, there were close to 24,000 cases of syphilis reported in the U.S.—that was almost a 20% overall increase since 2014 alone. This rise in infections makes syphilis a renewed health threat for many.
If left untreated, syphilis can cause severe health problems affecting the brain, eyes, heart, and other organs. Having syphilis also makes it easier to get HIV. The good news is that syphilis is simple to cure with the right treatment.

“There’s no way I could get syphilis.”

The bottom line is this: if you’re having sex, you can get syphilis. This resurgence highlights its ability to affect many communities at anytime and anywhere. Infection rates have spiked in all regions of the country, and across almost every race/ethnicity, and varying age groups from the oldest Gen Z’ers to younger baby boomers—and most troubling of all—babies. Some populations, such as gay, bisexual, and other men who have sex with men (MSM), and women are seeing higher increases than other groups of people.
Syphilis rates have risen among women 27% from 2014-2015, which has led to a surge in the number and rate of babies born with syphilis (congenital syphilis). Men, and especially gay, bisexual, and other men who have sex with men (MSM) remain hardest-hit by syphilis, with data suggesting an average of half of MSM with syphilis are also living with HIV.
While syphilis may affect some populations more than others, the increase across all demographics is a development that needs attention. It means people from all walks of life—including those who think they have slim-to-zero chances of becoming infected—may be at risk, so protecting yourself is a must. Even if you do not think you have anything to worry about, it is better to be safe than sorry—and it’s easy to get informed. So arm yourself with the facts about syphilis. 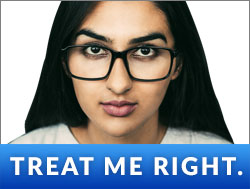 “How can I protect myself?”

Together we can disrupt syphilis

The rise in syphilis requires awareness, attention, and action. To underscore the importance of this issue, CDC is dedicating all of STD Awareness Month (April) to syphilis prevention. We encourage everyone to join us in tackling its dangerous return. CDC’s STD Awareness Month website is filled with resources and guidance for healthcare providers and individuals who may be impacted by the disease. You can also join the conversation on Twitter and Facebook by using #STDMonth17. Sign up for our Thunderclap and share a prevention message from your Twitter, Facebook, and/or Tumblr account.
We’ve come out on top in the battle against syphilis before, and together we can do it again.
Publicado por salud equitativa en 8:07