Another Downside to Unemployment: Stroke Risk?

Findings from Japan point to health benefits of job security 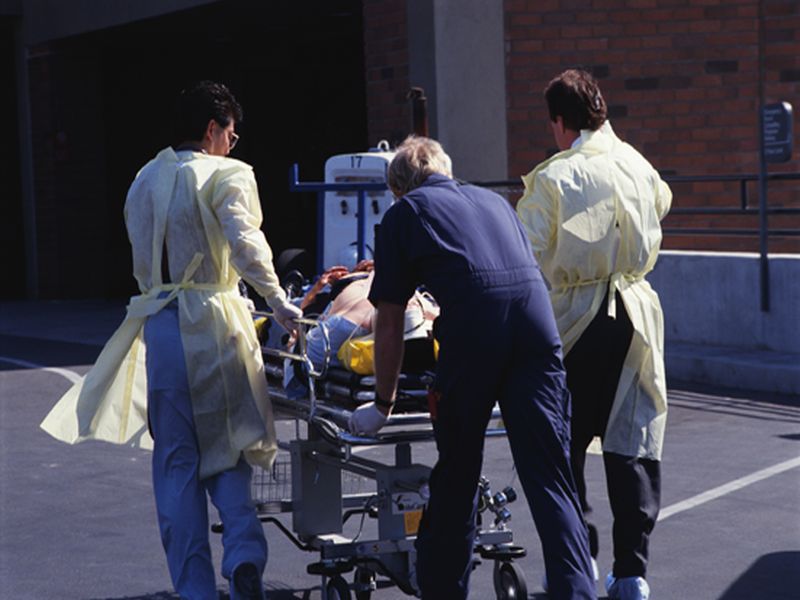 THURSDAY, April 13, 2017 (HealthDay News) -- Losing a job might increase your risk for a fatal stroke, a new study from Japan suggests.
"While the Japanese culture is different from the U.S. culture, the implication is that job security could help reduce stroke risk," said lead researcher Dr. Ehab Eshak.
Eshak is a visiting associate professor of public health at Osaka University's Graduate School of Medicine.
Among roughly 42,000 Japanese adults, Eshak's team found that those who remained employed over 15 years had a lower risk of stroke than those who lost a job.
Compared with steadily employed workers, jobless men had a nearly 60 percent higher risk of stroke. And they were 120 percent more likely to die from it, Eshak said.
Women with a jobless stint suffered, too. They were over 50 percent more likely to have a stroke and nearly 150 percent more likely to die from it, the study found.
Stroke -- which affects arteries leading to the brain -- is a leading cause of death and disability in developed countries.
Experts weren't surprised by the findings.
"Losing a job can be very stressful and have consequences for your health," said Dr. Ralph Sacco, chairman of neurology at the University of Miami School of Medicine.
Although cultural differences could have implications, the study is consistent with the evidence that stressful life events can have an impact on vascular risks, said Sacco, who wasn't involved in the study.
"If you are out of work, make sure that you continue to prioritize your cardiovascular health through diet, exercise, weight control, and not smoking or drinking too much," Sacco said.
In Japan, unlike the United States, workers are part of a "life-term employment system," in which males devote themselves to a stable job, Eshak said. Someone who loses a job is usually re-employed in a lower position, he noted.
For those reassigned men, stroke risk rose even higher -- nearly 200 percent, the study found. Plus, the risk of dying from stroke rose to 300 percent, Eshak said.
Among women with new jobs, however, risk of stroke or death from stroke was far lower, the findings showed.
The study authors speculate that because of prior job loss, re-employed men may have greater job insecurity. They might feel pressure to keep the new job and hesitate to take a sick day or visit a doctor if they have lost health benefits.
In the study, Eshak and colleagues analyzed the long-term effects of employment changes among nearly 22,000 Japanese men and 20,000 women, aged 40 to 59, over a 15-year period.
Overall, more than 1,400 ischemic (blood clot) or hemorrhagic (bleeding) strokes occurred during that time. Just over 400 were fatal.
The study doesn't distinguish between people who left a job voluntarily or those who were fired or laid off. Nor does it establish a cause-and-effect relationship between job loss and stroke risk.
Still, Dr. Anand Patel, a neurologist at Northwell Health Neuroscience Institute in Manhasset, N.Y., said that "changes in employment have been known to affect mental and physical health."
The detrimental effects of unemployment likely result from psychological stress and unhealthy lifestyle behaviors, he said. These could include smoking, drinking, not taking medication and not managing risk factors for stroke.
"Due to different financial and employment circumstances in the U.S., the findings of this study should not be generalized to the U.S. population, but should stimulate further research," Patel suggested.
The report was published online April 13 in the journal Stroke.
SOURCES: Ehab Eshak, M.D., Ph.D., visiting associate professor, public health, Graduate School of Medicine, Osaka University, Japan; Ralph Sacco, M.D., chairman, neurology, University of Miami, Miller School of Medicine; Anand Patel, M.D., neurologist, Northwell Health's Neuroscience Institute, Manhasset, N.Y.; April 13, 2017, Stroke, online
HealthDay
Copyright (c) 2017 HealthDay. All rights reserved.
News stories are written and provided by HealthDay and do not reflect federal policy, the views of MedlinePlus, the National Library of Medicine, the National Institutes of Health, or the U.S. Department of Health and Human Services.