In small study, frequent players had empathetic responses similar to those who don't play much 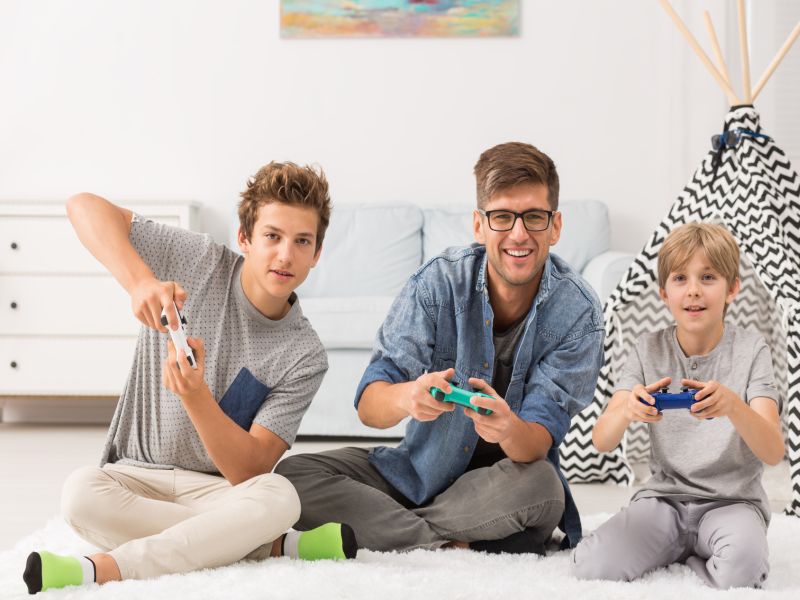 WEDNESDAY, March 8, 2017 (HealthDay News) -- Young men who play violent video games the most -- at least two hours a day -- don't appear to become desensitized to violence or to lose the ability to feel empathy, a small German study suggests.
"This doesn't mean everyone has to buy 'Grand Theft Auto 5' for their toddler, but it's part of an increasing flood of studies of various sorts that indicate that previous fears of violent video games were unfounded," said Christopher Ferguson, a leading critic of research linking video games to aggression.
Scientists have spent years debating whether violent video games make people more aggressive and less affected by violence. But it has been difficult to isolate the specific effect of playing the games since so many other things affect how people see the world.
Still, "over the last 10 years we've really seen a wave of behavioral studies indicating that violent video games are not associated with behavioral problems in players," said Ferguson, who wasn't involved in the study. He's a professor of psychology at Stetson University in DeLand, Fla.
In the new study, German researchers recruited 15 young men (average age 23) who've played games such as "Counterstrike," "Call of Duty" and "Battlefield" for at least two hours a day for four years or more.
On average, the gamers played four hours a day. They began playing video games at an average age of 13 years old.
The researchers compared them to another group of similarly aged young men who didn't play video games daily, and said they hadn't played violent video games.
The study volunteers underwent functional magnetic resonance imaging (fMRI) brain scans as they looked at drawings depicting neutral scenes or violent scenes. This technology allows researchers to see which parts of the brain become active during a task.
The violent scenes the study volunteers looked at included drawings of a woman setting herself on fire and a man being waterboarded. The volunteers were told to imagine how they'd feel in the situation depicted in the drawings.
Based on their responses to questionnaires, the video game players appeared be more anti-social, the researchers found. But they didn't appear to have any less empathy or more aggression than the other young men.
The researchers also reported that players showed no signs of being desensitized to violence, at least judging by how their brains reacted to the drawings.
"The brains of violent video game users and normal control subjects seem to process the material in the same way," said study lead author Gregor Szycik. He's a lecturer in the Department of Psychiatry at Hannover Medical School in Germany.
Szycik acknowledged that the study doesn't say anything about how the participants would react to real-life violence. So it's not clear if heavy video game players would do anything differently if, say, someone was shot in front of them.
Dr. Claire McCarthy is an assistant professor at Harvard Medical School who works with children. She said the findings should be viewed with caution because the study is small and doesn't look at real-life situations.
McCarthy argued that it may be impossible to ever fully understand the effects of video games, and has suggested that parents still make sure their kids get time away from screens.
Parents may find it hard to believe that repeatedly playing violent video games might not make users more aggressive. But Ferguson said it may be because -- as new brain research is suggesting -- "our brains seem to treat fictional media and real-life events quite differently. We really need to retool our theories of media consumption to take account for the increasing evidence that our brains employ 'fiction detectors' that cause us to respond very differently to fictional media than real-life events."
Ferguson suggested that "we can relax a bit on the issue of violent video games" in the light of historically low youth violence and recent research into the brains and behavior of players.
The new study appears March 8 in the journal Frontiers in Psychology.
SOURCES: Gregor Szycik, Dr. rer. nat., lecturer, Department of Psychiatry, Hannover Medical School, Germany; Christopher Ferguson, Ph.D., professor, psychology, Stetson University, DeLand, Fla.; Claire McCarthy, M.D., assistant professor, Harvard Medical School; March 8, 2017, Frontiers in Psychology
HealthDay
Copyright (c) 2017 HealthDay. All rights reserved.
News stories are written and provided by HealthDay and do not reflect federal policy, the views of MedlinePlus, the National Library of Medicine, the National Institutes of Health, or the U.S. Department of Health and Human Services.