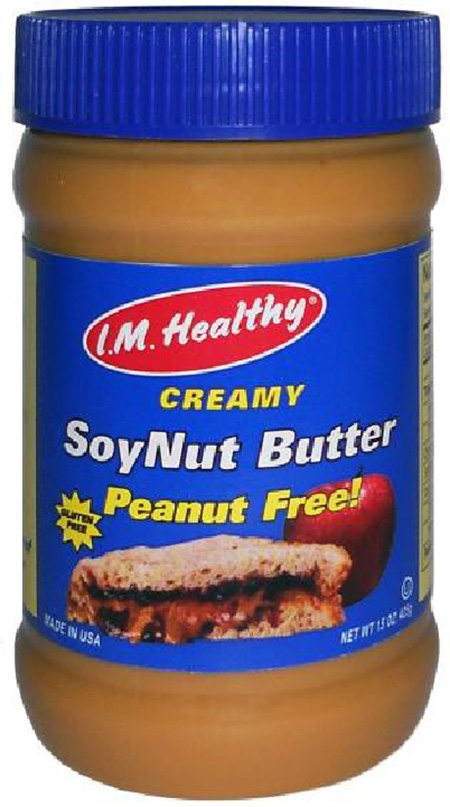 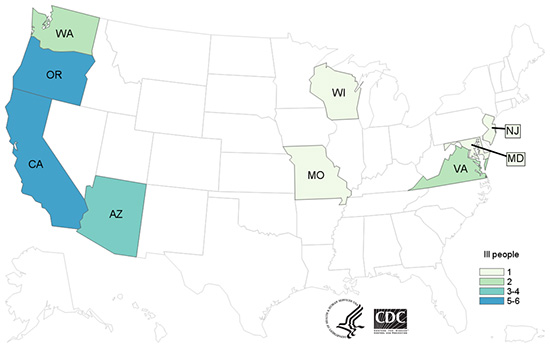 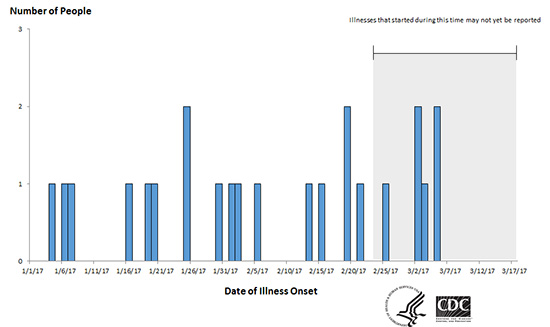 Since the last update on March 13, 2017, seven more ill people have been reported from four states.
Twenty-three people infected with the outbreak strains of STEC O157:H7 have been reported from nine states. A list of the states and the number of cases in each can be found on the Case Count Map page.
Illnesses started on dates ranging from January 4, 2017, to March 5, 2017. Ill people range in age from 1 to 48 years, with a median age of 8. Twenty (87%) of the 23 ill people are younger than 18 years. Among ill people, 61% are male. Ten ill people have been hospitalized and seven people developed hemolytic uremic syndrome (HUS), a type of kidney failure. No deaths have been reported.
Illnesses that occurred after February 24, 2017, might not yet be reported due to the time it takes between when a person becomes ill and when the illness is reported. This takes an average of 2 to 3 weeks. Please see the Timeline for Reporting Cases of E. coli O157:H7 Infection for more details.