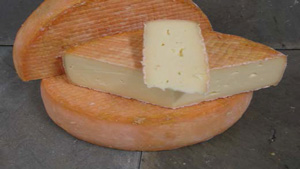 CDC is collaborating with public health and regulatory officials in several states, and the U.S. Food and Drug Administration (FDA) to investigate a multistate outbreak of Listeriamonocytogenes infections (listeriosis). Listeria can cause a serious, life-threatening illness.
Public health investigators are using the PulseNet system to identify illnesses that may be part of this outbreak. PulseNet is the national subtyping network of public health and food regulatory agency laboratories coordinated by CDC. DNA "fingerprinting" is performed on Listeria bacteria isolated from ill people by using techniques called pulsed-field gel electrophoresis (PFGE) and whole genome sequencing (WGS). CDC PulseNet manages a national database of these DNA fingerprints to identify possible outbreaks. WGS gives a more detailed DNA fingerprint than PFGE.
Six people infected with the outbreak strain of Listeria have been reported from four states since September 1, 2016. A list of states and the number of cases in each can be found on the Case Count Map page. WGS performed on clinical isolates from all six ill people shows that the isolates are closely related genetically. This close genetic relationship provides additional evidence that people in this outbreak became ill from a common source.
Listeria specimens from ill people were collected from September 1, 2016 to January 22, 2017. Ill people range in age from less than one year to 89 years, with a median age of 55. Five of six ill people are female. All six (100%) ill people reported being hospitalized, and two people from Connecticut and Vermont died. One of the illnesses was reported in a newborn.
The outbreak can be illustrated with a chart showing the number of people who were diagnosed each week. This chart is called an epidemic curve or epi curve.

Investigation of the Outbreak

Epidemiologic and laboratory evidence indicates that soft raw milk cheese made by Vulto Creamery of Walton, New York, is the likely source of this outbreak.
State and local health departments interviewed ill people or their family members about the foods they may have eaten or other exposures in the month before their illness started. Six (100%) of six people reported eating a soft cheese. The ill resident of Florida reported traveling to New York State and eating soft cheese there before becoming ill. Available information indicates that cheese made by Vulto Creamery was for sale at stores where at least five of the ill people purchased cheese before becoming ill.
The Connecticut Department of Public Health collected leftover cheeses from the deceased person's home in Connecticut. The outbreak strain of Listeria was identified in a leftover cheese that the family identified as Ouleout cheese from Vulto Creamery.
The New York Division of Milk Control and Dairy Services collected three intact wheels of Ouleout cheese from Vulto Creamery during a joint inspection with FDA. The outbreak strain of Listeria was identified in samples taken from the three wheels of cheese. On March 7, 2017, Vulto Creamery recalled all lots of Ouleout, Miranda, Heinennellie, and Willowemoc soft wash-rind raw milk cheeses. The soft raw milk cheeses were distributed nationwide, with most being sold at retail locations in the northeastern and Mid-Atlantic States, California, Chicago, Portland, Oregon, and Washington, D.C.
CDC and state and local public health partners are continuing laboratory surveillance through PulseNet to identify additional ill people and to interview them. This investigation is ongoing, and updates will be provided when more information is available.
Publicado por salud equitativa en 7:16