The physical benefits of yoga 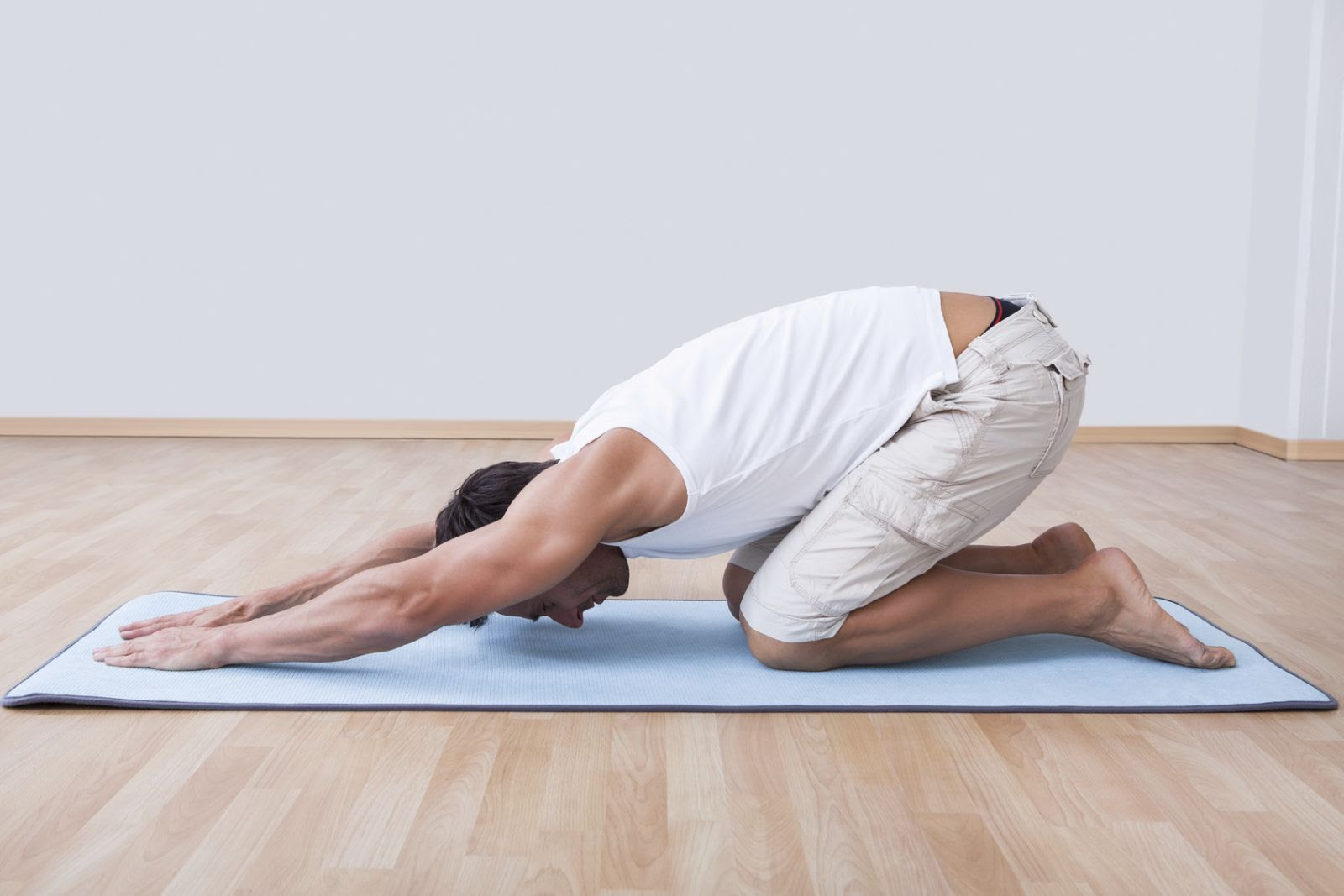 Yoga promotes physical health in multiple ways. Some of them derive from better stress management. Others come more directly from the physical movements and postures in yoga, which help promote flexibility and reduce joint pain.
Following are some of the physical benefits of yoga that have a growing body of research behind them. In addition to the conditions listed below, preliminary research also shows that yoga may help with migraines, osteoporosis, balance and mobility issues, multiple sclerosis, inflammatory bowel disease, fibromyalgia, and ADHD.

Get your copy of Introduction to Yoga
Yoga is more than just a workout—it’s actually a combination of four components: postures (like tree pose), breathing practices, deep relaxation, and meditation that can transform your health on many different levels. To show you how easy yoga can be and how you can reap the many health benefits, Harvard Medical School experts createdAn Introduction to Yoga.

Back pain relief
Back pain is one of the most common health problems in the United States. Four out of five Americans will suffer from it at some point. But yoga appears to help. A 2013 meta-analysis of 10 randomized controlled trials found "strong evidence for short-term effectiveness and moderate evidence for long-term effectiveness of yoga for chronic low-back pain." In fact, since 2007, the American Society of Pain guidelines have urged physicians to consider recommending yoga to patients with long-term pain in the lower back.
While it is tempting to stay in bed when your back hurts, doctors no longer recommend extended bed rest. Although lying in bed does minimize stress on the lumbar spine, it also causes muscles to lose conditioning, among other problems. In general, the sooner you can get up and get moving, the faster you will recover. Yoga helps alleviate back pain by increasing flexibility and muscle strength. Relaxation, stress reduction, and better body awareness may also play a role.
In one study, published in the journal Spine, people with back pain who did two 90-minute sessions of yoga a week for 24 weeks experienced a 56% reduction in pain. They also had less disability and depression than people with back pain who received standard care, such as pain medication. The results also suggested a trend toward the use of less pain medication in those who did yoga. When the researchers followed up with the participants six months after the study, 68% of the people in the yoga group were still practicing yoga an average of three days a week for an average of 33 minutes per session. That's a good indicator that they found yoga to be helpful.
Less arthritis pain
Exercise has been shown to help alleviate the pain and stiffness associated with osteoarthritis; however, these symptoms can make it difficult to be active in the first place. Yoga offers a gentle form of exercise that helps improve range of motion and strengthen the muscles around painful joints.
In a 2014 study of 36 women with knee osteoarthritis, those who did yoga experienced significant improvements in their symptoms compared with women who didn't do yoga. The yoga group had a 60-minute class one day a week and then practiced at home on several other days, averaging 112 minutes of yoga a week on their own. After eight weeks, they reported a 38% reduction in pain and a 35% reduction in stiffness, while the no-yoga group reported worsening symptoms.
People with rheumatoid arthritis, an autoimmune disorder, may also benefit. In a 2015 study, women with rheumatoid arthritis reported improvements in their physical health, walking ability, pain levels, energy, and mood, and had significantly fewer swollen and tender joints, after doing two hour-long yoga classes a week for eight weeks.
To learn more about the benefits of yoga and ways to get started, buy Introduction to Yoga, a Special Health Report from Harvard Medical School

A breathing technique to help you relax 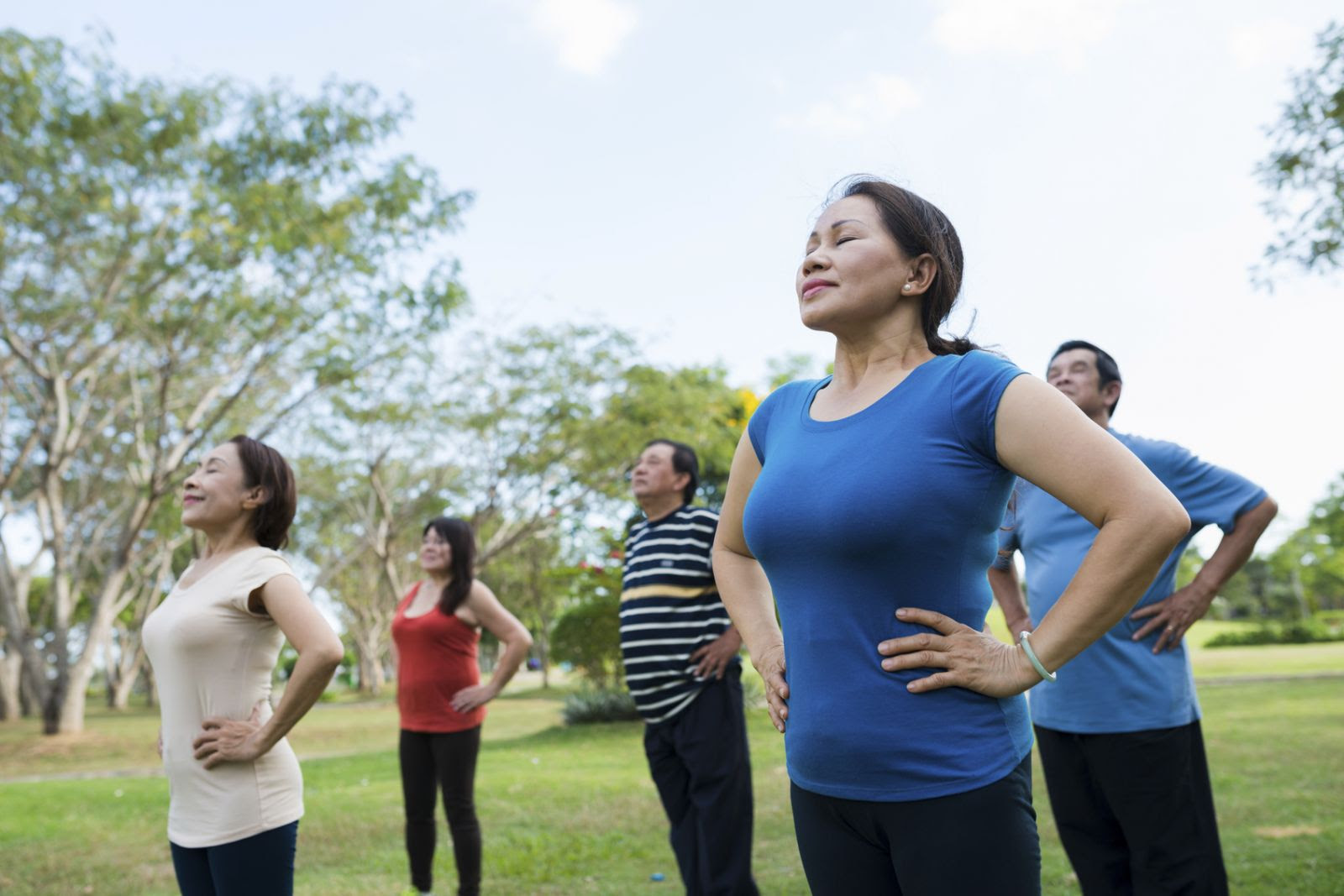 
The practice of yoga incorporates many separate breathing techniques (above and beyond the coordinated breathing you do during yoga routines) that can help relax you and release tension. And many of these techniques can be done anytime, anywhere — not just during yoga class.
If you'd like to reap the benefits of these breathing techniques, start with the abdominal breathing technique described below. Once you've mastered abdominal breathing, you can then try others based on the unique benefits that each technique offers.
Abdominal breathing
As we go about our daily lives, most of us take quick, shallow "chest breaths" that can leave us feeling tense and drained. Abdominal breathing, also called "belly breathing," is a basic yoga breath that combats the effects of chest breathing. The technique emphasizes breathing deeply to create abdominal movement. It's essential for those beginning a yoga practice, but everyone can benefit from learning it, yogi or not.
Abdominal breathing is best learned while lying on your back, with one or both of your hands on your abdomen. To take an abdominal breath, inhale slowly and deeply, drawing air into the lowest part of your lungs so your hand rises. Your belly should expand and rise as you inhale, then contract and lower as you exhale. One way to think of this is to imagine your lungs as two glasses of water — with each breath, you should fill them from the bottom up, but empty them from the top down.
Once you're comfortable doing abdominal breathing in a reclining position, you can try it while sitting or standing. You can use this technique as you practice a yoga posture or while meditating. It is also useful at any time of the day when you need to calm down.
To learn more about the other breathing techniques, plus ways to get started with a yoga practice, buy Introduction to Yoga, a Special Health Report from Harvard Medical School. 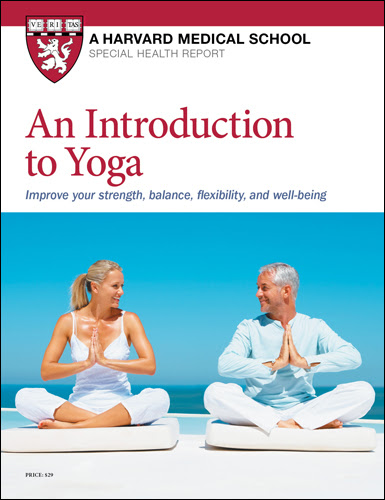