MSS in my family, a special story.

Our MSS story started in 1943, and the story is still going on.
Written by perivar, published 4 months ago. 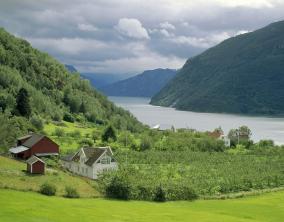 In 1948 my grandmother gave birth to hear oldest son, my father. He does not have any signs of MSS, but he carries the gene. Then during a period of about ten years she gave birth to two daughters at two other sons, all affected by the MSS gene.
My native language is Norwegian, so I hope you can understand what I'm writing...
Our MSS story started in 1943, and the story is still going on. In 1948, my grandmother gave birth to her oldest son, my father. He did not have any signs of MSS, but he carries the gene mutation. Then during a period of about ten years she gave birth to two daughters and two other sons. All affected by the MSS gene. My family were at that time, farmers and fishermen, living in a small village named Kokelv, their language was mostly Sami, and of course some Norwegian at school and in public communication.
In that time, and up to around 1985, it was normal procedure to send disabled children to different institutions around the country. So was the situation for my uncles and aunts. They where all sent to a place called ”Klabu nursing home” in Trondelag county, near the city of Trondheim, about 1800 kilometers from their home. The distance made it almost impossible for my grandparents to have regular and often contact with their children. But my uncles and aunts all traveled the long distance every summer, and sometimes even during Christmas.
When my father was around 17 years old he also moved to Klabu, and he started to work at Klabu nursing home, so that he could have more contact with his brothers and sisters. Also other members of our family moved to Klabu, this led to the fact that all my uncles and aunts were able to keep a strong bond to their hometown and family. I can only imagine the situation with my father driving all the 1800 km from Klabu to Kokelv with 4 disabled brothers and sister in his car, in order to celebrate summer or Christmas with their family.
My uncles and aunts lived in different nursing homes during their childhood, and in the end of the 1970s they moved to Hammerfest and Karasjok, only a few hours driving away from their hometown. This was the first time they were separated, my oldest uncle and aunt moved to Hammerfest and the youngest two moved to Karasjok. I can't write all the story about the different homes that they stayed at, but I would say that a lot of the things they experienced would have led to criminal charges if today's rules had been established in that time. BUT they all say they had a very good childhood, they went to school, and learned basic skills as reading and writing. When they got older they all were offered some kind of job, either in some special kind of public work, or as my oldest uncle who worked in several years in the local fishing industry. Three off my family members with MSS are now retired, both as a consequence of age, and as a result of MSS. My youngest uncle is now at the age of 60, and still working part time at the local library in Kokelv.
During 1980s and beginning of 1990s the Norwegian system focused more and more on disabled person and their rights and possibilities. This led to the possibility of moving into their own home, they all tried to live in their own apartments and my uncle and aunt who had lived in Karasjok moved to their birth village. The other two were also given this possibility, but they decided that they would like to live in a lager town, so they stayed in Hammerfest.
Always remember that having this kind of challenge in a family always will give you a lot of challenges and problems, BUT it will also give you a lot of good skills, experiences and happy moments. :)
Maybe I'll write more later.