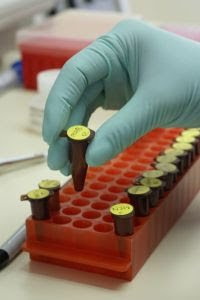 The US National Institutes of Health (NIH) has announced that is creating a “public database that researchers, consumers, health care providers, and others can search for information submitted voluntarily by genetic test providers” (see press release). The aim of the Genetic Testing Registry (GTR) is to improve the levels of information accessible to consumers about the availability, validity and usefulness of genetic tests. Although the exact scope of the GTR will no doubt develop, it will initially focus on tests that “involve an analysis of human chromosomes, deoxyribonucleic acid, ribonucleic acid, genes and/or gene products (e.g. enzymes and other types of proteins), which is predominantly used to detect heritable or somatic mutations, genotypes, or phenotypes related to disease and health.”

The NIH states that over 1,600 genetic tests are currently available to patients and consumers, but there is no single database collating information about them. The GTR should provide a trustworthy resource for consumers and medical professionals and encourage test providers to be more transparent about the evidence associated with their tests. In addition, the test data will be integrated with information in other genetic, scientific, and medical databases to facilitate translation of research findings into practice. As part of the development process, the NIH will involve numerous stakeholders and federal regulatory bodies to determine the best way to develop and present the GTR.

Comment: Irrespective of the ongoing debate surrounding the legitimacy of consumer genetic testing, there is an urgent global need to construct an accessible evidence base for all diagnostic tests, to encourage accuracy, reliably, validity and effectiveness, and to ensure that any claims are consistent with the scientific evidence. There is currently no systematic evidence base for diagnostic tests, neither those used by clinicians nor those available to the public; furthermore, unlike pharmaceuticals, there is no agreed mechanisms for generating or assessing evidence about diagnostic tests. Simply achieving transparency about the level of evidence associated with novel tests is the first step towards redressing this balance, and would provide both health care providers and consumers with the necessary tools and information to make informed decisions.

In the UK, the PHG Foundation has repeatedly highlighted the need for such an evidence base (see our Diagnostics Summit report). In the US, a mandatory registry of laboratory tests was also proposed several years ago by the Secretary’s Advisory Committee on Genetics, Health and Society (see previous news); however, when proposals for implementation were developed last year by the Genetics and Public Policy Centre (see previous news), the registry became limited to genetic tests. Although this is a clear example of genetic exceptionalism, the GTR may represent an important first step towards realising these goals, and could ultimately inform the development of a test registry with a much wider remit and greater regulatory clout. Moreover, while the aims of the GTR are certainly laudable, it remains to be seen whether a voluntary database will be effective; nonetheless, it may be the only option given the global nature of both genomics research and the genetic testing market. In fact, the voluntary nature of the database may itself provide an indication of the quality of service offered by different companies, and reputable companies will finally be able to distinguish themselves from those selling the genetic equivalent of ‘snake oil’.
http://www.phgfoundation.org/news/5305/
PHG Foundation is the trading name of the Foundation for Genomics and Population Health, a charitable company registered in England and Wales
Company Number: 5823194, Charity Number: 1118664
Publicado por salud equitativa en 11:38