Bridging the Voice of ALS Patients 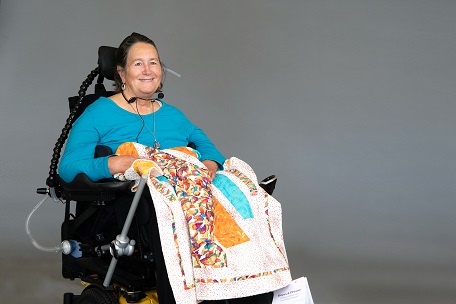 Because learning more about ALS is an important step in the battle to defeat it, the National ALS Registry gathers confidential health information from people who are living with the disease to learn more about what causes ALS and possibly lead to better treatments.
Amyotrophic lateral sclerosis (ALS) is a fatal neurological disease that attacks the nerve cells. The cause of ALS is unknown, and there is no known cure. The National ALS Registry is the only population-based registry in the United States that collects information to help scientists learn more about who gets ALS and its potential causes. In addition, the Registry seeks to connect people living with ALS to clinical trials and research studies, as well as supporting researchers and projects around the world.
Awareness of the Registry is a key in the fight for this disease, which is why the National ALS Registry encourages everyone to join the registry. May is National ALS Awareness Month, and this year, the National ALS Registry would like to highlight a few inspirational voices of ALS patients: Alan Alderman, Darrin Altman, and Andrea Lytle Peet. Every person with ALS has an individual story, and understanding these stories can help researchers ultimately piece together clues about this disease.

ALS Patient Fulfills His Dream Rowing Across the Atlantic Ocean 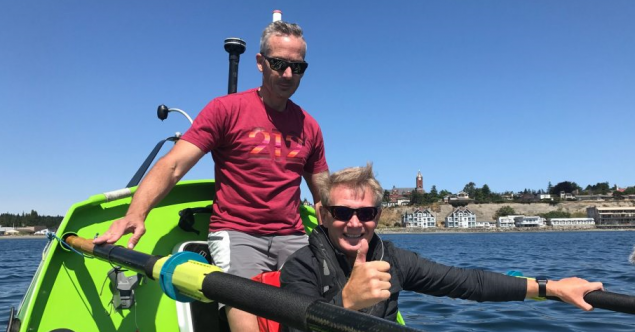 Alan Alderman (right) preparing to row.
For nearly two decades, Alan Alderman has defied the odds by living with ALS. He has dedicated much of his life to raising awareness of ALS. Last year, Alan showed the world that even with his diagnosis, he is committed to living his life to the fullest, no matter the challenges he faces.Along with four dedicated teammates, Alan Alderman successfully rowed 3,000 miles across the Atlantic Ocean in the Talisker Whisky Challenge—nicknamed the “World’s Toughest Row.” His team, known as “Row4ALS,” is the first team in history with a patient living with ALS. 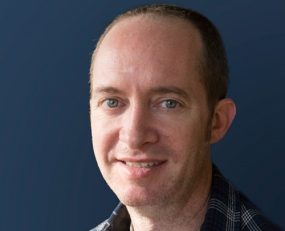 Darrin Altman
Darrin Altman was diagnosed with ALS in 2009. Before his diagnosis, Darrin worked as a Spanish Court Interpreter and received a master’s degree in Spanish Linguistics.
Within a year after his ALS diagnosis, Darrin was having difficulties with his speech and began searching for an app to help him communicate. With zero programming experience, Darrin registered for several free online courses. After about two years of dedication and studying, and with the help of his children, Darrin made a Sight Words app.
In 2015, Apple approved the first version of Talk for Me – Text to Speech, and he is now on the tenth version of the app, which is available free of charge in the app store.
Darrin says, “One of the worst things about ALS is losing independence. I have used the app on my iPad and my phone and have made all kinds of phone calls to companies and banks. It allows me to do a lot of things on my own.”

Triathlon Athlete Beating ALS, One Race at a Time 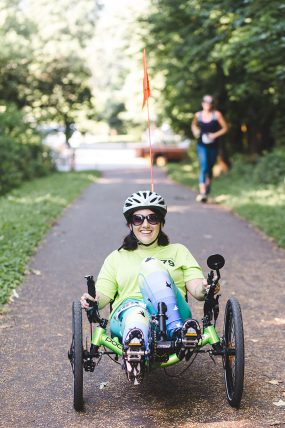 Andrea Peet on her recumbent trike
Andrea Lytle Peet was diagnosed with ALS in May of 2014, at the age of 33. In eight months, she went from completing a 70-mile half Ironman to walking with a cane. Instead of letting ALS define her physical capabilities, Andrea continues to race on her recumbent trike. Her goal is to become the first person with ALS to do a marathon in all 50 states.
These three individuals have more in common than their ALS diagnosis; they also all demonstrate determination and inspiration that people living with this disease can continue leading a fulfilling life.
With the support of the Registry, research to develop and improve effective treatments for ALS continues. Learn more about the National ALS Registry here www.cdc.gov/ALS. 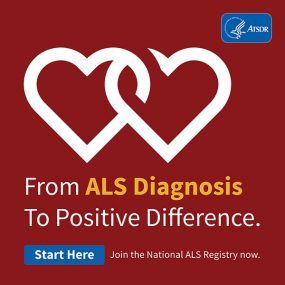