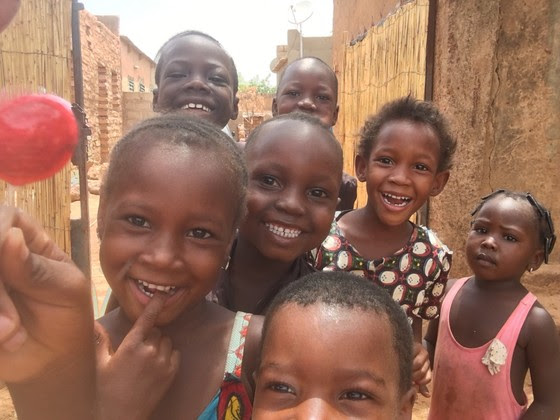 Message from the Coordinator

U.S. Global Malaria Coordinator Dr. Ken Staley has had an exciting and busy first six months. In this inaugural message, he confers key takeaways from the 73rd session of the UN General Assembly, highlights the importance of open and transparent data, and reflects on why he has the best job in Washington, D.C. Read his message.

WHO Welcomes the New Nets Project
PMI is pleased that the World Health Organization (WHO) has officially welcomed the New Nets Project, which was launched by the Global Fund and UNITAID in September 2018. Identifying, testing and implementing new methods to reduce the spread and impact of insecticide resistance is a priority for PMI. The New Nets Project is piloting novel versions of insecticide-treated nets to provide a stronger line of defense against malaria-carrying mosquitos resistant to existing insecticides. PMI, which is part of the steering committee for the New Nets Project, is a strong supporter of efforts like this to manage and mitigate insecticide resistance. Read WHO’s complete statement.
Heads of State from 16 African Nations Sign Windhoek Declaration on Eliminating Malaria
PMI applauds the signing on the Windhoek Declaration on Eliminating Malaria in the South African Development Community on August 18, 2018. In signing the document, 16 heads of state endorsed key actions to put the region back on track to achieve global malaria elimination targets. Many signatories—Angola, the Democratic Republic of the Congo, Madagascar, Malawi, Mozambique, Tanzania, Zambia and Zimbabwe—are PMI focus countries. The Windhoek Declaration comes at a pivotal moment in southern Africa’s malaria fight, reaffirming country commitments to elimination at the highest political level and reigniting progress to meet new challenges. PMI is proud to support national leaders to maintain their hard-won gains against malaria and build national ownership of malaria elimination efforts. Read the full announcement.
New PMI Web Pages: Elimination and Seasonal Malaria Chemoprevention
PMI is excited to add two important areas to its “How We Work” section on its website: Elimination and Seasonal Malaria Chemoprevention. Visit our website to learn more and browse resources related to these and other key intervention areas.

PMI Recognizes Faith Communities in the Fight against Malaria
On October 3, 2018, PMI Senior Malaria Advisor Dr. Martin Alilio participated in a Hill briefing panel with bishops of the Anglican Church from four southern African countries in Washington, D.C. The following day, U.S. Global Malaria Coordinator Dr. Staley participated in a related event at Harvard University’s Divinity School. As countries continue to make progress on malaria elimination, the work of faith-based organizations and faith leaders such as the Anglican bishops will become even more vital for engaging hard-to-reach communities. Faith communities play a pivotal role in supporting the fight against malaria in PMI focus countries.

Night Guard: Unfolding the Protective Effects of the Mosquito Net
Each night, drawn by the breath of humans, Anopheles mosquitos fly into homes and feed on the blood of sleeping children and adults. This blog explores new technologies for insecticide-treated nets that will help stave off increasingly resistant mosquitos.

Saving Children in Bong County: PMI Brings Malaria Care to Rural Communities
When four-year-old Samuel was burning with fever, his mother Helen faced a two-hour walk to the nearest health facility. Luckily, Helen instead was able to visit Albert, a community health assistant, for testing and treatment. Two days later, Samuel was back playing with his friends. His recovery was thanks to PMI’s program, which has trained, deployed and equipped more than 240 community health assistants like Albert in Liberia’s north-central Bong County since 2016. Learn how PMI support is saving dozens more Bong County children like Samuel through integrated community case management.
Check out our Country in Focus page for more stories and to learn about PMI’s work in Liberia.

Peace Dellor: Fighting Malaria with Data in Ghana
Back in 2015, Peace Dellor was hired as a data entry clerk to assist PMI-supported indoor residual spraying in Ghana. Always going the extra mile, Dellor was promoted to monitoring and evaluation assistant for Kumbungu District on the subsequent PMI VectorLink project. Improving countries’ capacity to collect and use information is one of PMI’s core areas of strategic focus, and Dellor—who comes from Keta in the Volta Region of southeastern Ghana—has the critical role of ensuring accurate data reporting. Dellor praised PMI for training her to make informed decisions to reduce malaria prevalence and helping her connect with hard-to-reach local communities. Read this interview to learn what surprised her most about working with PMI.
PMI Explores Private Sector Business Model for Rapid Diagnostic Tests in Uganda
PMI collaborated with USAID’s Global Development Lab, the Massachusetts Institute of Technology and the Malaria Consortium to study factors that influence buyer, distributor and retailer decisions to stock malaria rapid diagnostic tests in Uganda. Researchers found that retailers and buyers liked combining a product subsidy with a bundle of services including training for retailers, advertising, barcoding and biohazard disposal. Distributors were less satisfied because they carried the burden of expired stock as retailers placed small orders. Their research also pointed to the potential for a different business model, in which retailers could offer malaria services beyond simple sales transactions. Thanks to support from PMI and its partners, this research has opened the door for improvements in the private sector supply chain for rapid diagnostic tests. Learn more about PMI's research collaboration to improve malaria diagnosis and treatment in Uganda.
Championing the Return of Indoor Residual Spraying in Malawi
For the first time in six years, PMI is resuming support of indoor residual spraying in Malawi thanks to lower-cost, longer-lasting insecticides becoming available. PMI’s support is critical and will help spray 118,000 eligible structures, protecting more than 480,000 people. The government of Malawi and National Malaria Control Program are eager and active partners in spray campaign implementation, and are excited to have PMI’s support. Deliberate efforts to integrate gender equality and female empowerment into the campaign are also paying off, with women making up 40 percent of personnel hired for the campaign. Lydia Tembo, age 21, is one of the supervisors hired. Read Lydia’s story.
EXPLORE MORE STORIES FROM THE FIELD »
Click to view the full version of this newsletter, including recent reports, publications and stories from the field.