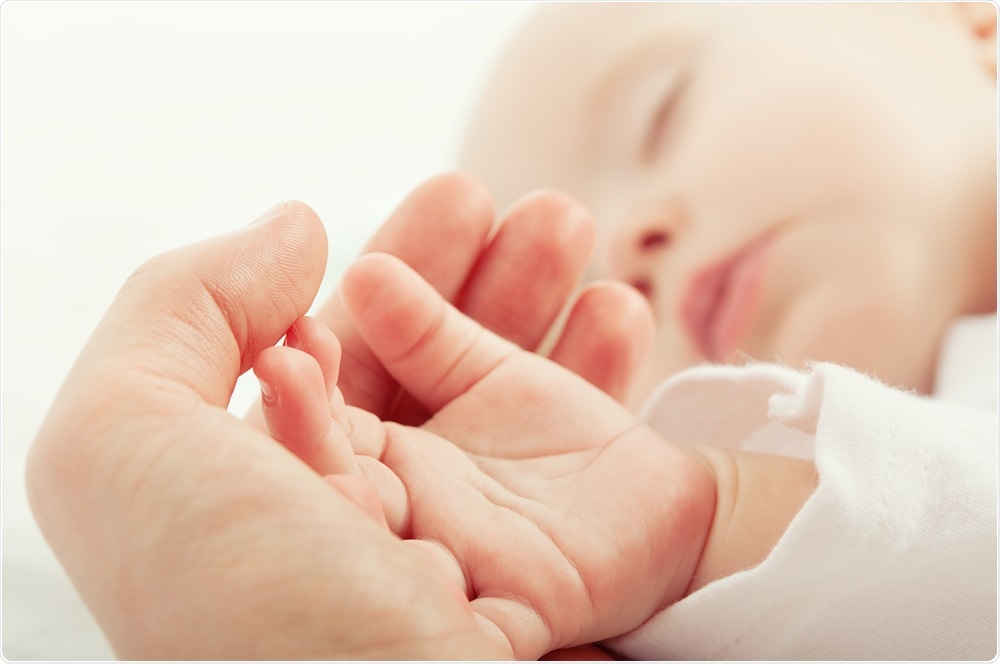 Evgeny Atamanenko | Shutterstock
The study involved 40 babies, enrolled at a mean age of three months. The babies were randomly assigned to hypertonic saline (6.8% saline) or isotonic saline (1.9%), and followed up for 12 months.
Older studies using mice models revealed that hypertonic saline reduced the formation of the dangerous mucus plugs that occur in cystic fibrosis. These plugs block the airways and result in recurrent chest infections.
This finding was confirmed in other studies of older infants and children suffering from cystic fibrosis.
Dr. Mirjam Stahl, the lead author of the current study, pointed out: “CF lung disease starts in the first months of life, leaving only a narrow window of opportunity for preventive therapeutic interventions.”
Lung disease is the chief factor responsible for symptomatic illness and death in these patients. Being able to prevent it, or at least delay the age of onset, or slow down its progression, could be a great stride forward in treating cystic fibrosis.
The current trial showed the potential to accomplish this safely in the early days of life.
At the end of the 12-month follow-up period, the hypertonic saline group showed a higher lung clearance index.
This group also gained significantly more weight (a mean difference of 1.1 pounds, or 0.5 kg, between the two groups was noted), as well as approximately an inch in height.
The increase in weight corroborated earlier mouse CF studies which used hypertonic saline.
In both groups there was little difference in the rate at which exacerbations or adverse events occurred.
Another question that was investigated in this study was the possibility of safely testing these infants using lung clearance index and chest magnetic resonance imaging (MRI).
These tests can measure the outcome of this therapy in quantitative terms.
The lung clearance index is a measure of air flow through the pulmonary airways, and indirectly reflects the degree of mucous blockage that is among the earliest features of lung disease caused by CF.
On the other hand, early structural abnormalities in the lungs are picked up using MRI.
The scientists in this study found that both measures were safely applicable to infants, as well as being well tolerated by them. The lung clearance index was, however, more useful in assessing therapeutic benefit in this study.

The researchers pointed out that the study was limited by the absence of a true placebo arm, since isotonic saline itself could have produced clinical benefit.
The relatively short follow-up period of 12 months is another limitation, making it impossible to establish the long-term benefit of treatment with hypertonic saline.
However, the study has opened up a potentially important intervention approach at the point of diagnosis of CF.
The tested therapy couples simplicity with safety while improving the lung function and overall health of these infants.