Your kids’ obesity may up knee, hip osteoarthritis risk later | The Indian Express

Your kids’ obesity may up knee, hip osteoarthritis risk later | The Indian Express

Your kids’ obesity may up knee, hip osteoarthritis risk later

A new research reports that obesity during childhood could increase the risk of developing knee and hip osteoarthritis later in life. This type of arthritis occurs when flexible tissue at the end of the bones wears down. 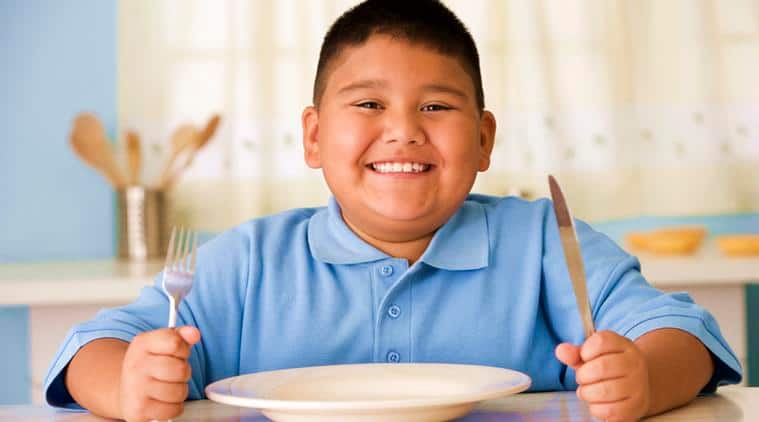 Is your child suffering from obesity? A research suggests childhood obesity increases the risk of osteoarthritis. (Source: File Photo)
If your son or daughter is obese during childhood then he or she could be at an increased risk of developing knee and hip osteoarthritis later, new research has found. Osteoarthritis is a type of arthritis that occurs when flexible tissue at the ends of bones wears down. The results showed that childhood body mass index (BMI) significantly increased the prevalence of osteoarthritis by 1.7 per cent per unit increase in BMI, specifically 0.6 per cent in knee and 0.6 per cent in hip. Conversely, high adult BMI significantly increased the prevalence of osteoarthritis by 2.7 per cent per unit increase in BMI, and 1.3 per cent in knee, and 0.4 per cent in hip.
“Our results suggest the effect of adult BMI seems to be stronger on knees, whilst childhood BMI might impact both knee and hip osteoarthritis risk similarly,” said author Professor Prieto-Alhambra from University of Oxford in Britain. The research, published in the journal Annals of Rheumatic Diseases, included data from two genome wide association studies (GWAS) which identified 15 and 97 specific gene changes, known as SNPs — single nucleotide polymorphism — associated with childhood and adulthood BMI respectively.
The team then used a separate GWAS of 3,37,000 unrelated individuals. They identified 13/15 childhood obesity SNPs and 68/97 adulthood obesity SNPs and then analysed the association between these SNPs and self-reported osteoarthritis, as well as hospital data for knee, hip and hand osteoarthritis. The study, also presented at Annual European Congress of Rheumatology (EULAR 2018) in Amsterdam, showed no association between childhood and adult obesity with development of osteoarthritis in hand.
“Obesity in both childhood and adulthood is an important public health issue,” said Johannes W. Bijlsma, President of European League Against Rheumatism (EULAR), a Switzerland-based non-profit organisation. “These data showing a causal relationship with osteoarthritis should add further impetus to tackle the issue of obesity and reduce related disability,” Bijlsma added.
For all the latest Lifestyle News, download Indian Express App
Publicado por salud equitativa en 7:18