A study conducted in eastern Finland has shown that moderate-to-heavy drinking among young adults is associated with changes in their metabolic profile.
The research also showed that some of the altered metabolite concentrations were correlated with reductions in the volume of brain grey matter, particularly among young women who drank heavily. 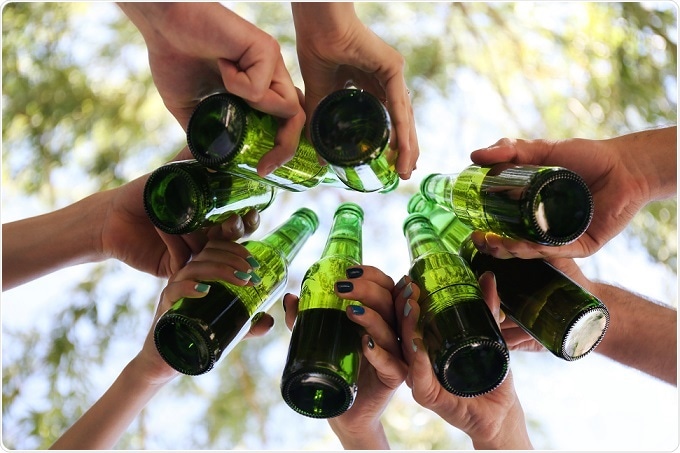 © Africa Studio/Shutterstock.com
The findings shed light on the biological implications of consuming alcohol during adolescence and could contribute to the development of new treatments.
The study involved 37 young adults living in eastern Finland with a ten-year history of moderate-to-heavy alcohol consumption and 27 light-drinking controls.

Study author Noor Heikkinen (University of Eastern Finland) and colleagues used targeted liquid chromatography mass spectrometry to determine serum metabolite profiles and magnetic resonance imaging (MRI) to assess the volume of grey matter in the brain.
As reported in the journal Alcohol, changes in the amino acid profile and energy metabolism were observed among the moderate-to-heavy drinking group, compared with the control group.
The moderate-to-heavy drinking group was found to have increased serum concentrations of 1-methylhistamine, a compound formed in the brain from histamine.
Furthermore, this increase in 1-methylhistamine, as well as an increase in creatine (a compound involved in the supply of energy) were associated with a reduction in grey brain matter volume among females.
Heikkinen says:

Heikkinen also points out that the alterations in metabolite profile were seen even among adolescents who consumed alcohol at a level that was socially acceptable and none of the participants had been diagnosed as alcohol-dependent.
The findings suggest consuming alcohol, even at a level that is not considered excessive, can have a negative effect on young individuals, both on their metabolism and on their grey matter volume.
Sources:
Publicado por salud equitativa en 9:08