By Sally Robertson, BScMay 31, 2018
Researchers from the Karolinska Institutet have shown that protracted weight gain can, in some cases, be attributed to a reduced ability to metabolise fat. 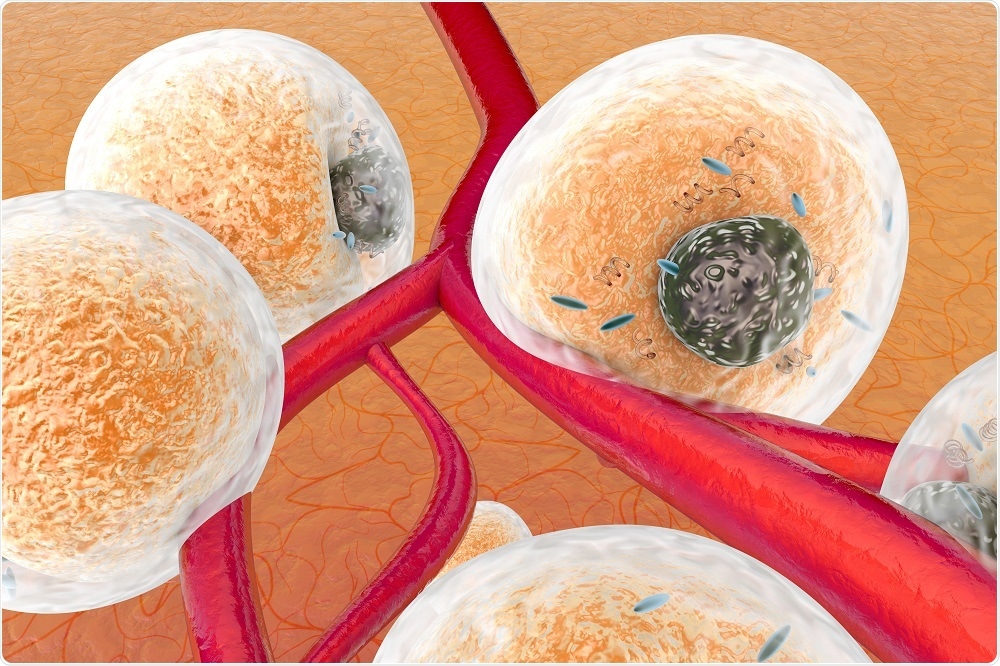 Image Credit: Spectral-Design / Shutterstock
The team says certain people may need more intensive lifestyle changes if they are to decrease their risk of becoming overweight or developing type 2 diabetes.

We've suspected the presence of physiological mechanisms in fatty tissue that cause some people to become overweight and others not, despite similarities in lifestyle, and now we've found one."
Professor Mikael Rydén, Study Author

Rydén and colleagues are now working to develop a way of measuring the body’s ability to break down fat.
For the study, the researchers analysed subcutaneous fat samples taken from the abdomens of women before and after a follow-up period of approximately a decade.
As reported in the journal Cell Metabolism, they found that the ability of the fat cells to release fatty acids in the first tissue sample could be used to predict which women would have developed type 2 diabetes at the end of the study.
This fatty acid release, referred to as lipolysis, is a process the body uses to provide an energy source in muscles.

Researchers differentiate between two types of lipolysis – basal lipolysis, which is ongoing, and hormone-stimulated lipolysis, which occurs in response to an increased need for energy.
Rydén and team found that the fat cells from women who later became overweight showed a high basal, but low hormone-stimulated lipolysis that increased the risk of weight gain and type 2 diabetes by 3 to 6 times.
"It's a bit like a car that's at high revs but that's lost its ability to get into gear when it needs to. The end result is that the fat cells eventually take up more fat than they can get rid of," explains Rydén.
He says the results now need to be corroborated in larger studies and for men.

We hope to develop a clinically expedient way of identifying individuals at risk of developing overweight and type 2 diabetes, who might need more intensive lifestyle intervention than others to stay healthy.”
Professor Mikael Rydén