, an education program from the University of Chicago, leverages the fun activity of gameplay to impart these lessons to young people from Chicago’s South Side community. Funded by the Student Education Partnership Award (SEPA), part of the National Institute of General Medical Sciences (NIGMS), in 2015, HHA assists teachers in their goal of helping teen students gain awareness and control over their health and also learn about careers in STEM 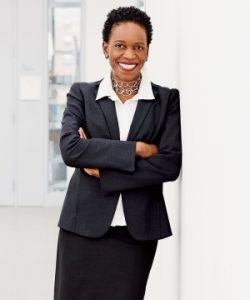 , a University of Chicago professor of Obstetrics/Gynecology and Pediatrics and founder of the Center for Interdisciplinary Inquiry & Innovation in Sexual and Reproductive Health (Ci3)

. During a 2013 summer program with high school students, Gilliam and Patrick Jagoda

, introduced the students to their STEM-based alternate reality game called The Source

, in which a young woman crowdsources player help to solve a mystery that her father has created for her.
From their experience with The Source, Gilliam and Jagoda quickly learned that students not only wanted to play games but to design them too. What followed was the Game Changer Lab’s creation of the Hexacago game board, as well as the launch of HHA, a SEPA-funded project that the lab oversees.
Hexacago Game Board
At the core of HHA is the Hexacago game board

, which displays the city of Chicago, along with Lake Michigan, a train line running through the city, and neighborhoods gridded into a hexagonal pattern.
HHA students not only play games designed from the Hexacago board template, but also design their own games from it that are intended to inspire behavior change in health-related situations and improve academic performance. 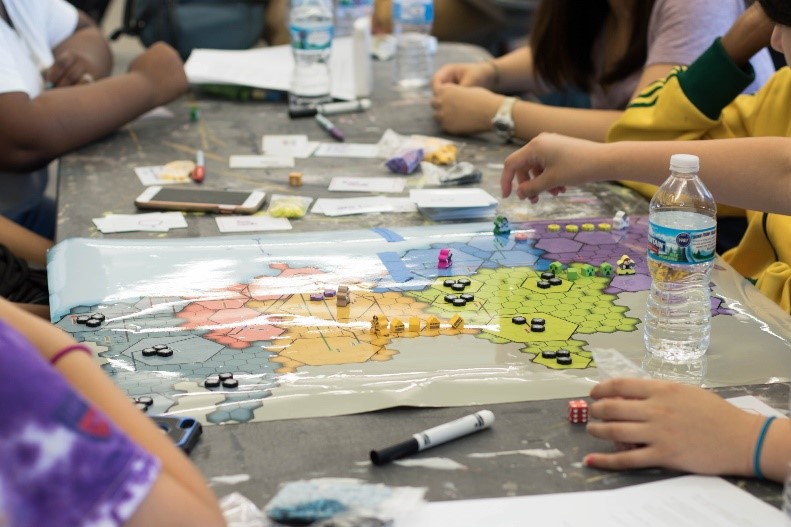 Credit: Ci3 at the University of Chicago.
In this way, HHA is much more than just game design and play. “Students have no idea that what they’re doing is learning. In their minds, they’re really focused on designing games,” says Gilliam. “That’s the idea behind Hexacago Health Academy: helping people acquire deep knowledge of science and health issues by putting on the hat of a game designer.” Moreover, through the process of gameplay and design, students practice all the rich skills that result from teamwork, including collaborative learning, leadership, and communication.
Gilliam says that the Game Changer Lab is also interested in what happens after playing a completed game. The team seeks to create game-based youth interventions for urban health issues (e.g., drugs, alcohol, reproductive health) through the Hexacago games. A May 2018 article from the Journal of STEM Outreach

reveals promising data. From the 24 teens that participated in the 2015 summer session of HHA, results showed that the initial session succeeded in expanding understanding of health science among participants, as well as developing critical thinking skills, inspiring teamwork, and encouraging risk-taking in education. 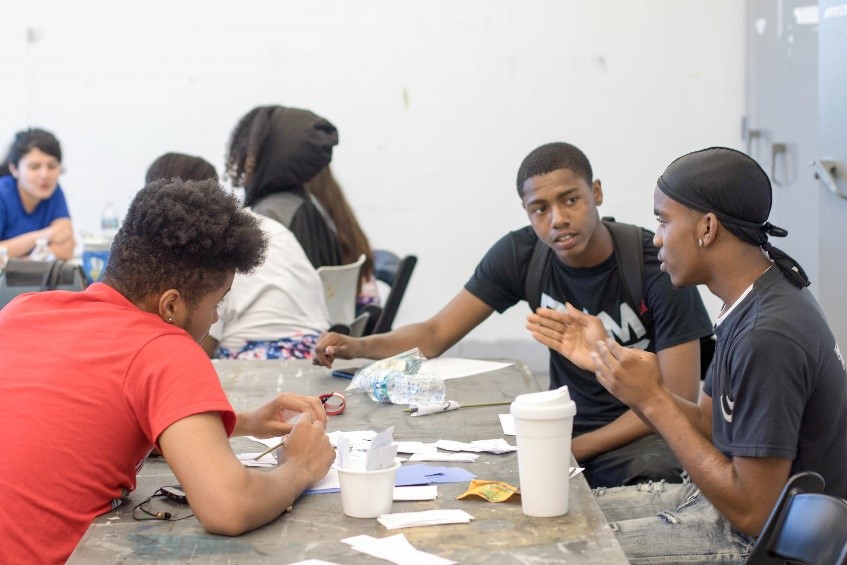 Credit: Ci3 at the University of Chicago.
In addition to the HHA games, the Game Changer Lab has a number of digital games under development, including two funded by Phase 1 Small Business Technology Transfer (STTR)grants from SEPA. The first, Caduceus Quest, follows young protagonists as they solve medical and science mysteries. The second, Prognosis, is a resource management game in which the player considers the policy and resources needed to keep disease frequency low in the city. SEPA has been crucial to the work of the Game Changer Lab and the young people it serves.
Student Game Design
The HHA program provides a sound structure for student groups, delegating roles for them to learn and perform during game design. For example, some students in the group are tasked with further research while others work on game mechanics, and yet others create game questions and answers. This well-orchestrated process yields thoughtfully designed games produced with a quick turnaround time so that students can see and enjoy the results of their hard work.
A benefit of the Hexacago game board is that it doesn’t require that students work in computer code or have very advanced skills. Still, HHA teens do gain experience in areas such as coding or sound design, and they walk away knowing that what they’ve learned can translate into the career world if they want to become video game designers.
Games in the Hexacago Suite 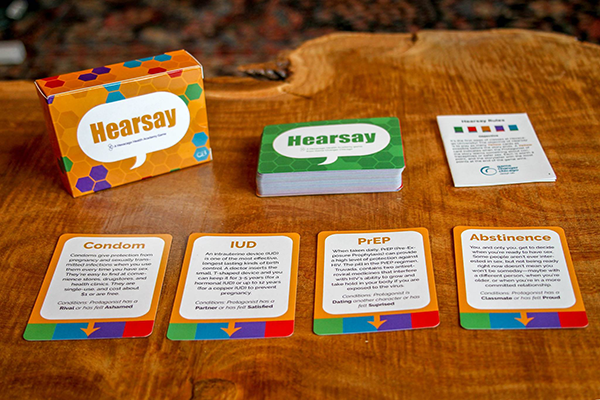 Credit: Ci3 at the University of Chicago.
HHA students have helped design the following Hexacago games with the goal of attaining positive behavioral outcomes in young people. 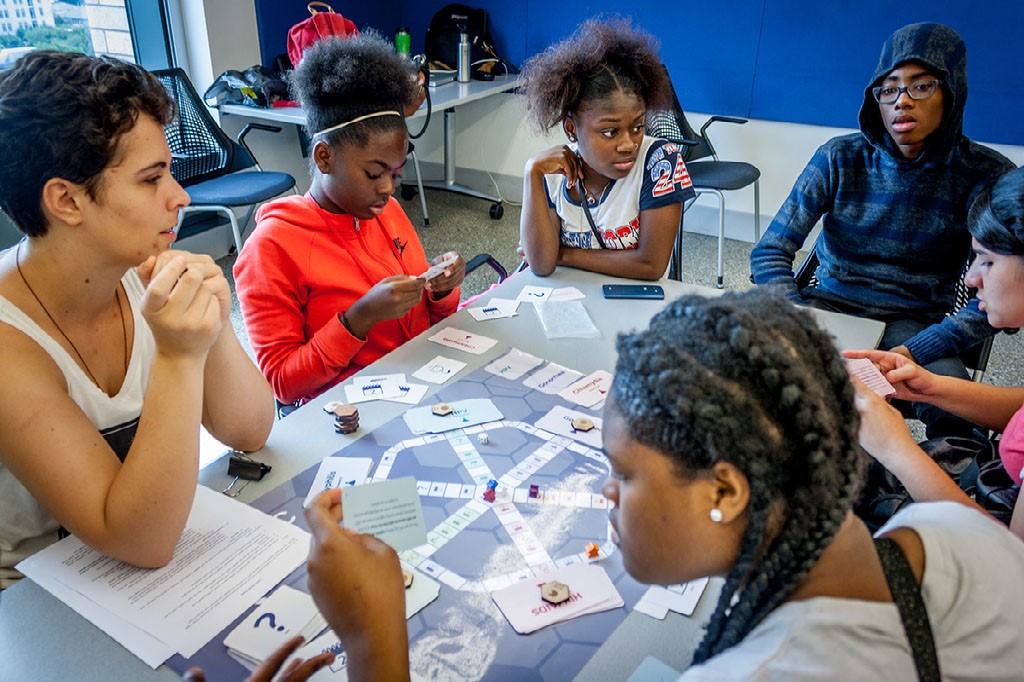 HHA Students with Clinic Quest. Credit: Ci3 at the University of Chicago.
In addition to playtests of Clinic Quest and Hearsay in the U.S., teens in Delhi, India, also playtested and further developed both games during a 2017 week-long workshop.
Current SEPA funding will support HHA as it brings its program in game design and application to students in schools and other academic scenarios. “This is terrific because there’s a lot of teachers involved in curriculum development and implementation, giving us feedback,” says Gilliam. “It’s been a gift that continues to give because we’re able to use Hexacago in so many different settings and test it in different environments.”
Publicado por salud equitativa en 8:34