By Sally Robertson, BScJune 5, 2018
Researchers from Lund University in Sweden have identified four main trajectories for the development of childhood cancer, two of which have been linked to disease relapse. 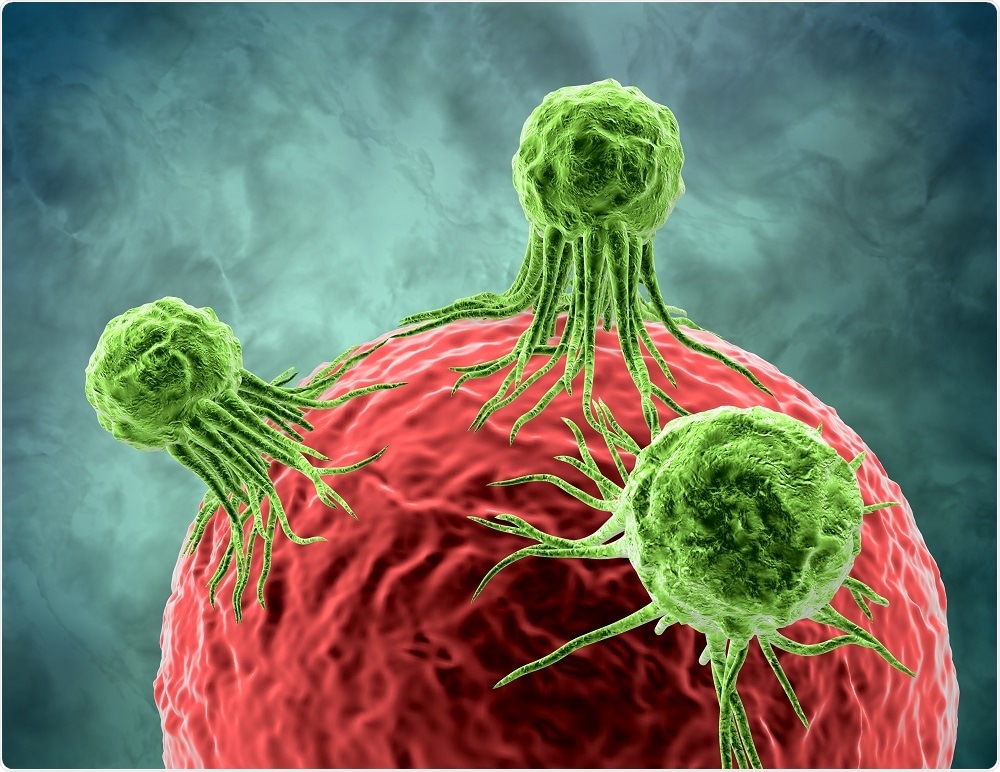 Image Credit: Illustration Forest / Shutterstock
The genome of cancer cells often evolves to avoid the body’s defence mechanisms and to survive treatments such as chemotherapy. When cancer cells proliferate, mutations develop that can lead to the formation of new types of cancer cells referred to as clones.
One problem when treating patients is that there may be several types of cells (called clones) within a single tumor that contain different mutations. These clones may also respond differently to chemotherapy.
Understanding more about the development of these clones could therefore help researchers develop improved treatments.
Now, Jenny Karlsson and colleagues have mapped out the genome of cancer cells from more than 50 tumors among patients with Wilms tumour, neuroblastoma and rhabdomyosarcoma.
The team tracked the different types of mutations that led to the emergence of four main survival strategies, namely tolerance, coexistence, competition and chaos. As reported in Nature Genetics, these four strategies can occur simultaneously in a single tumor.

Patients with the first two variants generally have good outcomes, while the latter two strategies are associated with risk of relapse.”
David Gisselsson Nord, Lead Author

If the strategies competition or chaos were present in the tumour at the onset of illness, the risk of relapse was more than 50 per cent.
“The same two strategies were found when we analysed relapse tumours. It seems that some cancer cells are programmed from the outset to single-handedly create a relapse,” says Nord.
The team concludes that the first tumour should not be used as a proxy to predict targeted treatment in case of a relapse and that a new biopsy is well warranted.
Next, the researchers plan to identify which mechanisms drive the survival strategies that cancer cells adopt in the first stage of disease.
Nord says that if more were known about the environment that triggers cancer cells to develop, it could be possible to influence how the cells change during treatment and perhaps prevent relapse.
The team is now applying for funding for a major study that will investigate whether the four strategies can indeed be used in the clinic.
Source:
https://www.alphagalileo.org/en-gb/Item-Display/ItemId/164492?returnurl=https://www.alphagalileo.org/en-gb/Item-Display/ItemId/164492
Publicado por salud equitativa en 8:17