Agenda
List of participants
Photos
Presentations
Recordings
The 4th RDI Annual Meeting took place on May 10th in Vienna, Austria, back to back to the European Conference on Rare Diseases and Orphan Medicinal Products (ECRD 2018). Delegates from 33 member organisations attended the first part of the meeting, which was reserved to members only. One third of the member delegates came from outside Europe: from Argentina, Brazil, Colombia, USA, Canada and all the way from India, Iran, China, Japan, Singapore, Hong Kong and South Africa.
The Membership Meeting included an Extraordinary General Assembly called by the Council to approve the legal incorporation of RDI, as well as the 2017 Activity and Financial Report and the Action Plan and Budget for 2018. At the meeting, members present unanimously adopted the statutes of the new organisation and approved the Council’s decision to proceed with RDI’s legal incorporation, which will be completed before the end of the year. Zoe Alahouzou, Deputy to the CEO of EURORDIS, described the process towards legal and financial independence from EURORDIS, as well as EURORDIS continued support for the next 5 years (Read Press Release).
The rest of the morning was devoted to the presentation of various programs that merit attention from patient groups working at international level. Of particular interest was the Conference Programme to support national or regional conferences that include an international dimension, presented by Lisa Phelps, RDI Council Member from NORD. Also, the presentation of RDI’s new role in the International Rare Disease Research Consortium (IRDiRC), following the nomination of Council member, Ritu Jain, as the RDI representative in IRDIRC’s Constituency Assembly and Patient Advocates Constituency Committee.
The Membership Meeting was also the opportunity for members to hear and provide feedback on tools that could be of use in their advocacy work internationally. Sandra Courbier, Survey Programme Senior Manager at EURORDIS, presented Rare Barometer Voices and the benefits of extending the survey’s panel to patients internationally. Paloma Tejada, Director of RDI, presented the State of the Art of Rare Disease Activities in Europe (RD-ACTION) and tested the idea with members to extend it progressively to countries outside of the European Union.
The presentations were followed by a brainstorming session where patient representatives were able to talk about the different types of support that could be useful to them in their international work. All sorts of ideas ranging from travel grants, fellowships, training seminars, online educational modules, mentoring or twinning programs and advocacy tool kits were open for discussion.
The Membership Meeting ended with an open forum to enable members to present the situation in their own countries and voice their needs and opinions regarding RDI’s work.
Representatives of member organisations present, were also able to meet personally the three most recently-elected members of the Council: Angela Chaves from the Colombian Rare Disease Patient Alliance (FECOER), Ritu Jain of DEBRA International and Lisa Phelps of the National Organization for Rare Disorders (NORD)
In the afternoon, RDI members were joined by representatives from other patient groups, as well industry and other stakeholders of the rare disease community, for a two-hour session devoted to tools, means and actions to advocate for rare diseases in the United Nations system.
Ritu Jain, Council Member from DEBRA International, presented RDI’s Advocacy Committee, which was launched in September last year, as well as RDI’s Policy on developing, recommending and adopting policy positions.
Durhane Wong-Rieger, Council Chair from CORD, presented the role of RDI in the NGO Committee for Rare Diseases and its importance as a vehicle to influence policy at UN level as part of the Sustainable Development Goals.
At the end of the day, in a room packed with more than 100 people, Yann Le Cam, Council Member and CEO of EURORDIS, described the ongoing advocacy efforts by RDI to put rare diseases on the UN human rights, disability, development and global health agendas.
Participants took home the recent words from WHO’s Director General: “We are working for a world where no one is left behind. On #RareDiseaseDay, we welcome further discussions with the rare diseases community on how we can strengthen cooperation to ensure people with rare diseases can access the health services they need.”
Photos 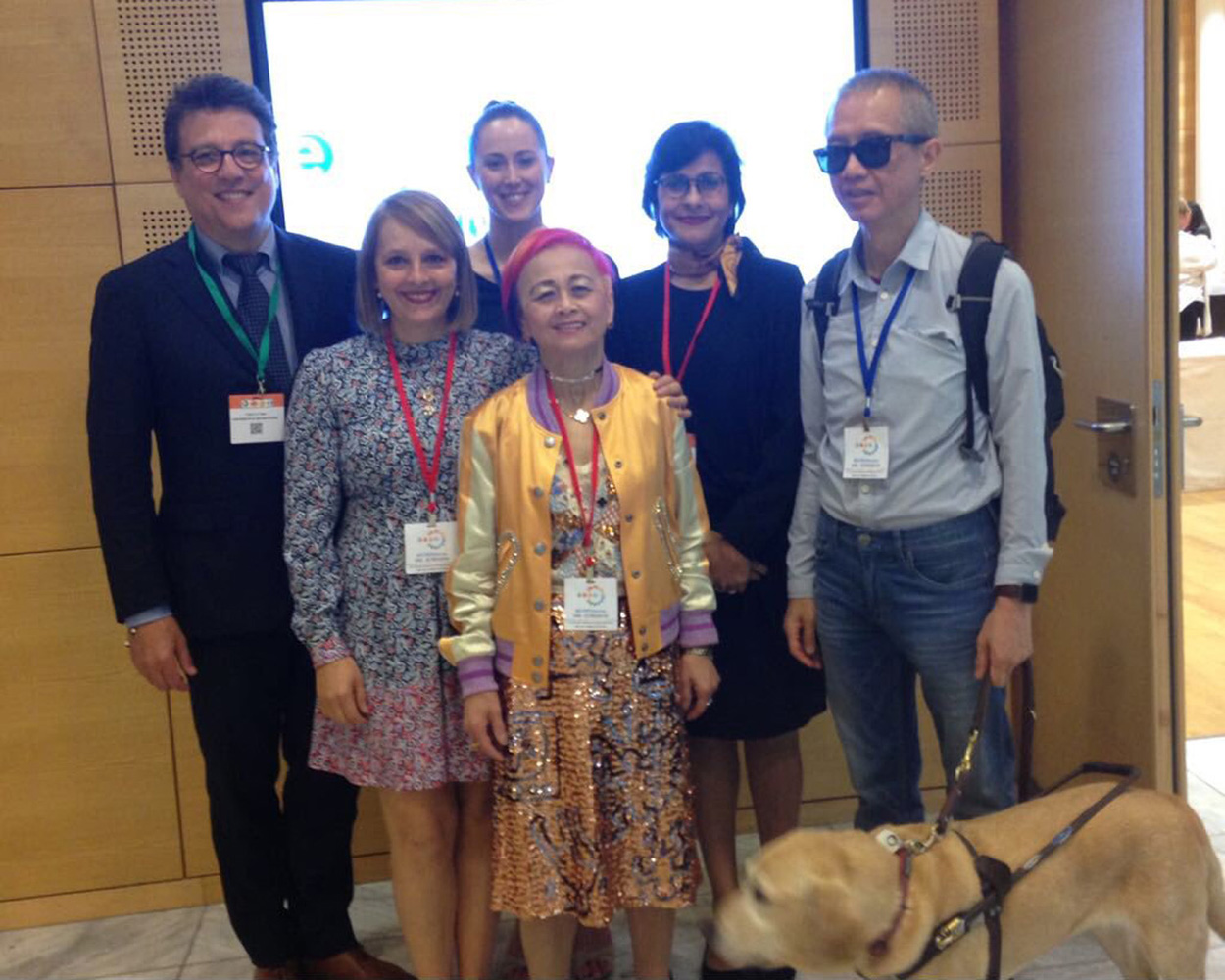 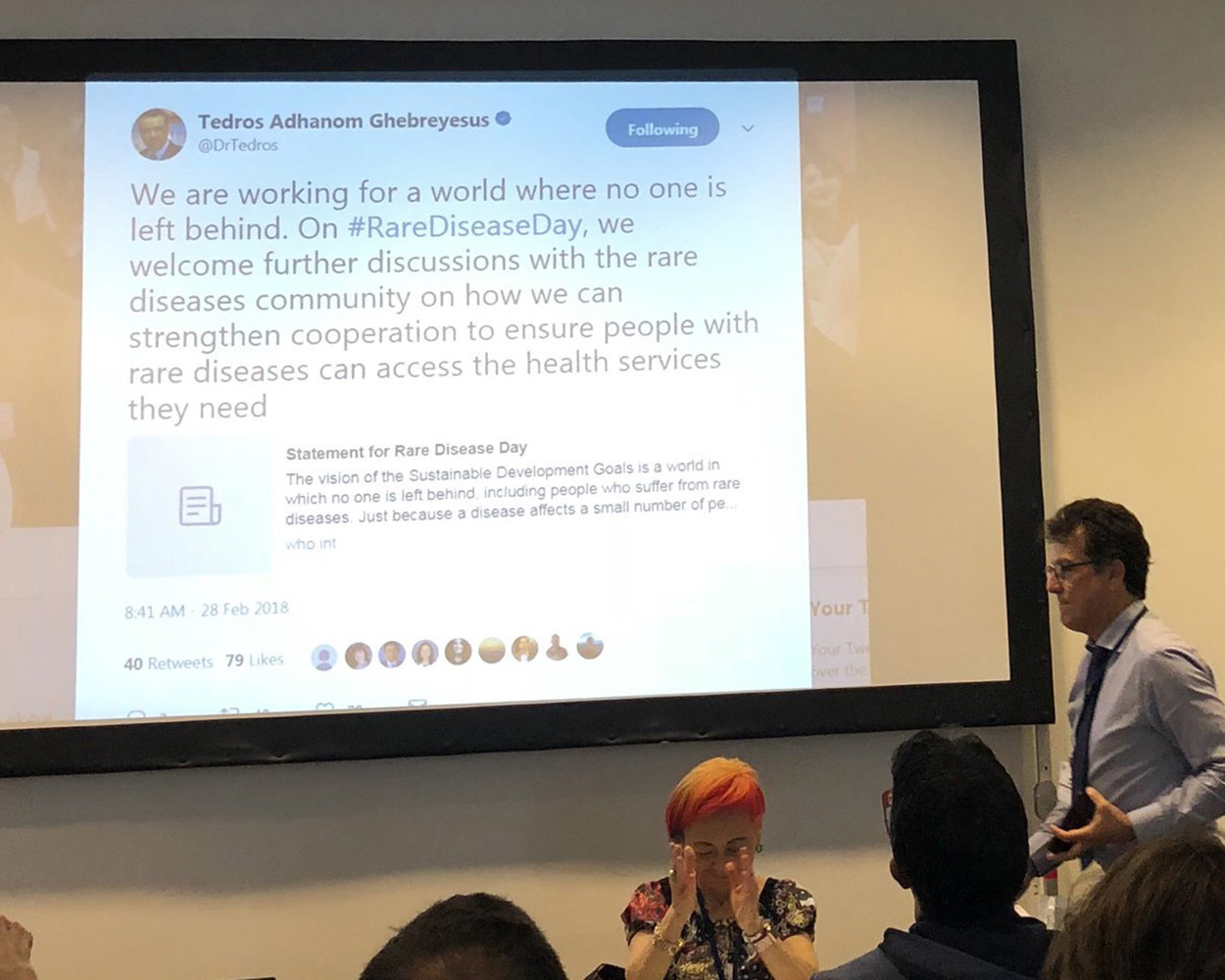 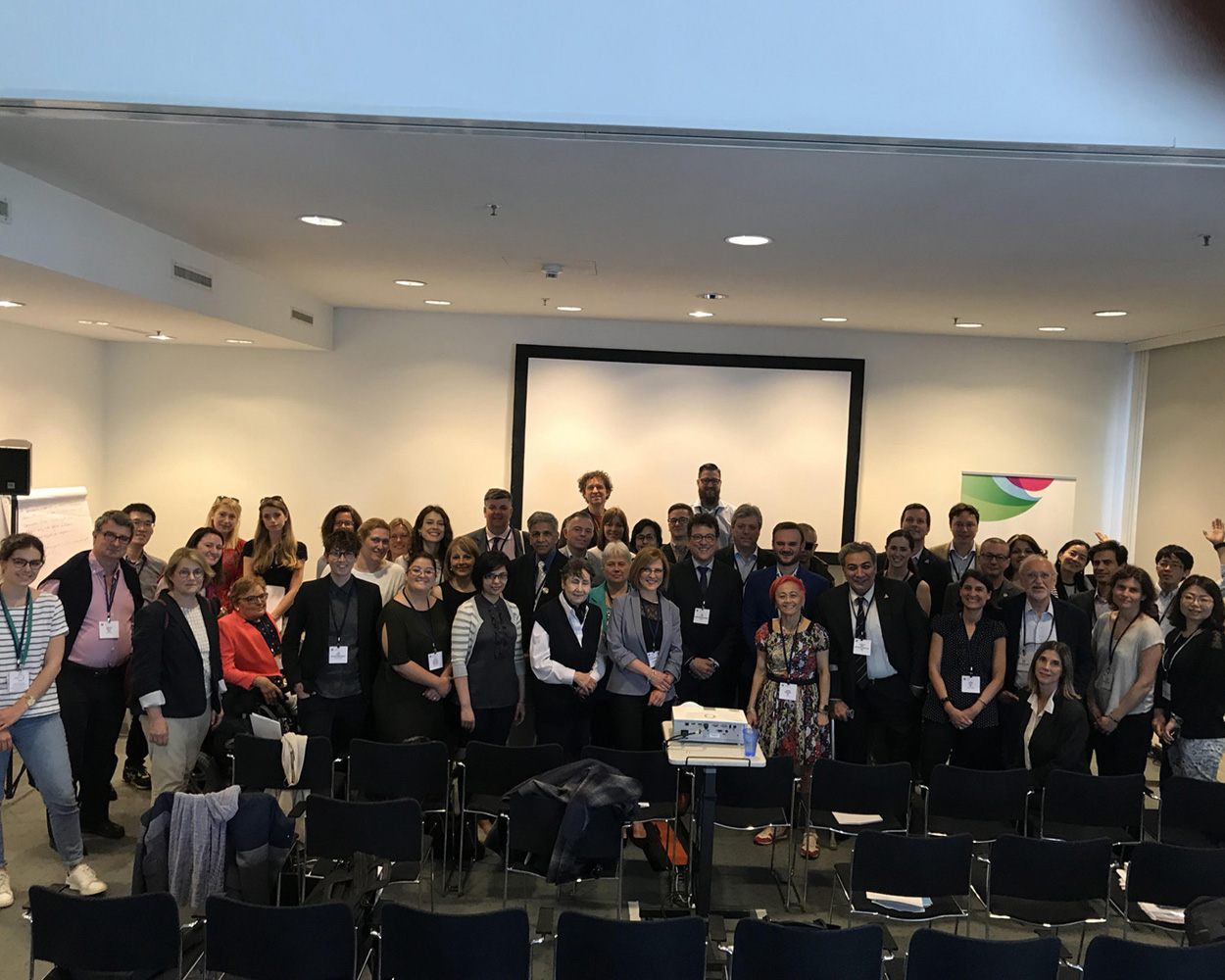 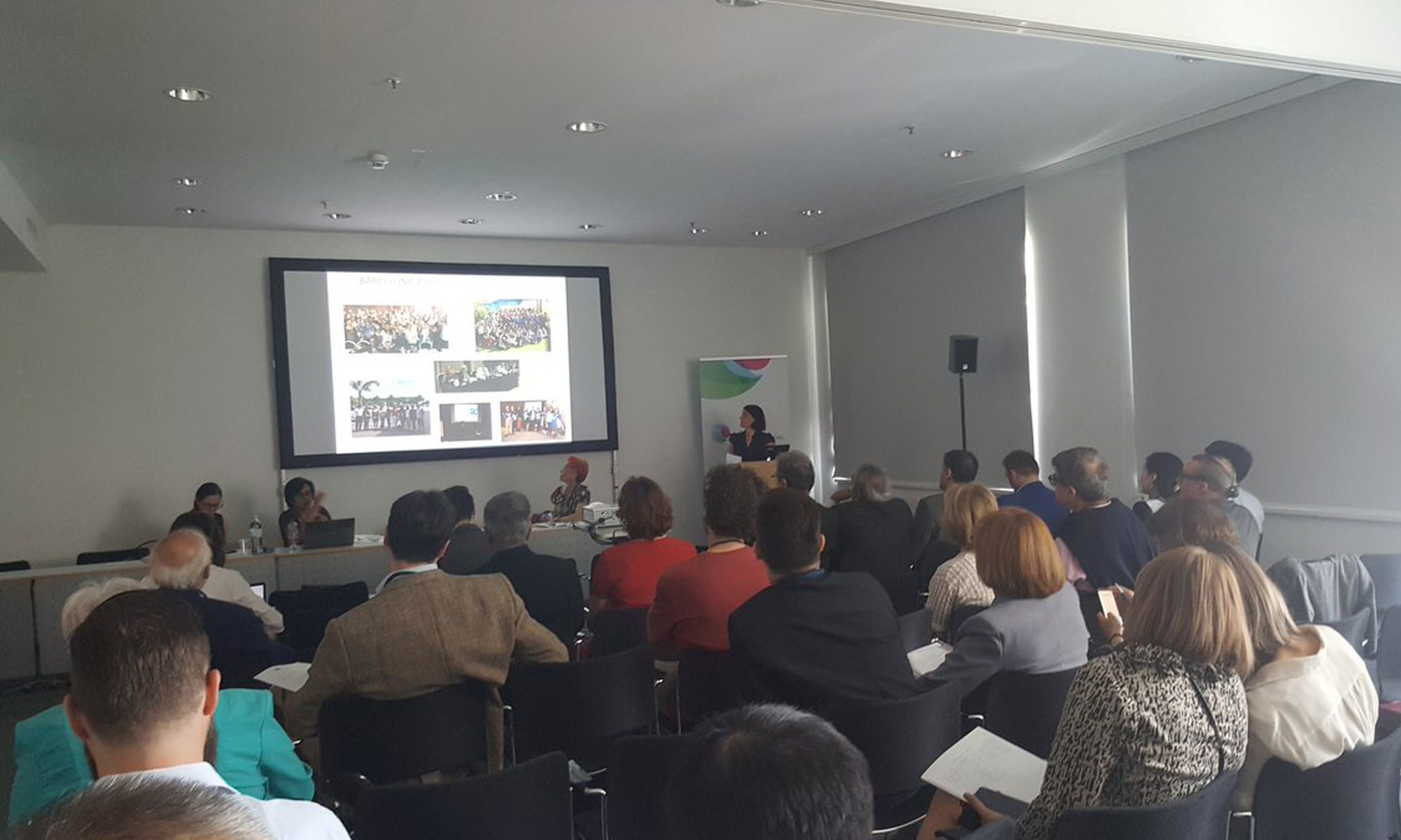 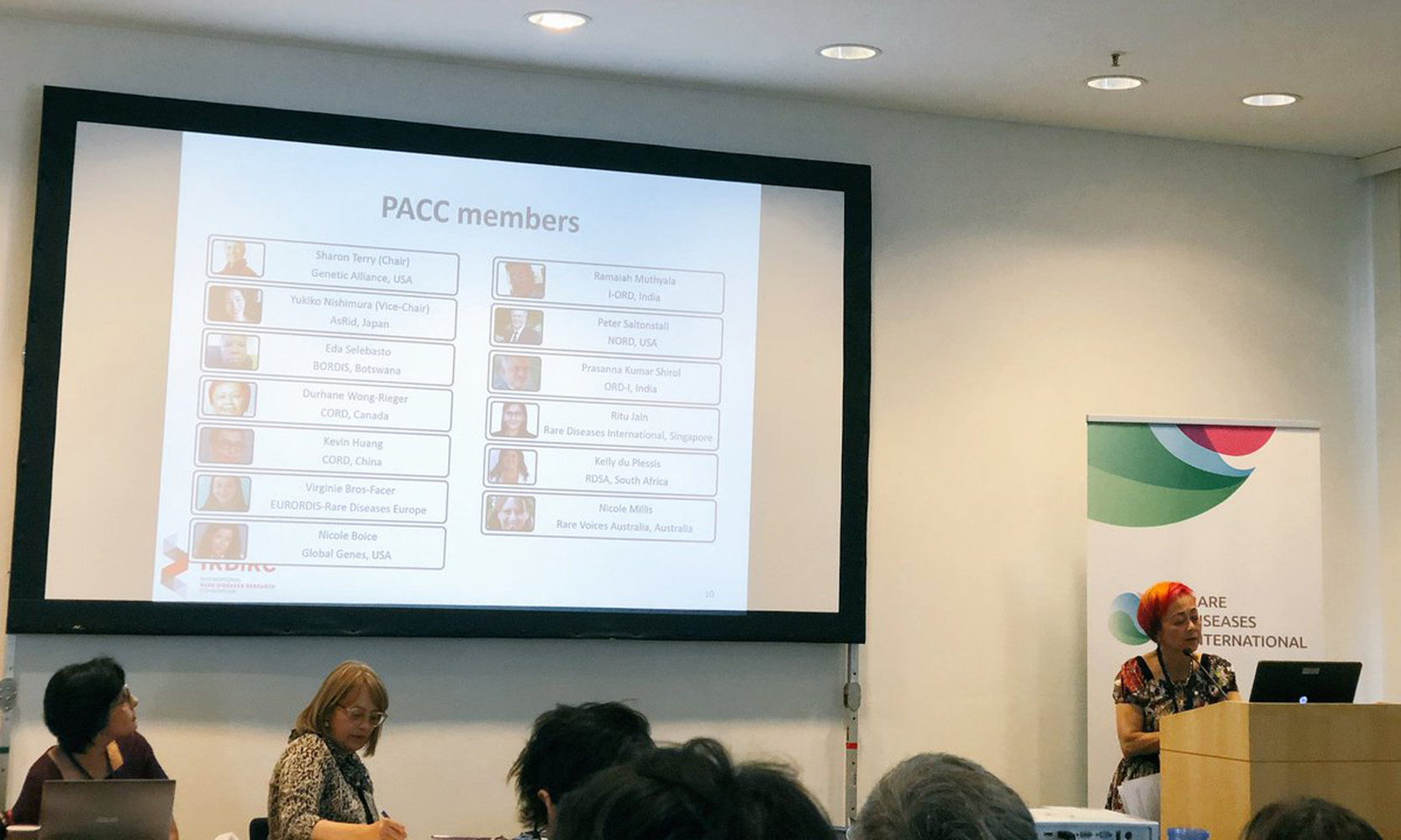 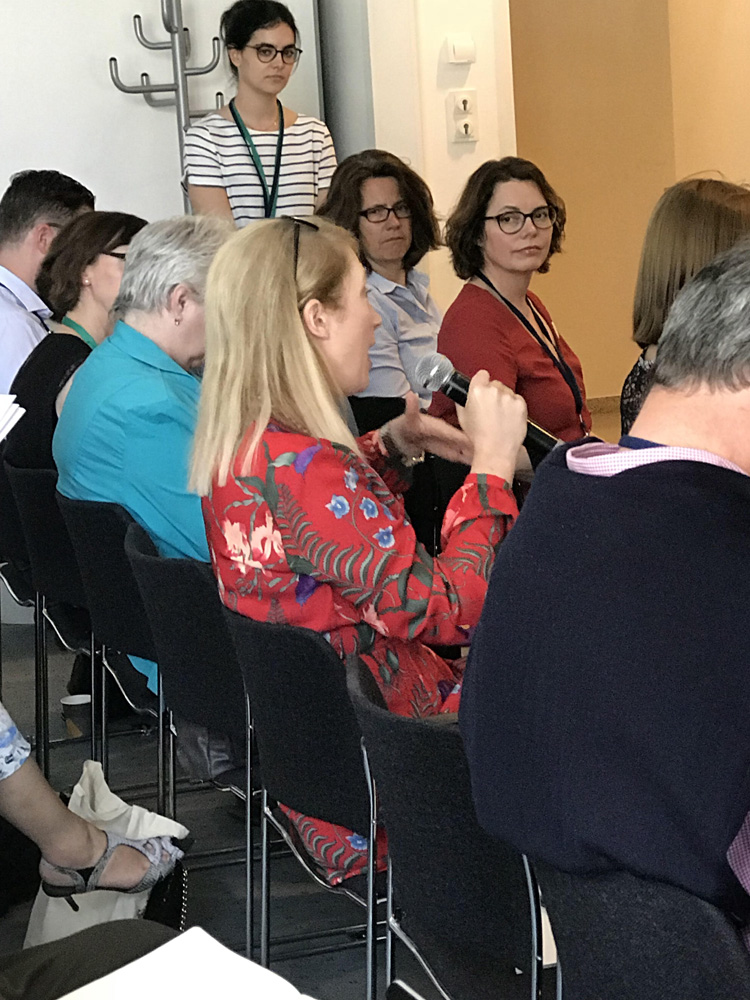 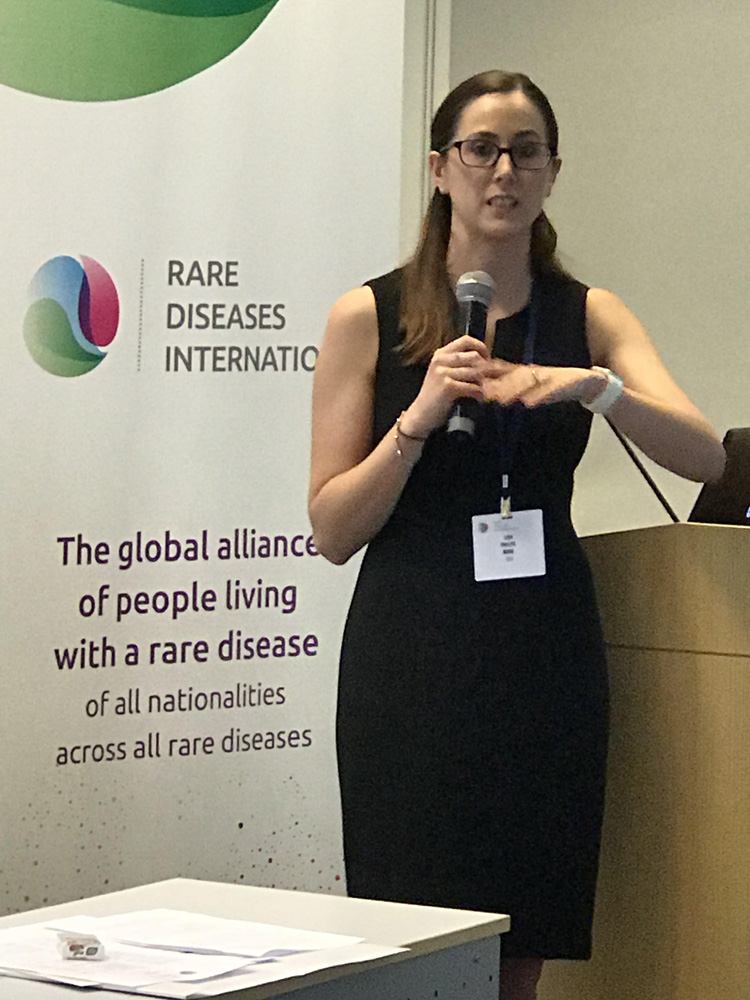