Details of an advanced form of CRISPR technology have been published in Nature Communications. The new tool allows gene editing to be carried out more rapidly, and simplifies the overall process of gene editing using CRISPR. 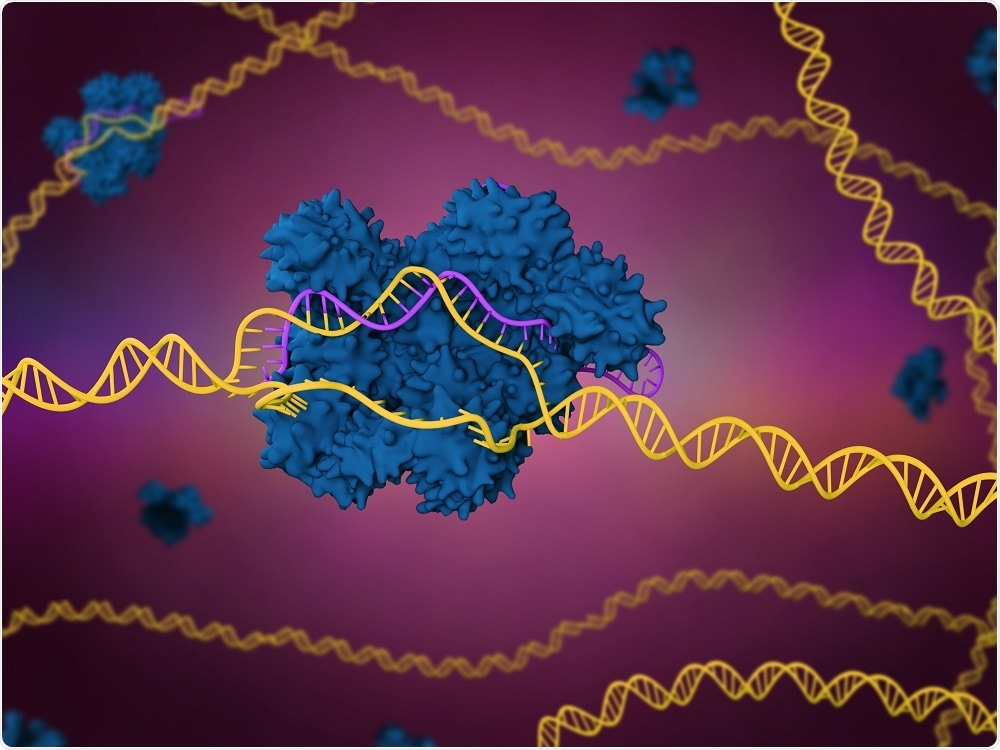 Image Credit: Meletios Verras / Shutterstock
Recently, an international collaborative effort was started by researchers, with the aim of developing enhanced, off-the shelf genome engineering tools with greater accessibility.
While there are some indisputable advantages to these developments, the technology is not exempt from limitations; off-target effects may influence the process, each target gene must be allocated a unique guide RNA, and the sequences available for targeting are restricted.
By working together, Marciano, Swings and the rest of the team developed an approach to overcome these obstacles.

Toon and I had a set of projects in which we had to construct many mutations and guide RNAs for different genes in the bacterium E. coli. We realized we wouldn't need a new guide RNA for each gene if we just targeted a universal sequence found in gene knockout collections. The sequence we targeted is found in many genetic collections of medically important bacteria and is even in some fruit fly collections,"
Dr. David Marciano, Baylor College of Medicine.

A library of E. coli clones named the Keio collection was utilized by the team, wherein each clone had one gene swapped for a kanamycin resistance gene. As a result of a collaboration between Keio University and Purdue University, of Japan and the United States respectively. This collection was made accessible in 2006.

By making the Keio collection available in laboratories all over the world, researchers have unprecedented access to clones, and centralized genetic stock centers stock clones that can be purchased for a token sum.
The new technology circumvents certain technical features and the requirement of designing and cloning a guide RNA, as well as offering a clearer strategy for developing a rescue template, resulting in an off-the shelf tool for genetic engineering.
The approach is expected to support established techniques used to genetically engineer E. coli, and will be used to incorporate new sequences into existing genes.

The developed platform based on CRISPR technology will be valuable to many researchers in microbiology allowing them to perform rapid single nucleotide editing of their genes of interest or to generate chromosomal mutant collections, one of the first steps in understanding gene function,"
Dr. Jan Michiels, Co-Author