By Liji Thomas, MDJune 22, 2018
A new study has shown that drinking four cups of coffee a day can protect against heart muscle damage through the effect of caffeine on a protein called p27. 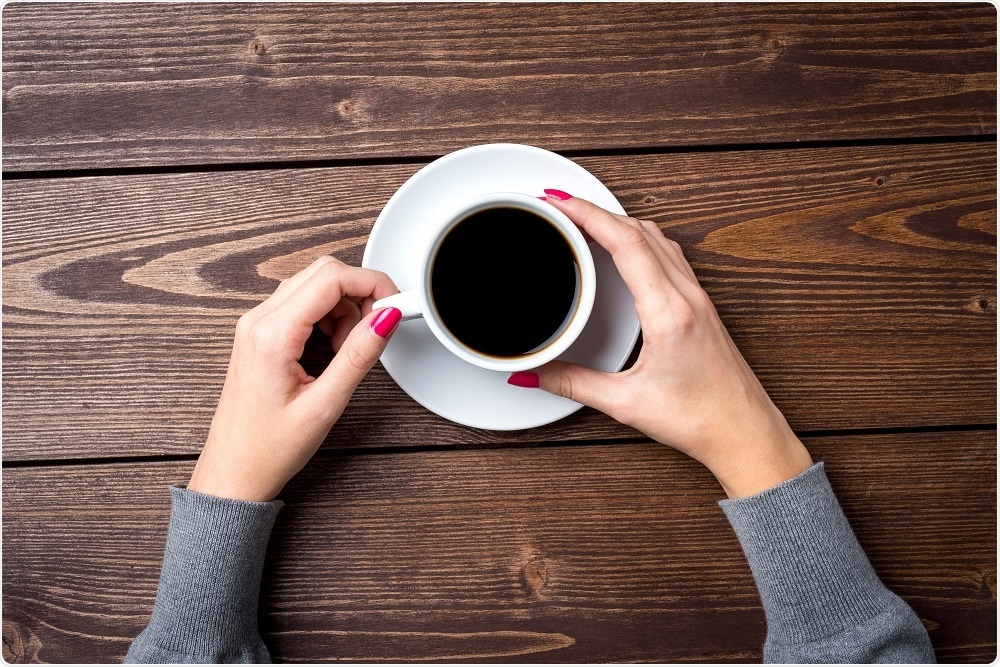 Image Credit: Leszek Czerwonka / Shutterstock
Caffeine intake has been associated with a lower risk of several chronic metabolic diseases such as cardiovascular disease (stroke and ischemic heart disease), and type II diabetes.
The current study, which was carried out at Heinrich-Heine-University and the IUF-Leibniz Research Institute for Environmental Medicine in Duesseldorf, Germany, shows that caffeine, at a concentration equivalent to that in four cups of coffee, works to enhance the mitochondrial entry of a protein called p27.
P27 is protein that promotes effective mitochondrial function. It protects the cells of the heart and blood vessels against damage. The study was recently published in the open access journal PLOS Biology.
Prior research by the same scientists revealed that caffeine improves the function of endothelial cells that line the cardiovascular system. This was seen to occur at normal, safe doses and was related to mitochondria.
Following the study, the scientists focused on the p27 protein, known better as a cell cycle inhibitor, and found that it was present within the mitochondria of all major cell-types in the heart.
The p27 protein prevents cell death in cardiac muscle cells, encourages endothelial cells to migrate, and promotes the maturation of fibroblasts into contractile cells. These processes are vital components of cardiac muscle repair following a heart attack.
Caffeine promotes this repair by facilitating the first step, namely, the entry of p27 protein into the mitochondria, at physiologic levels. This protective effect against heart damage is present in elderly, obese and prediabetic mice.

Our results indicate a new mode of action for caffeine, one that promotes protection and repair of heart muscle through the action of mitochondrial p27. These results should lead to better strategies for protecting heart muscle from damage, including consideration of coffee consumption or caffeine as an additional dietary factor in the elderly population.”
Dr. Judith Haendeler, Heinrich-Heine-University