Excess zinc in muscles may cut strength in cancer patients

According to research increased levels of zinc in cancer patients may reduce muscle strength and accelerate the risk of death. Cachexia, a condition that weakens the muscles is to blame for 30 percent of the cancer deaths. 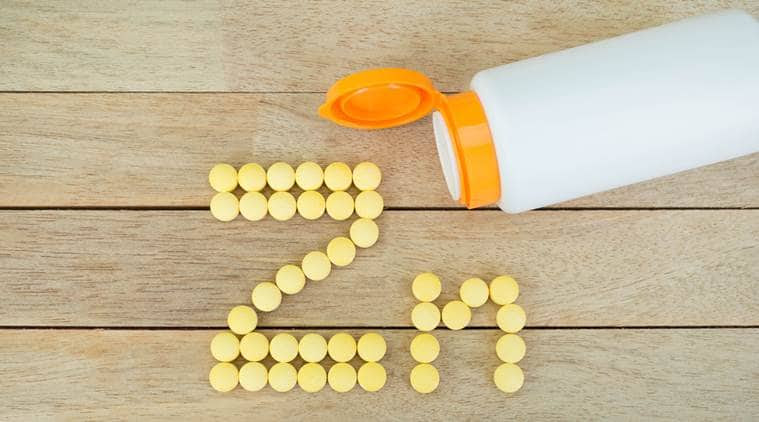 An excess amount of zinc may reduce muscle strength in cancer patients according to study (Source: Thinkstock Images)
Excess levels of zinc in the muscles of cancer patients may reduce their muscle strength and accelerate their risk of death, say researchers including one of Indian origin. According to the researchers, cachexia — a condition which weakens the muscles causing reduced tolerance for cancer therapy, poor quality of life and a debilitating condition — was to blame for 30 per cent of all cancer deaths. However, there are no effective treatments for this condition and its cause was still largely unknown.
“There’s a common misconception that cachexia is just a nutritional problem caused by a loss of appetite stemming from cancer or its treatments,” said Swarnali Acharyya, from Columbia University-Irving in the US. “As cachexia continues to break down muscle, patients often become too weak to tolerate standard doses of anti-cancer therapies, and their doctors have to scale back treatment. “Cachexia can also weaken the muscles of the diaphragm and the heart, causing many cancer patients to die from respiratory or heart failure,” Acharyya explained.
In the study, published in the journal Nature Medicine, the team looked in the muscles of mice with cachexia to see if they could find differences compared with normal muscles. The results showed that greater activity of a protein called ZIP14, which is typically expressed in liver cells to facilitate metal transport but was found to be abnormally expressed in muscles of the cancer models. The team also found high levels of ZIP14 in samples of muscle tissue from cancer patients with cachexia, suggesting a link between ZIP14 and cachexia in people.
Excess zinc uptake in muscle leads to muscle wasting in cancer, by breaking down mature muscle cells and preventing stem cells from making new muscle fibres. Reducing ZIP14 in muscle cells markedly reduced cachexia, suggesting that drugs that inhibit ZIP14 could improve cancer survival and quality of life, the researchers said.
For all the latest Lifestyle News, download Indian Express App
Publicado por salud equitativa en 7:30