By Gaea Marelle Miranda, BA
In recent years, the emergence of diseases has rapidly grown due to affluent lifestyle, poor eating habits, and technological advances which disconnect people from physical activity. Cases of alarming health consequences, including obesity, Type 2 diabetes, and heart diseases, have been empirically proven to grow globally at an alarming rate. 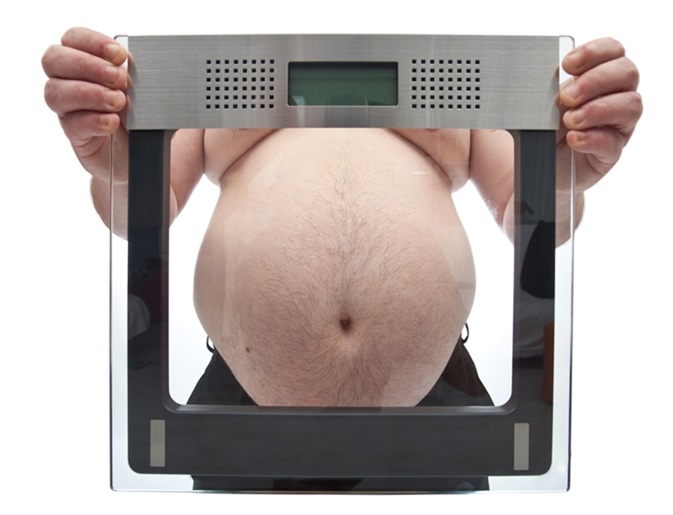 Image Credit: Kopacz Annamaria / Shutterstock
Along with the emergence of these “lifestyle diseases” is the growing prevalence of the metabolic syndrome - a range of metabolic abnormalities associated with insulin resistance, inflammation, and blood lipid disorders.
Abdominal or visceral obesity, characterized by an excess of visceral adipose or intra-abdominal tissue, is a diagnostic marker of this syndrome. It should be noted that a metabolic syndrome is not necessarily characterized by classical risk factors of obesity and diabetes such as LDL cholesterol, but rather by hypertriglyceridemia, HDL cholesterol, and elevated blood pressure.
People who experience visceral obesity are expected to experience physiological imbalances, particularly the alteration of adipokines, endothelial function, insulin resistance, and proatherogenic state. Along with these, the risk for cardiovascular and cardiometabolic diseases is relatively high among people with abdominal obesity, especially when they also suffer from risk factors such as hypertension or dyslipidemia.

Causes and Symptoms of Abdominal Obesity and the Metabolic Syndrome

The metabolic syndrome is characterized by atherogenic and diabetogenic abnormalities associated with insulin resistance, leading primarily to abdominal obesity. In as early as 1988, it was already proposed by Reaven that insulin resistance plays a key role in the development and catalysis of metabolic disorders. In support of this, a plethora of contemporary studies on the effects of insulin resistance showed that the disorder could be responsible for clustering atherogenic abnormalities, a state of inflammation, elevated blood pressure, and a prothrombotic profile. The overall physiological effect of insulin resistance is diagnosed as abdominal obesity.
The cause of insulin resistance, and ultimately abdominal obesity, was found to have originated from hypercortisolemia and a significant deficiency of sex steroid hormone. These hormonal aberrations particularly influence the development of a dysfunctional adipose tissue, paving the way for the accumulation of visceral fat and an enlarged visceral fat depot. While the exact origin of the neuroendocrine abnormalities is unknown, research suggests that psychosocial factors, such as sensitivity to stress, may contribute to its development.

People with abdominal obesity originating from the metabolic syndrome are primarily characterized by an increased risk for coronary heart disease (CHD). Fat accumulation in the abdomen as well as excess visceral adipose tissue are also markers of the syndrome.
Patients with abdominal obesity from the metabolic syndrome are also likely to present with the following symptoms:
Additionally, patients with Type 2 diabetes are at a higher risk for coronary heart disease compared to the non-diabetic population. Type 2 diabetes patients who are abdominally obese most likely suffer from a metabolic syndrome as well.

Researchers have discovered that body mass indexes indicating clinical obesity (BMI >30 kg/m2) is not a determining factor in abdominal obesity metabolic syndrome; rather, it primarily indicates the presence of excessive adipose tissue.
As such, in order to diagnose patients with metabolic syndrome, health professionals look into the patients’ metabolic complications, especially in terms of body fat. High-precision technologies such as dual energy X-ray absorptiometry (DEXA), magnetic resonance imaging (MRI), and computed tomography (CT) are utilized to measure total body fat and abdominal body fat accumulation.
Appropriate diagnosis of the syndrome could also be done by referring to the screening tools developed by national and international health organizations such as the National Cholesterol Education Program Treatment – Adult Panel III, World Health Organization, International Diabetes Federation, European Group for the Study of Insulin Resistance, and American Association for Clinical Endocrinologists.

Unlike other medical conditions, abdominal obesity and the metabolic syndrome could not be treated by simply alleviating the present symptoms. Studies found that, while treatment with a statin drug helped diabetic patients, the risk for coronary heart disease among the patients with low HDL cholesterol levels remained the same. Also, statin therapy for Type 2 diabetes patients is unsuccessful in fully treating metabolic syndromes.
Empirical evidences suggest that abdominal obesity and the metabolic syndrome could be optimally managed by targeting specific features of the disorder; however, at present, no particular target aspect has been proposed yet. Physicians would only therefore suggest efforts to induce significant weight loss and lifestyle changes to patients with abdominal obesity. If unsuccessful, pharmacotherapy should be considered.
Reviewed by HH Patel, M.Pharm.