Please give an overview of Familial Chylomicronemia Syndrome (FCS).

FCS is a rare syndrome. There are a number of potential causes, but the most common is associated with a lack of an enzyme (protein) called lipoprotein lipase. This protein helps release fatty acids from a large structure called the chylomicron, that circulates in the blood after being formed after fat is taken up from the intestine. The fatty acids are taken up into muscle and fat cells and are used to provide energy to move our muscles, to keep our hearts working, and to keep all of the cells in our body topped with energy.
FCS is therefore caused by a problem of release of fats from this large protein lipid, fat—containing complex.

How prevalent is FCS and why is it so rare?

About one to two people per million are likely to have the syndrome. FCS is a recessive disease, so you must have defects on the lipoprotein lipase gene from both parents.

Is it easy for doctors to recognise and diagnose the condition?

It's not easy. Children can present with abdominal pain as a result of having high blood fat, but often it is young adolescents who present with the abdominal pain or other non-specific symptoms, that can include lack of energy or not feeling out-of-sorts. Even then, a blood test is the only reliable way to show the problem. 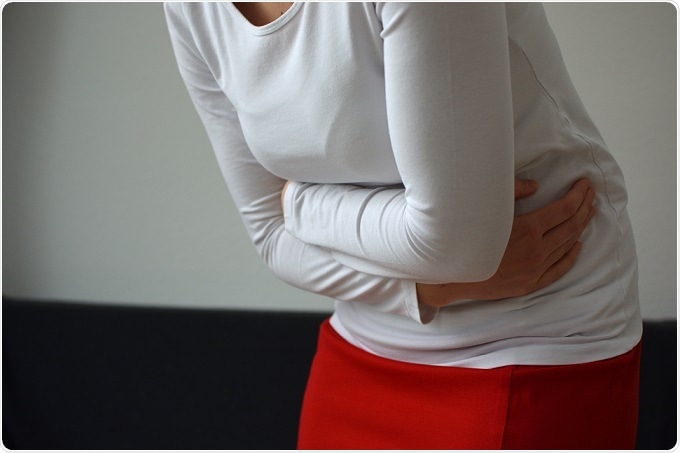 © tobe24/Shutterstock.com
In order to see that problem, you must test for blood fat, triglyceride in the blood. There is no need to have the patient fasting and the blood sample should be taken at random. If the condition is present in a patient, the sample obtained will be milky in comparison to normal blood and even if the triglyceride test is not requested, laboratory staff are likely to see the problem as milky blood samples can cause interference with some of the routine blood tests.

What are the direct and indirect symptoms a patient might experience when suffering from FCS?

The worst of the problems is acute pancreatitis. That is the worst presenting symptom where there is inflammation in the pancreatic gland.
The pancreas has two functions, an endocrine and an exocrine function. The endocrine function is to supply insulin to allow the transport of sugar from the circulation into muscle and into fat cells and to help activate lipoprotein lipase, so that fat is also taken up by muscles and fat cells.
The exocrine function is to secrete lipases and tryptases into the intestine to help digest our food. With acute pancreatitis, the gland becomes inflamed and there is release of these digestive proteins, into the abdomen which inflames all the surrounding organs and causes acute pain.
While acute pancreatitis is the worst presentation of the illness, other symptoms include “fuzzy” brains, lack of concentration, joint pains and fatigue.

Are there any issues with misdiagnosis of FCS?

Often, this condition is regarded as people presenting with symptoms because they are eating badly. In fact, individuals with FCS can present with their problems when they're eating well and invariably they are slim individuals, who are very conscious of the problems that occur if they overeat, and particularly if they overeat fat.
People with FCS also often experience frustration as recurrent pancreatitis sometimes leads to HCPs who are not fully aware of FCS, to make assumptions about a patient’s alcohol consumption.
If you review the causes of pancreatitis, the top two, most common are gallstones and alcoholic pancreatitis. Although familial chylomicronemia syndrome is a rare cause of pancreatitis, in some series of reviews it is the third most common presentation.

What are the current treatment options available to FCS patients?

There are few options. In the acute phase in acute pancreatitis, a treatment called plasmapheresis can be very useful to get the blood fats down. Otherwise, everyday treatment is really about a very low-fat diet – 10 to 15g of fat is regarded as the absolute maximum that should consumed daily. Essentially, a large tablespoon full of olive oil or two-thirds of an avocado would be as much fat as you should consume during the day. 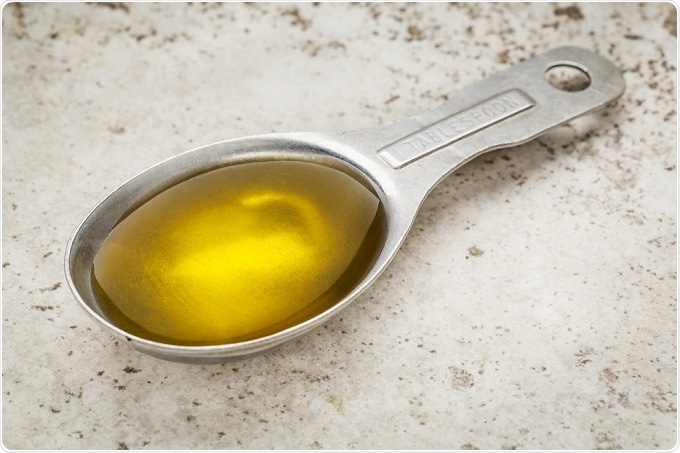 © marekuliasz/Shutterstock.com
If you consider that and if you look at the labelling of foods, and the quantity of fats in most products you will find that you can quickly consume the maximum 15 grams of daily fat suggested.

What are the difficulties for patients in following such a low-fat diet?

It is a boring diet and you have to be absolutely strict with dietary compliance. Patients are unable to eat a lot of meat, and dairy produce is almost always ruled out.
In terms of what fats FCS patients can eat, the best option is medium-chain triglycerides. These are fats that have carbon lengths of up to around 10 carbon atoms rather than the 14 to 18 carbon atoms in the fatty acids typically found in foods.
These fats can be directly taken up from the gut to the liver, and provide some energy directly. In general, these fats do not taste good and it is an extremely difficult diet to follow. In general many of the foods tend to be rather dry and lack flavour, especially as the use of sauces has to be carefully reviewed to avoid high fat containing sauce that my cause symptoms.

The LPLD alliance is a well established group run that provides support and information to by patients for patients and they give a good overview of what can and what cannot be consumed. Moreover it is a really useful way of making sure patients do not feel as if they are suffering alone.
As HCPs, it is very important that we refer patients to specialists, usually lipid or metabolic specialists, who know where the support groups are and who can provide support with specialist dietetic care

Why is it important to raise awareness for rare diseases such as FCS among the health care professional community?

Unless rare diseases are recognized, individuals may feel isolated and isolation means that there is ignorance.
If HCPs can get patients to go to specialised clinics, patients can feel reassured that there is other people there, in a similar situation to them, and they can share their information with these individuals, as well as feeling confident that HCPs are providing the best care and advice. These actions can help with the disease and makie sure that there's information voiced between those patients, and they can see that there's opportunities to reach out and get to the support groups. Within those groups, bonds form and the group is more inclined help support research, and participate in trials of therapy.

What’s your advice to HCPs who want to educate themselves on FCS for their patients?

Coming from Heart UK, where I am a trustee and a past chairman of Heart UK, we have a page on FCS as it is a lipid disorder, and there are pointers from the pages there to show healthcare professionals what they should be thinking about and where also to go and get advice.
The LPDP alliance, as previously mentioned, have very good information on the problem and are headed by individuals who properly understand the problems of the disease.

Dr Robert Cramb is a Medical Advisor for the West Midlands screening service for Familial Hypercholesterolaemia. Previously he was a Consultant Chemical Pathologist and Lipidologist at the University Hospital Birmingham NHS Foundation Trust.
His clinical interests are in lipids and lipoprotein disorders, and quality assurance in pathology. He has a wide collaborative research interest in metabolic medicine, point of care testing and use of liver function tests. Dr Cramb is a trustee of the Hyperlipidaemia Education and Research Trust (HEART UK; The Cholesterol Charity; appointed trustee July 2010) and was previously Chair of the board of trustees from 2011-2014. He is currently the Clinical Lead for the West Midlands screening service for Familial Hypercholesterolaemia
Publicado por salud equitativa en 7:51