By Gaea Marelle Miranda, BA
Recognizing another person’s face is a process that involves a stream of neurological and cognitive stimuli designed to evaluate, process, and determine who a person is. 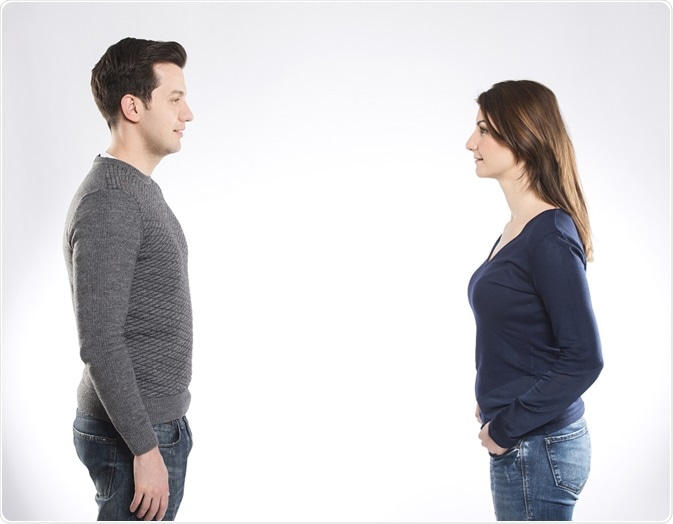 Credit: Gonzo Photo/Shutterstock.com
While many individuals usually do not face any problem of recognizing familiar faces in various social situations, it is still possible for some to experience facial familiarity issues caused by underlying neurological or cognitive problems.

How does facial recognition take place?

The ability to recognize faces varies among individuals. Over a long period, cognitive psychologists and neuroscientists have argued between the biological and environmental nature of facial recognition, emphasizing that one has better impact over the other.
However, recent studies have shown that facial recognition, in fact, is influenced greatly by biological factors; specifically, the integral processes occurring from the occipital lobe up to the frontal lobe in the brain.

Bruce and Young (1986) further explained this phenomenon by devising a framework that explains the facial recognition process step-by-step. According to the researchers, there are four major steps involved in recognizing faces, each of which is salient in positively affirming or recognizing familiarity.

While the process of facial recognition includes many steps, it is a normally an instantaneous process. People with intact neurological and cognitive abilities have the capacity to remember names and individual characteristics based on facial recognition.

Long-term research has shown that the ability to recognize faces varies from one individual to another and a person’s ability to recognize faces ranges from very poor to very good. People who belong to the lower end of the spectrum are most likely to have prosopagnosia.
Prosopagnosia, also called face blindness or visual agnosia, is a neurological condition where an individual struggles or is unable to recognize faces. The severity of prosopagnosia varies from person to person.
Some are only be unable to recognize familiar faces; however, in more severe cases, individuals are unable to distinguish between the faces of strangers and of people they actually know. Prosopagnosia is not related to any problem in learning, memory, or vision; it occurs due to abnormalities or impairment in right fusiform gyrus of the brain. This physiological abnormality in the brain may be inborn or develop from traumatic brain injury, stroke, or other neurodegenerative diseases.
Individuals with prosopagnosia usually find it difficult to carry out their day-to-day activities, especially when these involve social interaction. In such cases, recognition of other people depends mainly on voice, choice of clothing, and behavior rather than facial features. Treatment for prosopagnosia is focused on helping patients with appropriate and useful compensatory strategies for their condition.