By Liji Thomas, MD
The eye is a delicate organ with a large and moist area exposed to the environment. Thus, it is more susceptible to air pollution than other parts of the body. However, the response of eyes to airborne pollutants ranges from nil to severe irritation and chronic pain; even with contact lenses, eyes are still more sensitive to such effects. 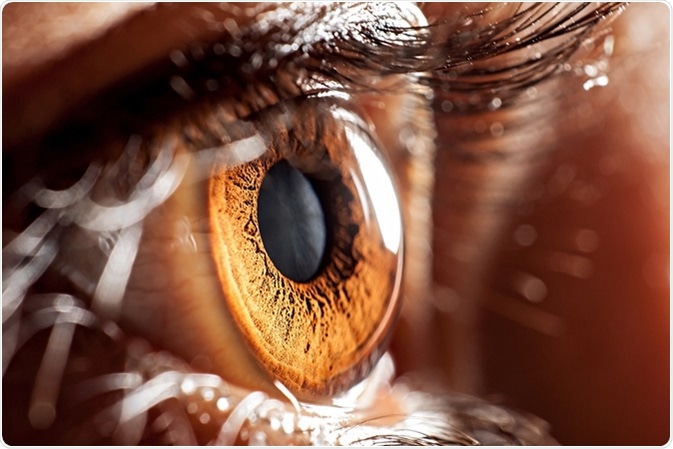 The severity of discomfort produced by air pollution is determined by the levels of hydrocarbons and nitric oxide in ambient air.
The hydrocarbons which are especially known to cause such irritation are apparently C4 and C5 olefins. Hydrocarbons with branched chains have stronger effects compared to straight chains, especially if the chain contains some double bonds away from the terminal carbon. The irritation caused by olefins is notably higher compared to paraffin.
Among phenolic compounds, cyclohexene causes the most irritation compared to benzene or cyclohexane.
Air pollution mainly occurs due to the irradiation of automobile exhaust. A significant level of eye irritation occurs when exposed to such air polution for up to four hours. This phenomenon has a half-life of 12 hours but bears no obvious relation with the levels of aerosol, ozone, peroxyacetyl nitrite, or aldehyde. The irritants in irradiated car exhaust also remain unchanged, despite increases or decreases in relative humidity (between 30% and 80%) or temperature fluctuations (25 to 45 degrees C).
The relationship between the particle size in the automobile exhaust and the occurrence of eye irritation remains unclear; however, one researcher has indicated that below 0.2 microns irritation is largely prevented. It is believed that the make and performance of the motor vehicle determine the emission of hydrocarbons and nitric oxide; but, individual hydrocarbon levels depend more upon the type of fuel used. Both these chemicals produce eye irritation equally.

Interactions of sulfur dioxide and trioxide at subthreshold concentrations with sodium chloride or carbon black particles precipitate in inducing irritation.
Another study has shown some correlation between the levels of oxidants in the air and eye irritation at certain times of the year. The presence of aerosol is also suggested to be a critical factor. Oxidants can dissolve in the tear film and acidify it, further irritating the mucous membrane of the eye.
Commonly found air pollutants in metropolitan cities include:

Symptoms in the Eye

The frequently observed symptoms of air pollution-induced eye problem include:
The dry eye syndrome (DES) is the most frequent complaint among all these. It occurs two times more often in women above 50 years.  The surface of the eye is inflamed and dry, especially if the patient wears contact lens. Conjunctivitis associated with increased nitrogen dioxide levels  is another common feature.
Risk groups include those who remain outside for a long time.

The treatment of eye symptoms without infection or allergy is simply to cool the eyes by washing them gently with clean water, followed by a cool compress. Lubricating eye drops and using sunglasses are also helpful options. Contact lenses and eye makeup should be avoided until the eyes are healed completely.