By Liji Thomas, MD
Intermittent explosive disorder (IED) is a condition in which an individual displays repetitive and unpredictable outbursts of impulsive and aggressive behavior. This can be either physical or verbal, with the anger prominent and the aggression out of proportion to the cause, even if one is present. 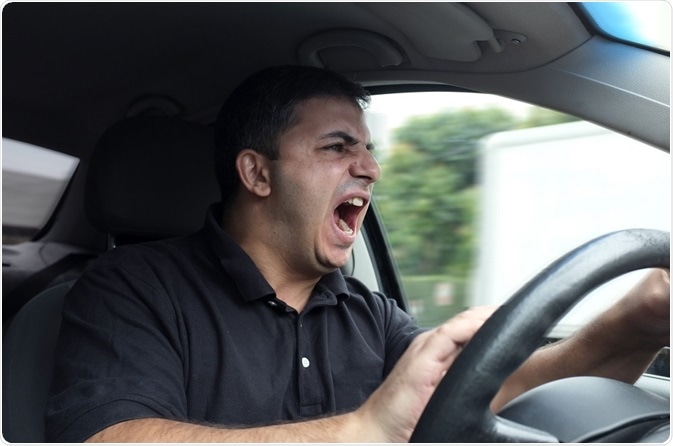 Credit: Hayk_Shalunts/ Shutterstock.com
The results of IED may be breakdown of relationships, failure at work and school, legal trouble, and financial distress, along with personal stress and personality disturbances. The disorder may continue to erupt for years though the person sometimes mellows with age. Both medical and psychological treatment may be required to help control the condition.

IED is characterized by the following symptoms:
The explosive episodes themselves may be heralded by any of the following features:
The explosion itself is quite impulsive and carries no thought of consequences. The nature of the aggression may be:

People with IED have an increased risk of having another psychiatric disorder, such as:
Medical conditions such as hypertension, diabetes, heart disease, gastric ulcers, chronic pain conditions, and stroke are also more common in people with IED.
There is a small increase in the risk of suicide or intentional self-harm.
Reviewed by Afsaneh Khetrapal Bsc (Hons)