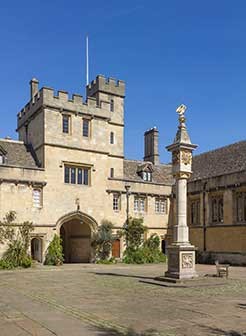 Oxford University. Credit: Andrew Shiva, Wikimedia Commons CC BY-SA.
MARC U-STAR Scholars Jasmine Brown and Naomi Mburu were among 32 Americans to recently receive the prestigious Rhodes Scholarship at Oxford University in England. Rhodes Scholars are chosen for their academic and research achievements, as well as their commitment to others and leadership potential.
As current MARC U-STAR Scholars, Brown and Mburu are part of an NIGMS research training program for undergraduate junior and senior honor students. MARC is designed to increase the number of people from groups underrepresented in biomedical sciences by preparing students for high-caliber, doctorate-level training.
Here’s more about these two distinguished women: 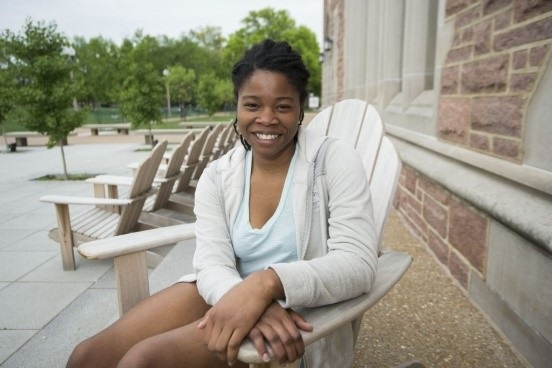 Credit: The Source, Washington University in St. Louis.
Jasmine Brown, 21
Brown, of Hillsborough, New Jersey, is a senior at Washington University in St. Louis and works as a research assistant at the Washington University School of Medicine. There, she studies genes that are protective against mental defects that result from West Nile-induced brain inflammation. After she receives her bachelor’s degree in biology, she plans to earn a doctorate degree in neuroscience as a Rhodes Scholar at Oxford University.
In addition to her current training as a MARC Scholar, Brown has spent her summers as an undergraduate research assistant, engaging in the study of these other notable subjects:
“What I love about science is that it gives me tools to generate answers and to improve human health. It’s a fun process for me, but also a satisfying one because I can make an impact,” Brown said in a statement.
Equally important to her studies, Brown is a champion for other underrepresented students in the sciences. After her own experience as the target of prejudice, Brown started the Minority Association of Rising Scientists (MARS) to support underrepresented students participating in research and inform faculty members about implicit bias. With the help of the National Science Foundation, Brown is working to expand MARS nationwide.
Brown has given back to the community in other ways. She was a member of The Synapse Project

, an organization that raises money for a children’s program called City Faces 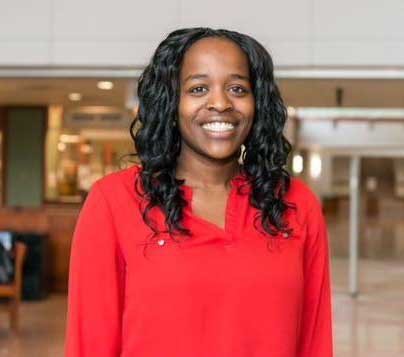 Credit: Marlayna Desmond for UMBC.
Naomi Mburu, of Ellicott City, Maryland, is the daughter of Kenyan immigrants and the first student in the history of the University of Maryland Baltimore County (UMBC) to receive the Rhodes Scholarship. The senior in chemical engineering plans to complete a doctorate in engineering science and to research heat transfer applications for nuclear fusion reactors.
“I believe the Rhodes Scholarship will allow me to foster a stronger community amongst my fellow scholars because we will all be attending the same institution,” Mburu said in a statement.
Mburu is currently working with Gymama Slaughter

, UMBC associate professor of computer science and electrical engineering, to develop a machine that ensures human organs remain healthy as they await transplant

.
During her recent summer internship with Intel, Mburu developed an interactive model to estimate the cost of coatings applied to equipment. Her work helped improve pricing negotiations and established additional cost estimates for other chemical processes.
Her other areas of research have included:
Mburu’s aspirations involve not just science but education advocacy. Her passion for STEM

education and increasing diversity in STEM fields led to her current involvement as a MARC trainee, where she’s learned to communicate her desire to make a global impact through her science research and her efforts to remove barriers to education equality.
In her free time, Mburu has helped K-12 students with their homework during her time at UMBC. She continues to mentor youth and helps high school girls on STEM-related research projects.
Publicado por salud equitativa en 7:09