By Louise SaulJanuary 15, 2018
Scientists at Brown University have discovered a a new enzyme in adipose tissue that helps regulate inflammation. The enzyme, known as sucrose non-fermenting related kinase (SNRK), could help in the battle against obesity. 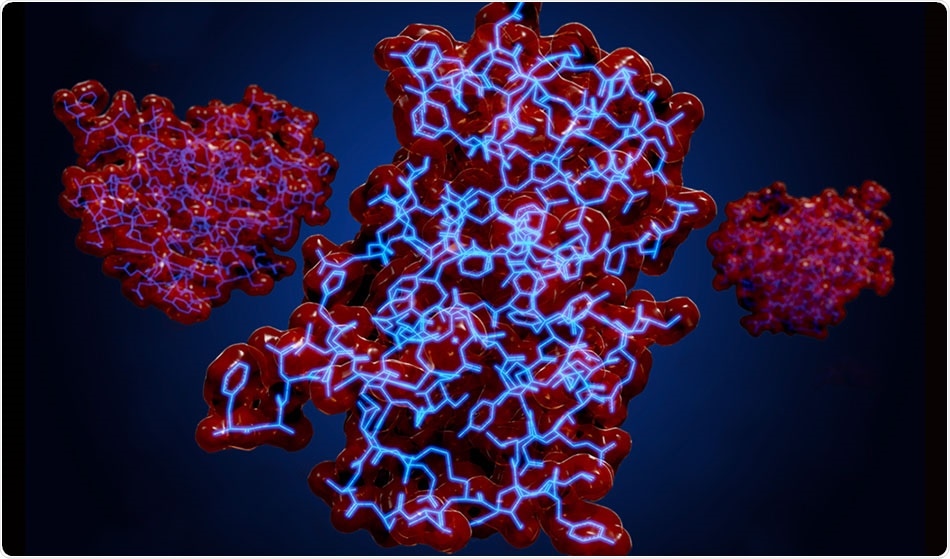 Source: Juan Gaertner/Shutterstock.com
The scientists found that SNRK increases metabolism in brown-fat, and suppresses inflammation in white-fat.
The study was published in Diabetes, and was led by Jie Li, a research associate in epidemiology at Brown University, and Bin Feng, a research associate at the Warren Alpert Medical School of Brown University and Rhode Island Hospital’s Hallett Centre for Diabetes and Endocrinology.
The body has two different types of fat, also known as adipose tissue. White fat is an energy reserve for the body and a thermal insulator, that consists of a single large lipid droplet containing triglycerides. Brown fat contains a number of smaller lipid droplets with a higher percentage of mitochondria, giving it its darker colour.
White fat stores excess calories and is associated with obesity, whereas brown fat burns calories in order to produce heat. Brown fat has been a major area of research as a means of combating obesity.
“This study suggests that there may be dual benefits if we can find a way to enhance SNRK production in fat tissue,” said Simin Liu, Professor of Epidemiology at Brown University.
SNRK is a member of AMPK-related kinase family, but its role in inflammation and adipose energy homeostasis is unknown. The research team identified SNRK as an enzyme that seems to regulate the physiology of both fat types in mice, by decreasing inflammation in white fat tissue whilst promoting the ability of brown fat to burn calories.
Preliminary genetic evidence included in the study suggests that SNRK performs similar functions in humans, making it a possible new drug target in the war against obesity and its complications.
“Reducing inflammation in white fat may ease associated complications such as insulin resistance, while at the same time, increasing brown fat metabolism may aid in weight loss. Those possibilities will need to be followed up in further studies in humans,” Simin Liu, Professor of Epidemiology at Brown University.
SNRK was first discovered in fat tissue by the author of this study, Professor Haiyan Xu, whilst she was a researcher in the Molecular Epidemiology and Nutrition Lab of Brown’s Center for Global Cardiometabolic Health.

Xu’s initial research suggested that the enzyme played a role in regulating inflammation, but more research was needed to get a complete picture of SNRK’s full role in fat tissue. In the new study researchers bred mice so that they were lacking the gene that produces SNRK in fat cells.
The fat tissue from the genetically engineered mice was then compared to the tissue from normal mice, and showed that mice lacking the SNRK gene had a significantly higher concentration of macrophages in their white fat tissue.
Macrophages are important, because they are white blood cells that are commonly used as markers for inflammation. An increased presence of macrophages confirmed that SNRK plays a role in regulating inflammation in white fat tissue.
Professor Xu explained that her previous research also showed that inflammation in white fat is associated with insulin resistance, a risk factor for the development of diabetes.

We hope that making that connection will quicken the process of multidisciplinary collaborations in translating lab-based discoveries to new therapies or targets for interventions.”
Simin Liu, Professor of Epidemiology at Brown University

The scientists also showed the effect SNRK has on the physiology of brown fat tissue. The mice that lacked the SNRK gene had a lower metabolic rate and were heavier than the normal mice.
When the SNRK-lacking mice were fed with a drug that normally induces weight loss in rodents by activating brown fat, they maintained their extra weight. This evidence showed that the lower metabolic rate and extra weight carried by the mice lacking the SNRK gene was at least partly due to reduced brown fat metabolism.
“What that tells us is that boosting SNRK production might have the effect of boosting overall metabolism, which might aid in weight loss,” Haiyan Xu, co-author of the paper
The next step for the team of researchers is to establish whether the pattern with SNRK found in mice also regulates fat tissue inflammation and metabolism in humans.
From a cohort of 12,000 women who participated in the Women’s Health Initiative, they have already identified multiple germline mutations in the human genes responsible for SNRK production directly associated with higher body mass index, higher waist circumference and risk of obesity.
“What’s particularly noteworthy about this work is we were able to present an integrative link from genetics, cell- and animal-based experiments, all the way up to clinical outcomes in large human population,” Liu said.
Taken together, the results suggest that SNRK could be a target for new therapies aimed at curbing obesity and its complications.