By Sally Robertson, BScJanuary 4, 2018
An experimental device that delivers precisely timed signals to target nerve activity in the brain could help ease the symptoms of tinnitus, say researchers from the University of Michigan. 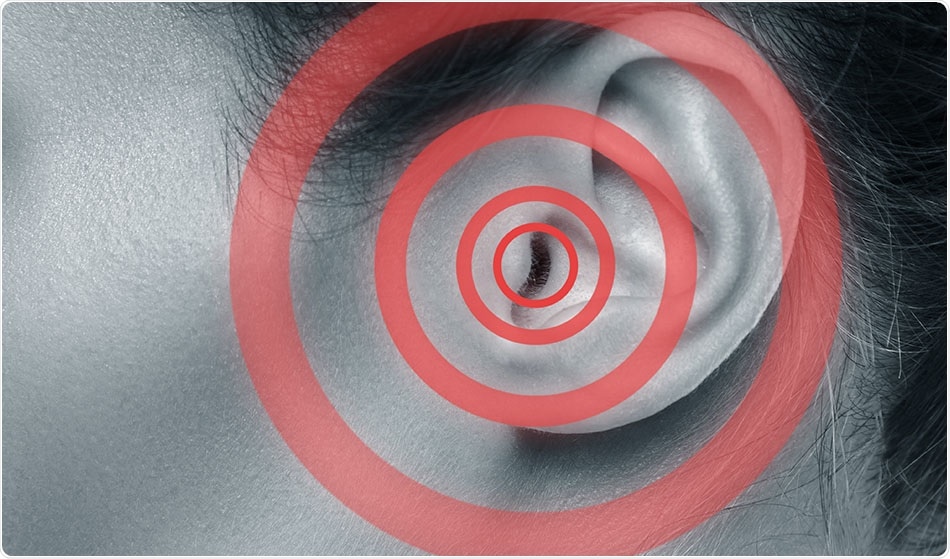 Credit: BLACKDAY/Shutterstock
The findings come from the first animal tests and clinical trial of the approach, which included data from 20 human tinnitus sufferers.
Based on years of research into the underlying cause of tinnitus, the approach, which is called bimodal auditory-somatosensory stimulation, delivers precisely timed sound into the ears, alternating it with weak electrical pulses delivered to the cheek or neck.
The goal is to re-set the activity of fusiform cells, which are involved in the brain’s processing of sounds and sensations. Previous studies by the researchers have shown that loud noise can alter the activity of these cells, causing them to fire signals spontaneously rather than in response to an existing sound in the environment.
In the current study, guinea pigs with noise-induced tinnitus showed that specific timing between the delivery of the sound and electrical pulses was required to suppress the overactive fusiform cells.
As reported in Science Translational Medicine, after the device had been calibrated to patients’ individual tinnitus symptoms, participants applied it for 30 minutes each day over a four-week period.

Half the group received the bimodal sound-and-electricity treatment, while the other half received sound-only treatment. After a four-week break, the treatment was swapped between the groups and the study carried out over a further four weeks.
None of the patients were aware of which treatment they had received first. The patients completed weekly surveys on how tinnitus was affecting their lives and underwent tests to gauge how loud their tinnitus sounds were.
Overall, the results showed that it was only after receiving the bimodal treatment and not the sound-only treatment, that the loudness of phantom sounds decreased and tinnitus-related quality of life improved. Two patients reported the tinnitus disappearing completely.
The team has now received NIH funding for a further trial aimed to refine the approach.
Lead author Susan Shore says that when fusiform cells become hyperactive and synchronize with one another, phantom signals are transmitted to brain regions involved in perception and that stopping these signals can stop tinnitus:

That is what our approach attempts to do, and we're encouraged by these initial parallel results in animals and humans"