A new study conducted by scientists at the Institute for Clinical Evaluative Sciences (ICES) and Public Health Ontario (PHO) have identified a six-fold increased risk of heart attack during the first seven days of a laboratory-confirmed case of influenza. 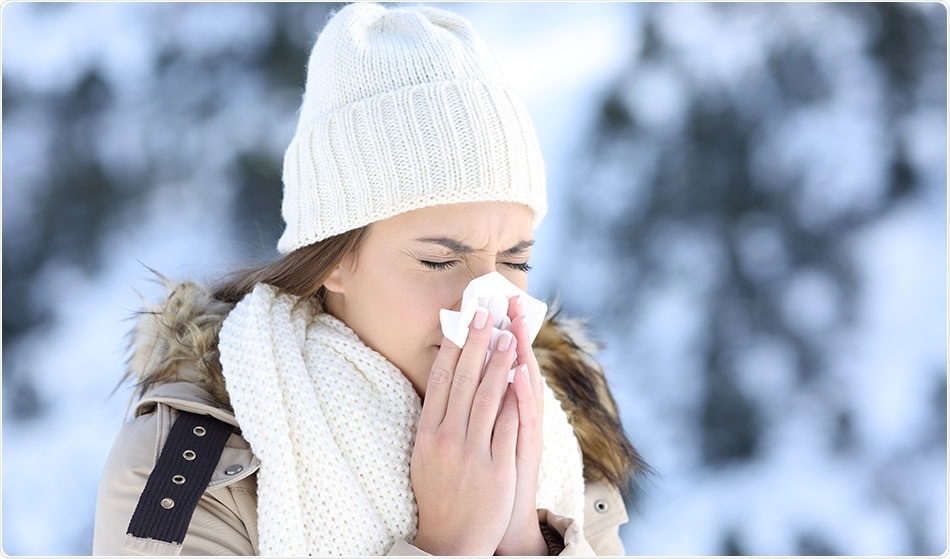 Credit: Antonio Guillem/Shutterstock.com
The study, which was published in the New England Journal of Medicine, reported a significant link between acute respiratory infections, particularly influenza, and acute myocardial infarction.

According to Dr. Jeff Kwong, the lead author and scientist at ICES and PHO, the current study findings are important as they support the significance of vaccination by revealing an association between influenza and acute myocardial infarction.
The researchers found increased risk among older adults, in patients experiencing their first heart attack, and in those afflicted with influenza B infections.
They also identified heightened risk, although not as high as for influenza, in patients infected with other respiratory viruses.

The research team examined around 20,000 adult cases of laboratory-confirmed influenza infection in Ontario, between 2009 and 2014, and identified 332 patients who were hospitalized for myocardial infarction within one year of influenza diagnosis.
Dr. Kwong advised people at higher risk of heart disease to take precautionary measures such as hand-washing and taking vaccinations to prevent acute respiratory infections, particularly influenza.
The research team will now recommend that patients at risk of heart disease should undergo medical evaluation for heart symptoms within the first week of an acute respiratory infection.
Source:
https://www.eurekalert.org/pub_releases/2018-01/pho-rcl011818.php
Publicado por salud equitativa en 10:08