My Marietta and PRS

My Marietta and PRS


Marietta was born with Parry-Romberg syndrome, a rare autoimmune disease. Read her story!

My Marietta and PRS
originally written in English 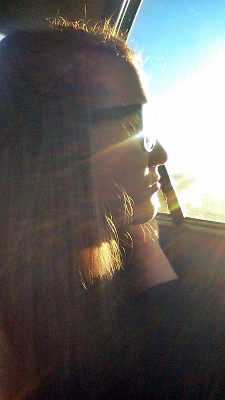 m2sud712ix⋅Stories
26th July 2017
5 ago, (when she was eight year old), Marijeta was diagnosed with Parry-Romberg syndrome, a rare facial disorder affecting one in a million people. The disorder means her immune system is turning on itself and beginning to destroy her face. It's quite hard watching and knowing what could happen. At the moment it's affecting her eyesight and that's my main concern because it can leave her without vision. It's just wasting the bones, it's wasting away the tongue and the gum and it's causing a lot of damage just behind her ear which can affect her hearing. She can have episodes of pain that can last two to three hours and it's unbearable pain. It's quite hard watching and knowing what could happen. It's like we're on an emotional rollercoaster. In Croatia, the maxillofacial surgeons only offers cosmetic surgery when she turns 16, they doesn't want to put her on Methotrexate (witch is the drug for slowing progression down), but I was thinking that will be too late and I want to send her to the US. At the University of Wisconsin Hospital, Dr John Siebert, professor of surgery, is pioneering an early intervention where microsurgical reconstruction repairs the deformity and is believed to slow or even stop the disease. Parry-Romberg syndrome, also known as progressive hemifacial atrophy, is the progressive shrinkage and degeneration of the tissues beneath the skin, usually on only one side of the face. It can lead to loss of sight, severe pain and seizures and there is no known cure.

Dr John Siebert's procedure: The surgery involves taking tissue from an area of the body and transplanting it into the face. He has spent 20 years perfecting the procedure that not only repairs the deformity but may change the biology of the disease so the progression is halted. He has performed the special type of microsurgical reconstruction on about 300 people with Parry-Romberg syndrome. She is going to look abnormal, she's probably going to have to go through the best years of her life feeling different to everyone else. As a mother I have to weigh up my options on what is best for my daughter, not what comes free for my daughter.

My concerns are what tomorrow [will] bring and what she will go through, what she will deal with at such at young age....and throughout life.
Publicado por salud equitativa en 10:55