By Keynote ContributorDr. Sheba K. MeymandiDirector of the Center of Excellence for Chagas Diseaseat Olive View-UCLA Medical Center
Chagas disease is a parasitic infection caused by the protozoan Trypanosoma cruzi. It is most often transmitted by nocturnal, blood-sucking insects called kissing bugs. When the kissing bug feeds, it defecates, and the sleeping victim unconsciously scratches the bite scene and introduces the infected feces into their blood stream. 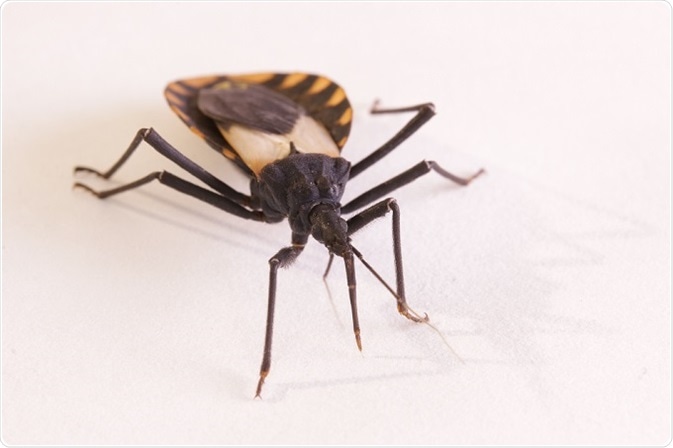 Credit: schlyx/Shutterstock.com
The disease affects not only humans, but several species of mammals, including dogs, raccoons, bats, and opossums. Chagas disease can also spread through blood transfusion or organ transplant, from mother to child in the womb, and via consumption of contaminated food.
A person who is newly infected may experience an acute stage with flu-like symptoms which is seldom recognized as Chagas disease. Afterwards, T. cruzi hides in organ tissue, especially within the heart and digestive system, and the infection is asymptomatic. 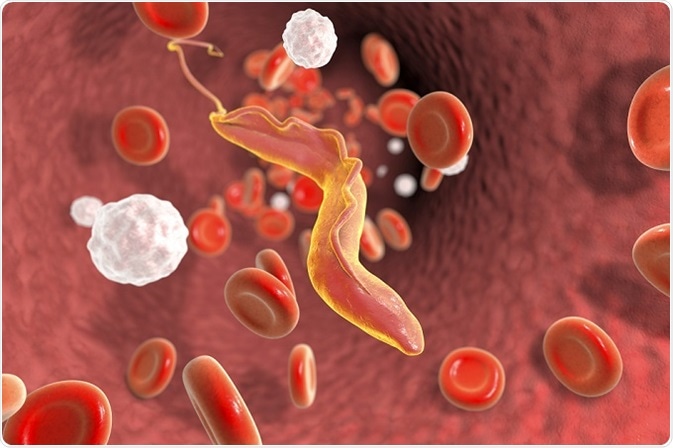 Credit: Kateryna Kon/Shutterstock.com
However, in 30-40% of infected individuals, chronic complications will develop, usually 20-30 years after transmission. Most often, Chagas disease causes cardiac damage and can lead to heart failure and death. Sudden death is a common outcome.
Chagas disease is on the World Health Organization’s list of neglected diseases because it predominantly affects poor people in rural areas of Latin America, and because it has received little attention from pharmaceutical research and development.
Over 6 million people worldwide have Chagas disease, the majority in Latin America. In the United States, many immigrants were infected as children or young adults while living in Latin America. Estimates suggest over 300,000 Latin American immigrants in the U.S. have Chagas disease.
However, it is important to note that kissing bugs also inhabit the entire southern half of the U.S., and Chagas disease has existed in the U.S. for centuries. While Chagas is often considered a foreign, exotic disease of the tropics, this characterization is inaccurate.

Since screening of the blood supply began in 2007, many infected individuals have been identified who never lived or traveled in Latin America. The extent of the disease in the U.S.-born population is unknown because there is no routine screening outside of blood donations.
Individuals from certain areas of Latin America are at higher risk, though, because rural housing construction (using natural materials such as mud and thatch) and insect behavior there cause higher rates of transmission.
Studies in Argentina demonstrated that treatment with antiparasitic medications could halt or significantly delay the complications of advanced chronic Chagas disease. Unfortunately, the results of a major clinical trial, BENEFIT, show that once such complications have developed, treatment may no longer be as effective. This makes it essential to identify patients early, while they are still in the indeterminate stage.
Yet, this is challenging because people in the indeterminate phase feel perfectly healthy and do not perceive a need to get screened or treated for a life-threatening disease. Furthermore, Chagas disease has been severely neglected by public health systems in Latin America and the United States.
There is an absence of health education campaigns about Chagas disease in the U.S., and we have found that the vast majority of people at risk of the disease have never heard of it. This is compounded by low awareness of Chagas disease among medical professionals.
Most U.S. physicians do not consider it in their differential diagnosis, even if patients are from highly endemic areas. Even if patients have been diagnosed, U.S. physicians are rarely up to date with treatment guidelines and may operate under the assumption that there is no treatment for the disease.
Patients who are diagnosed after giving blood often go from specialist to specialist in a vain effort to obtain treatment, losing months or years which could mean the difference between life and death.
The Center of Excellence for Chagas Disease at the Olive View-UCLA Medical Center in Los Angeles was founded in 2007. As a cardiologist, I frequently noticed Latin American patients with an unusual pathology which, upon further investigation, turned out to be Chagas disease.
Because there have been no major on-the-ground studies to provide evidence of the existence of Chagas disease in the U.S., we conducted a long-term screening campaign in Los Angeles. We collaborated with churches and other organizations serving the Latin American community and provided free screening at health fairs.
This was critical to our success because this community is highly marginalized and faces a host of barriers to accessing healthcare. A recently published study details the results of this campaign; of 4,755 individuals we screened, 1.24% had Chagas disease.
Patients with a positive diagnosis were given a full cardiologic examination (electrocardiogram, echocardiogram and Holter) and, dependent on age and clinical status, offered treatment.
The recommended first-line treatment can cause side effects, particularly in older patients. People older than 60 are usually not treated, partly because of the severity of the side effects and partly because they may no longer need antiparasitic treatment if they have not yet developed complications.
We have a simple protocol in place for managing the side effects which involves lowering doses and/or using supportive medications. Most side effects are mild.
Our research shows that roughly one out of every 100 Latin American individuals in Los Angeles has Chagas disease, and there is also an unknown number of U.S.-born cases who are infected locally by U.S. vectors.
Early detection and treatment of these individuals can halt or significantly delay cardiomyopathy and other life-threatening complications associated with Chagas disease, preventing a substantial burden of morbidity and mortality.
Moreover, a recent study in Europe shows screening for Chagas disease in primary care facilities is highly cost effective. Efforts need to be made to raise awareness of Chagas disease, both in the general public and the medical community, so that the neglect of this disease in the U.S. and elsewhere can finally be converted into proactive, compassionate care. 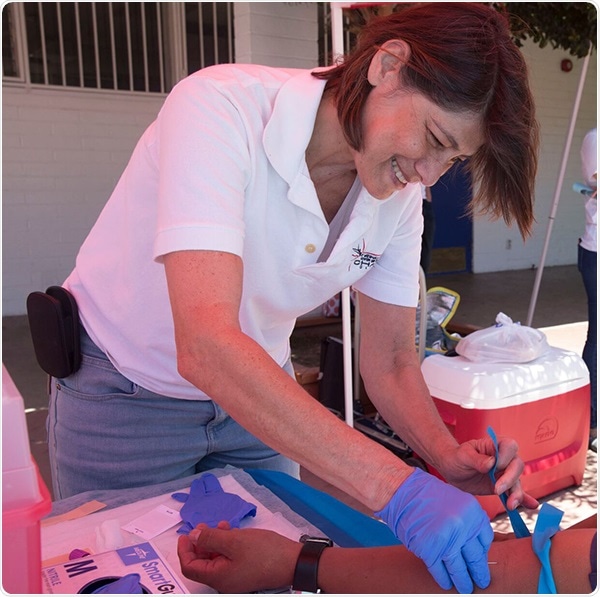