Take a Bite Out of Rabies! | Features | CDC

Take a Bite Out of Rabies! | Features | CDC

Take a Bite Out of Rabies!

September 28 is World Rabies Day. Established in 2007, it aims to raise awareness about rabies and help the world come together to fight this dreadful but neglected disease. Each year on this day, we are reminded that the fight is not yet over.
In the United States and most of the American continent, dying of rabies is rare thanks to successful animal control and vaccination programs. But around the world, rabies kills more than 59,000 people every year—that is nearly one death every nine minutes. Most affected are countries in Africa and Asia, and almost half of the victims are children under the age of 15. Several major health organizations, including World Health Organization (WHO), World Organization for Animal Health (OIE), and the Food and Agriculture Organization of the United Nations (FAO), have pledged to eliminate human deaths from dog-transmitted rabies by 2030.
The good news is that rabies can be prevented through vaccination, both in our animals and in people. On World Rabies Day, as we celebrate our progress, we must also renew our commitment to eliminate human rabies deaths.
Get the facts on rabies prevention and control, and become an advocate for rabies elimination. Find events in your area to participate in World Rabies Day activities.

The U.S. has been successful in eliminating canine rabies. Take steps to prevent rabies in your pets!

Children in Haiti bring their puppies to the rabies vaccination clinic. Learn more about what CDC is doing to control rabies in Haiti, which has the highest rates of rabies infection in the Americas. 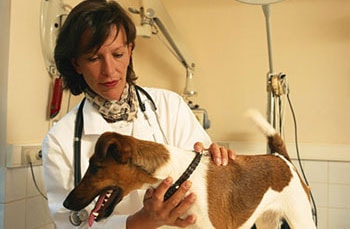 Be sure to take your cats and dogs to the veterinarian each year.

Raccoons, bats, skunks and foxes often get rabies and should be avoided.

In U.S., bats often spread rabies to other animals, but also to people.

The Challenge of Rabies

The group of viruses that cause rabies are present on every continent except Antarctica. Rabies viruses are deadly and can kill anyone who gets them. Every year, an estimated 40,000 people in the U.S. receive a series of shots known as post-exposure prophylaxis (PEP) after contact with a possibly rabid animal. The U.S. public health cost associated with rabies is estimated to be as high as $500 million annually.
People usually get rabies when they are bitten by an animal that has the virus. In the U.S., the animals that most often get rabies are wild animals such as raccoons, skunks, bats, and foxes. A particular kind of rabies virus, called canine rabies that spreads from dog to dog, is the cause of 98% of human deaths worldwide. While the U.S. successfully eliminated the canine rabies virus, we still need to keep our dogs and cats vaccinated to prevent this kind of virus from coming back, and to protect our pets from rabies viruses they could get from wildlife.
However, canine rabies is not controlled in many regions of the world and continues to threaten the health of people and animals in these areas. Scientists estimate there are about 500 million dogs in the world. In many countries, most dogs are unvaccinated and allowed to roam freely. When these dogs get rabies, they often pass the virus to their owners, family members, and neighbors. Vaccination of dogs is the best way to prevent human deaths.
CDC disease detectives and scientists work around the world to help start programs for better control of rabies. The most effective way to prevent the disease in people is to vaccinate the dogs. Scientists have shown that once 70% of dogs are vaccinated, rabies can be successfully controlled in that area and human deaths can be prevented. People everywhere will directly benefit from these efforts.

What You Can Do to Protect Yourself and Others from Rabies

Whether you are a pet owner, a parent, an outdoor adventurer or a backyard explorer, there are steps you can take to keep yourself and your family free from rabies throughout the year.

1. Take Pets to a Veterinarian for Their Rabies Shot

Pets, like dogs, cats, and ferrets, need to see a veterinarian regularly. A veterinarian can make sure your pets are up to date on their rabies shot, which can protect them from getting rabies. All dogs and cats should be vaccinated around four months of age, and then again one year later. After these two shots, your veterinarian will develop a vaccination plan that is best for your pet and complies with local laws. This is important, since animals that have not received a rabies shot and are in contact with potentially rabid wild animals may need to be quarantined for six months or euthanized.
Talk to your veterinarian about spaying or neutering your pet. This helps cut down on the number of unwanted and stray animals, which often do not have their rabies shot and are in close contact with wild animals.

2. Keep Away From Wildlife and Unfamiliar Animals

In the United States, more than 90% of all animal rabies cases reported to CDC each year occur in wild animals. The main animals that get rabies are raccoons, bats, skunks and foxes.
One of the best ways to protect yourself and your family is to avoid contact with wild animals. Do not feed or handle them, even if they seem friendly.
You should also avoid dogs and cats that are unfamiliar to you and your family. These animals may be in contact with wildlife and can also spread rabies to humans.
If you see an animal acting strangely, report it to animal control or your local health department. Some things to look for are:
Sometimes, people may come across a dead animal. Never pick up or touch dead animals. The rabies virus may still be present in the saliva or nervous tissue, especially if they have only been dead for a short time. If you see a dead animal, call animal control to take care of the animal’s body.

3. Keep Your Pets Indoors or Supervised

No matter where you live, rabies can threaten your family’s health. Fortunately, there are things you can do around the home to help reduce the risk of getting rabies.
While most wild animals are found primarily outdoors, bats can sometimes fly into buildings. This includes your home and even the room where you sleep. Every year indoor-only cats develop rabies because of bats in the home. It is important to keep all cats up to date on rabies vaccination, even if they never leave your home. Learn what to do when you find a bat in your home. There are also steps you can take to “bat-proof” your home.